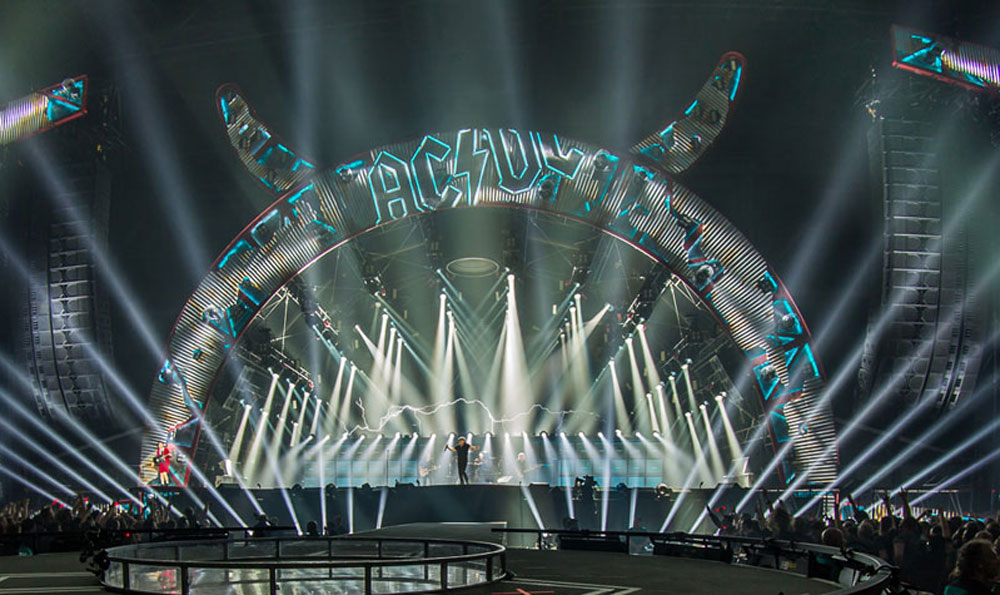 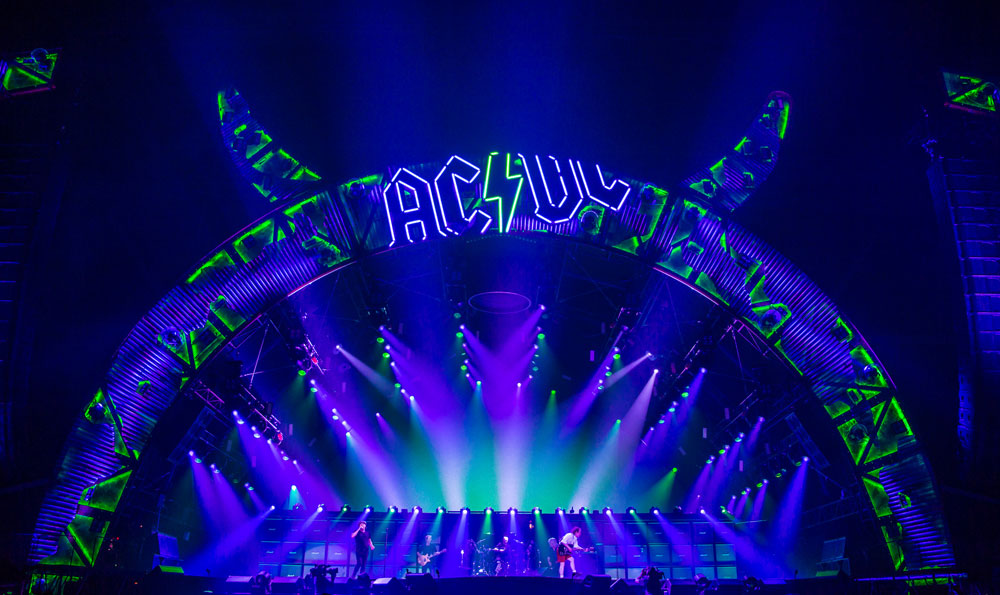 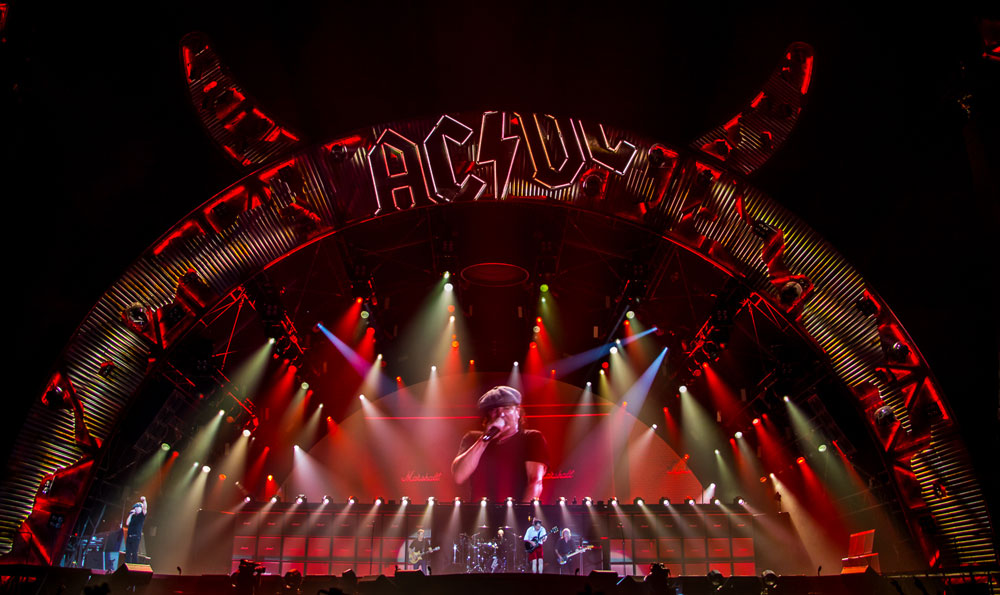 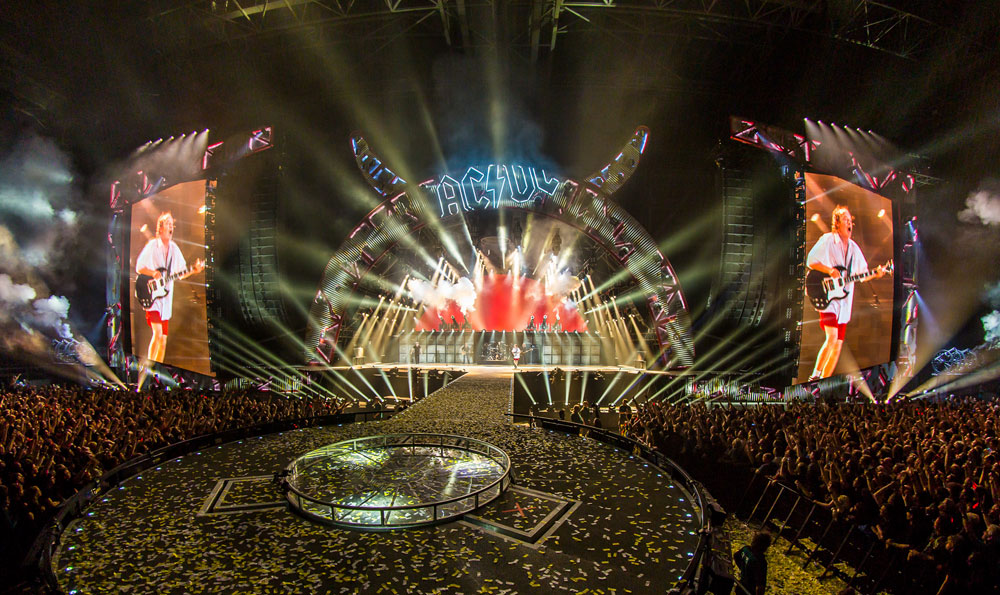 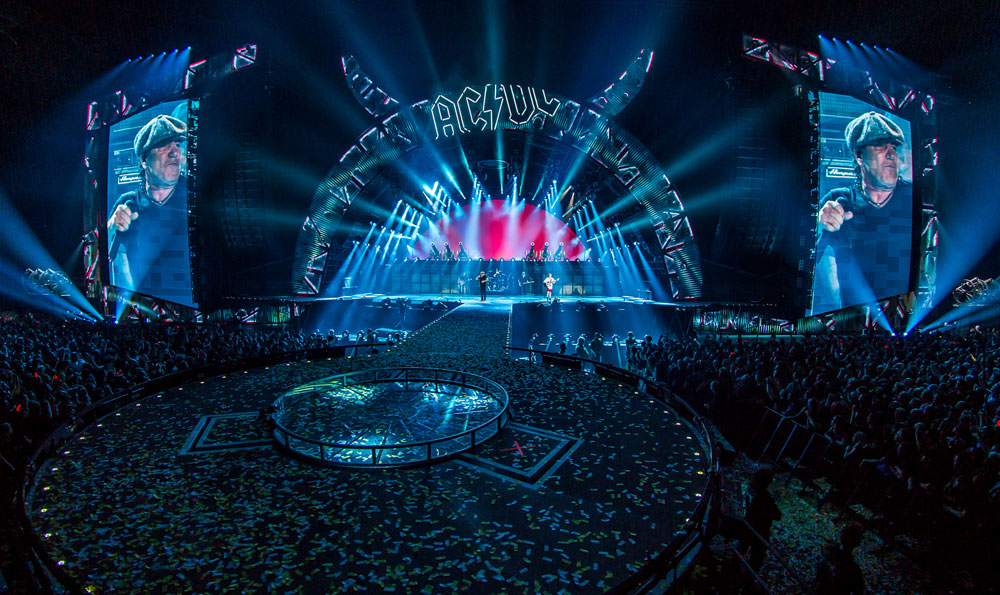 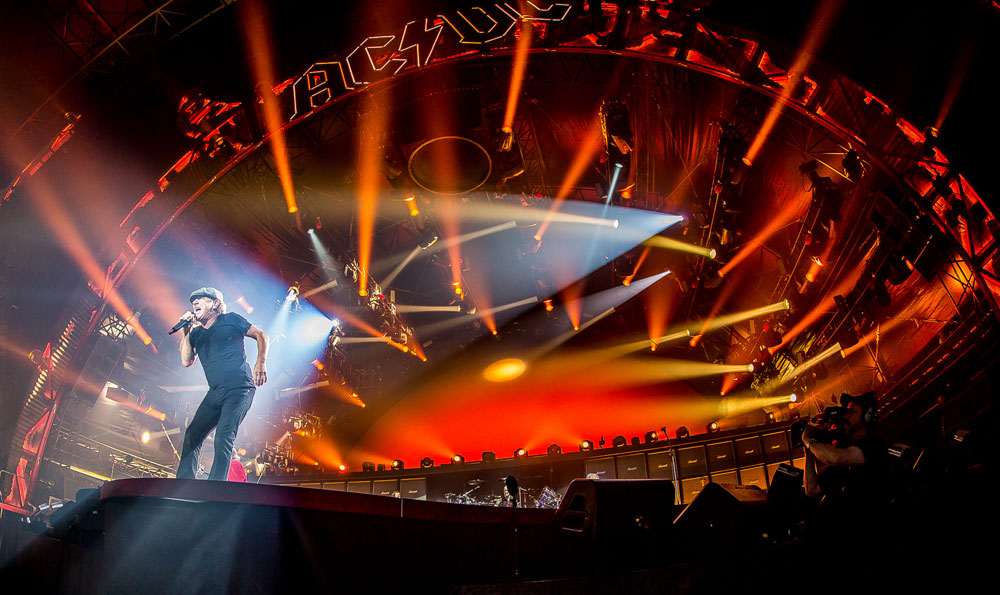 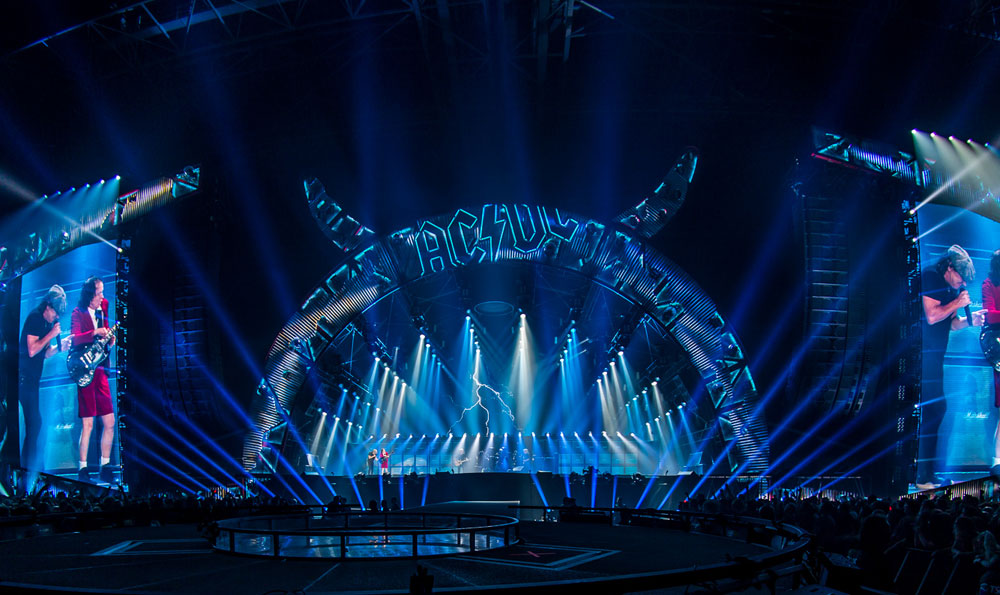 Giant riffs and lyrics about sex, drinking and damnation are the formula that made AC/DC one of the biggest hard-rock bands in music history. Starting in the 70s the Australians have conquered the globe since that time. Having sold more than 200 million records worldwide, including 71.5 million albums in the United States alone, they are the tenth-best-selling band in the United States and one of the world's best-selling bands of all time.

Classics like “Highway to Hell”, “For Those About to Rock”, “Thunderstruck” or “Hells Bells” are not only anthems for their fans but are known to everybody that even once in a while listens to music. Now AC/DC are back with their “Rock or Bust” World Tour to show - one more time - that they have earned their place amongst the “rock gods”.

Lighting designer and show director Patrick Woodroffe is again the creative mastermind for the tour design, for which lighting director Cosmo Wilson specified 2 x grandMA2 full-size consoles for control. Woodroffe explained his design ideas: “I wanted to create a big, large scale rock concert to fill the end of a stadium. Therefore I selected a tough, strong, ballsy lighting for this tough strong band!”

“I am a very hands-on ‘busking type’ of LD, I generally run the show old style, like we did on the classic Avo and Celco consoles, and the layout of the desk allows me to have my cue stack, but also have certain bumps on faders that I can grab and put in the programmer and actually write cues throughout the actual live show”, Wilson continued. “The fact that I can do a lot of things ‘on-the-fly’ really helps. It allows me to write cues in the heat of the moment and then come back the next day and clean them up. I am also very happy with both the speed and the stability of the console and look forward to each show day!”

Nature One is one of the biggest European festivals for electronic dance music, staged at the former Pydna U.S. missile base in Kastellaun, Germany, offering four different stages covering multiple...

Recently the event location “Güterbahnhof“ (goods station) in Bad Homburg, Germany, invited the “Nachtexpress” (night train) show to dinner! Five courses of the menu were joined by show acts that...