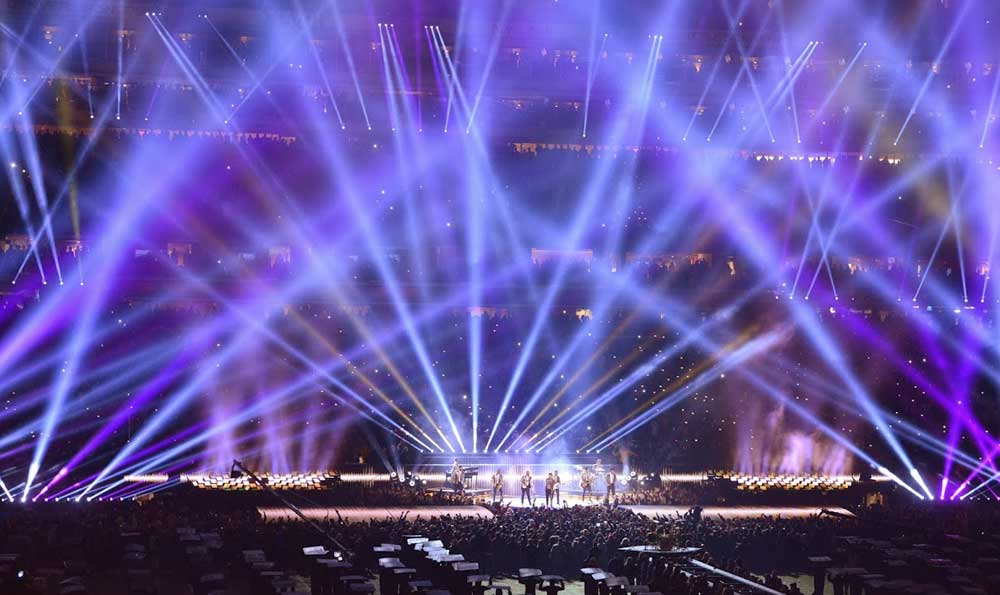 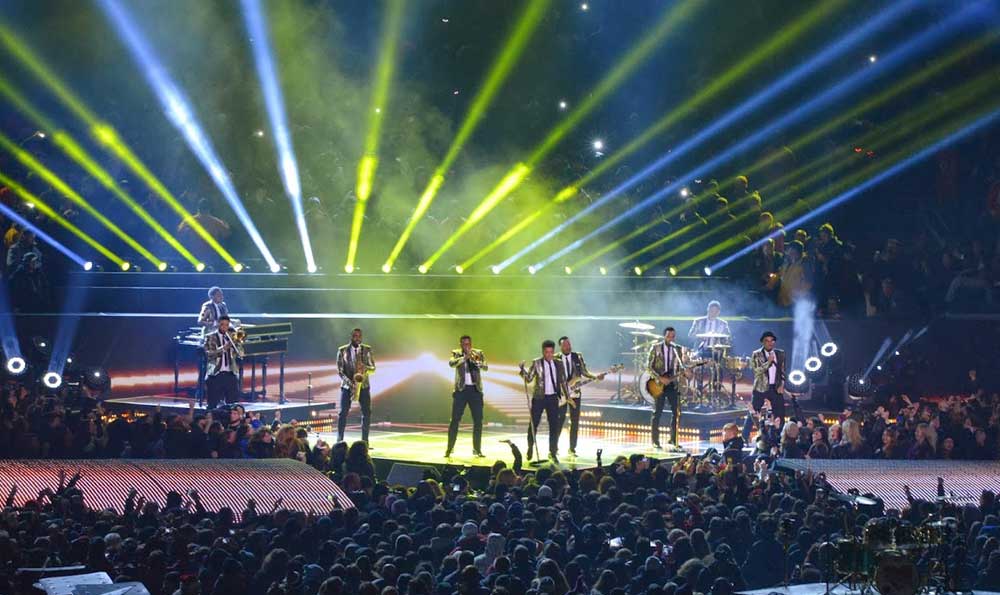 The Super Bowl Halftime Show always glitters, and Bruno Mars’s and the Red Hot Chili Peppers’s stellar performance at Super Bowl XLVIII was no exception. This year a grandMA2 light took command of the media. Lighting designer Bob Barnhart opted to have “a more rock ‘n roll vibe in the rig than the stylized, choreographed shows that we’ve seen in the past. Bruno wanted this to be more of a live rock show.”

Barnhart was challenged to capture that rock ‘n roll sensibility as well as prepare for winter weather conditions that might envelop the open-air MetLife stadium in New Jersey. “It was a question of what we could design that could survive severe weather,” he says. “Another factor was the limitations of rigging positions in the building and how we could symmetrically lay out the rig. We had to cover as much of the full stadium with the stage pushed back against the audience as we could.”

Jason Rudolph controlled all the media with a grandMA2 light; an additional system served as a back up. “I use the MA Lighting consoles for most of my shows,” he reports. “It performed great, as usual, which is one of the reasons it has become my console of choice.”

Ivete Maria Dias de Sangalo Cady is a Brazilian singer, songwriter, occasional actress and television show host. She is one of the most popular and best-selling Brazilian female singers, with six...

Queens of the Stone Age keep on rockin‘ with grandMA2

“Go with the flow”

Formed in 1996 in Palm Desert, California, the Queens of the Stone Age developed a style of riff-oriented, heavy rock music. Their sound has since evolved to incorporate a variety of different styles...