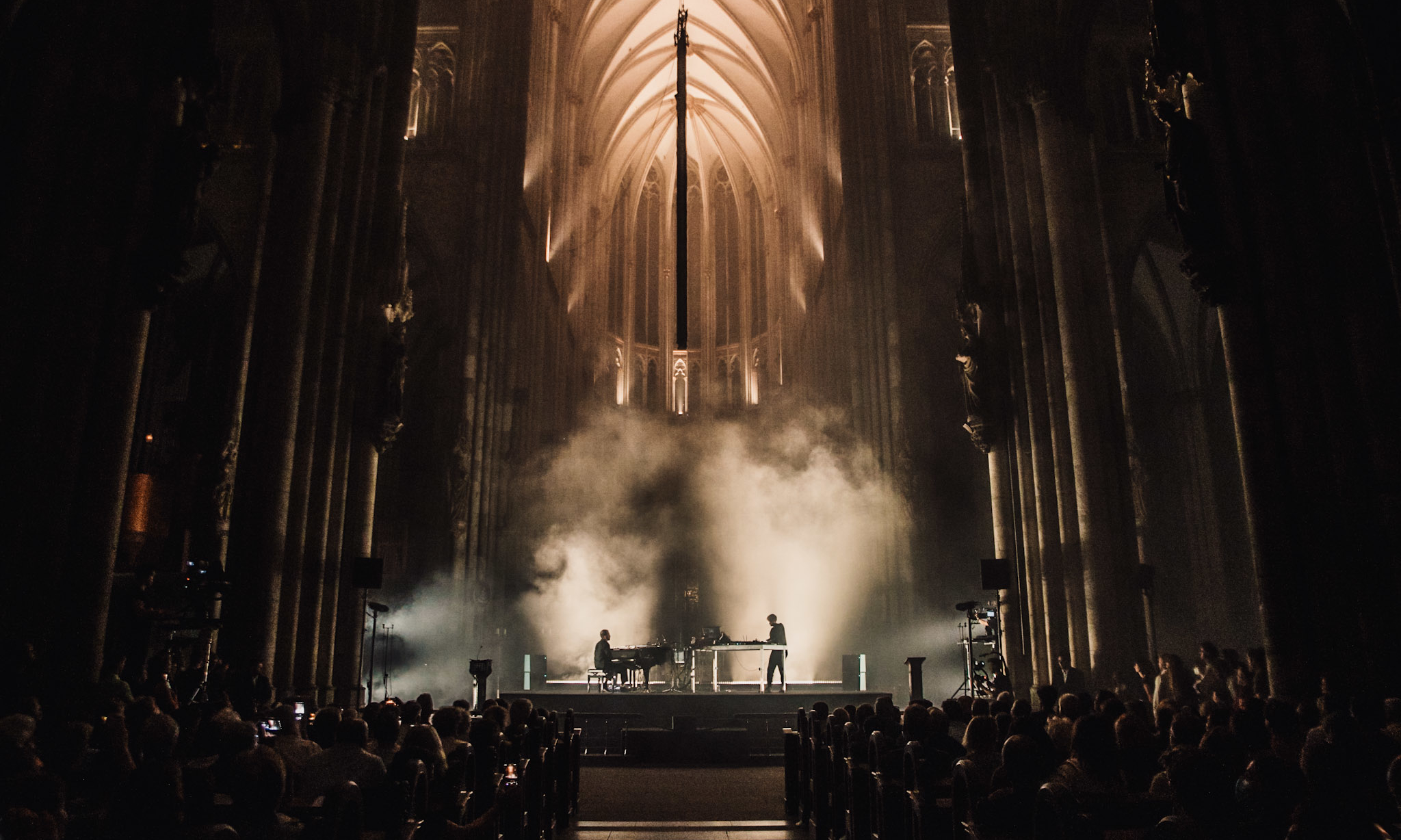 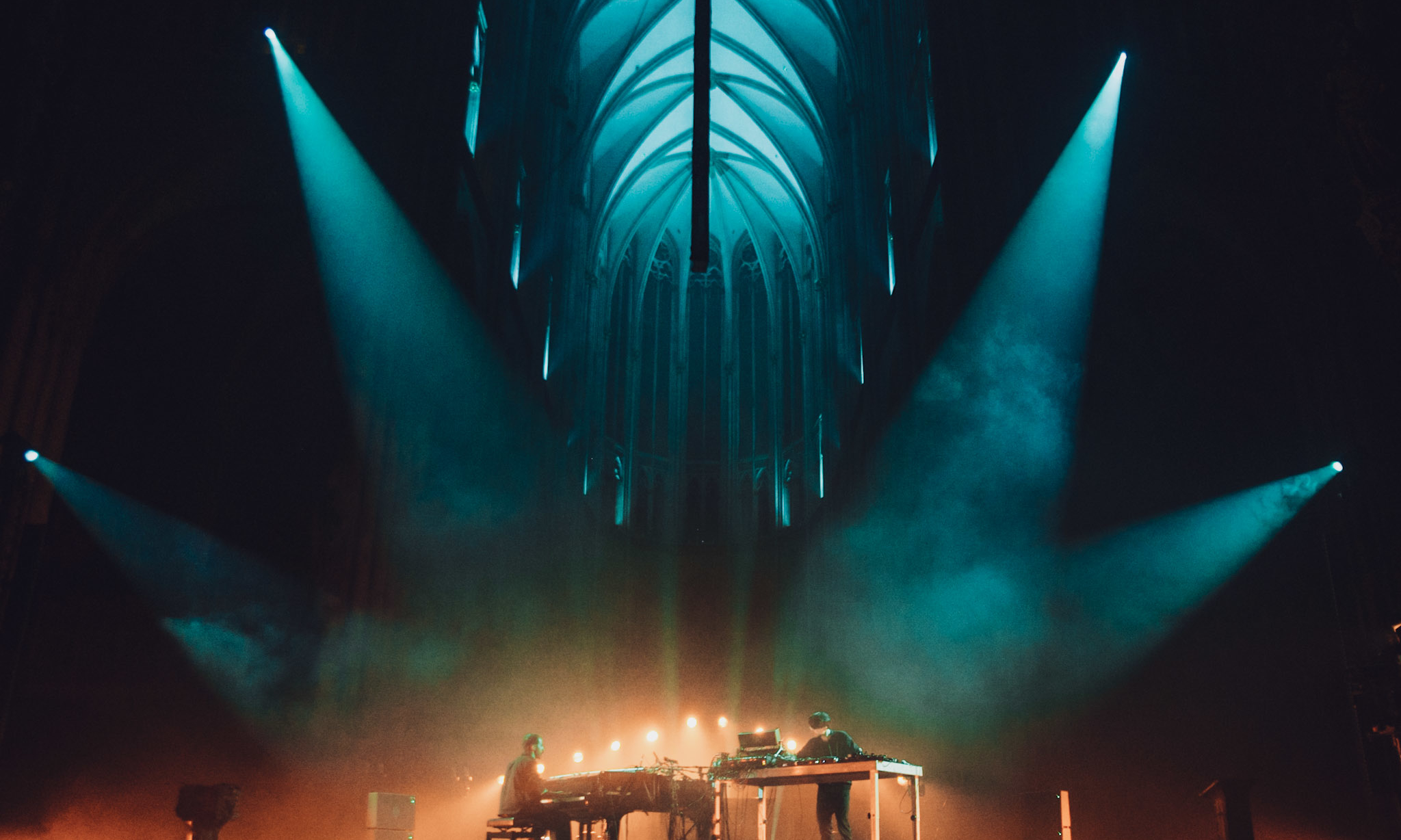 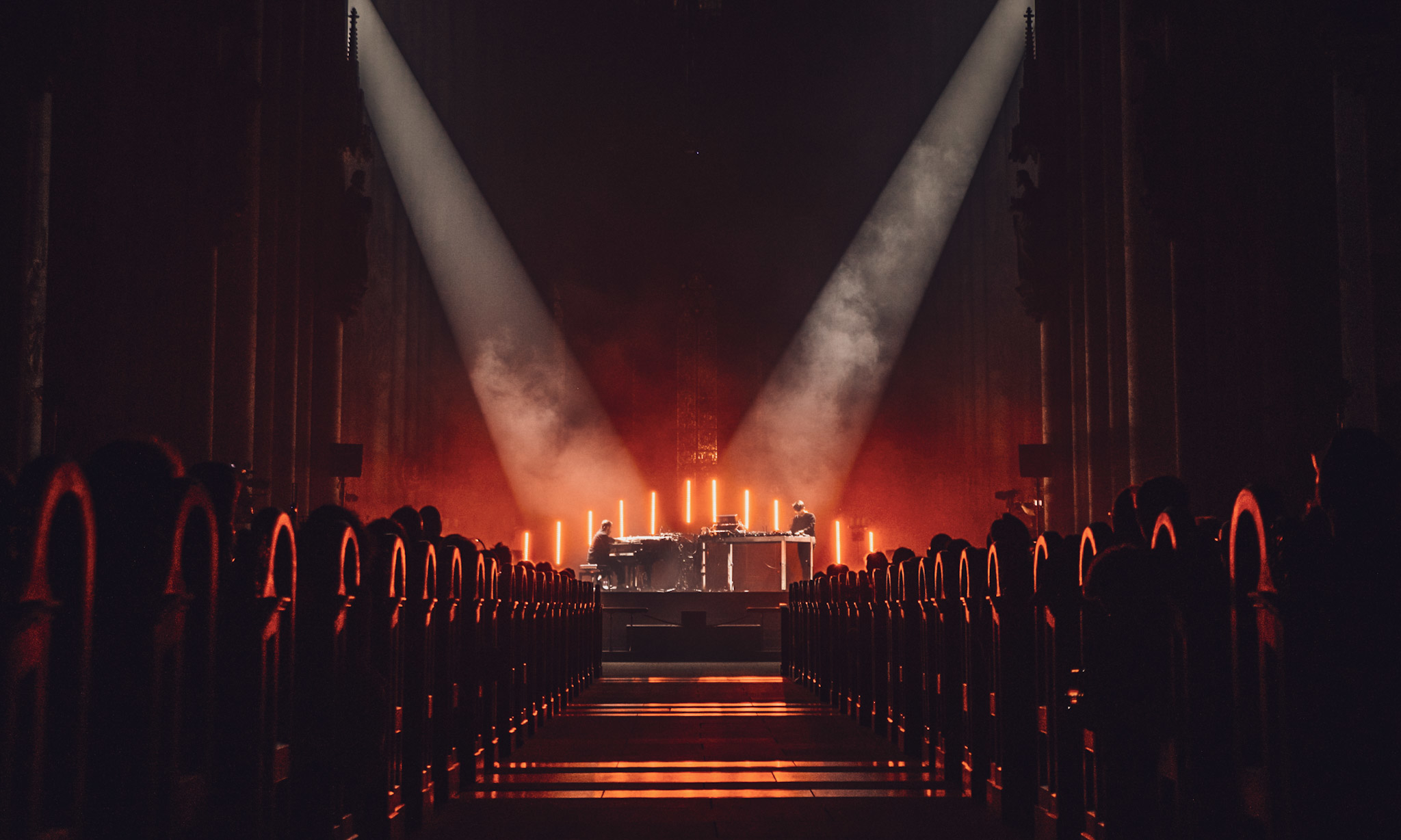 To celebrate 700 years since the 1322 consecration of the initial eastern part of Cologne’s impressive Gothic cathedral, German piano / electronic music duo Grandbrothers played a unique and truly spectacular gig within its hallowed walls. A UNESCO World Heritage site, the Cathedral’s 157 metre twin-spires are the tallest such styled church in the world, and it is Germany’s most popular visitor attraction.

Lighting designer Oskar Felix Funke chose a full MA Lighting grandMA3 control system to run lighting for this unique show that was recorded, both for a new album for later broadcast over the ARTE Concert network. The musical numbers were all specifically created by the artists – Lukas Vogel and Erol Sarp – to work optimally in the Cathedral setting, considering its vast size and acoustic nuisances like the very long reverb.

The performance was instigated by and the brainchild of the Cathedral’s master builder and architect Peter Füssenich, who oversees all ongoing renovation and maintenance works.

The show was staged in the enormous main nave of the building which is over 45 metres high and has a very special atmosphere. The plan is shaped like a Latin cross with two aisles on either side that help to support, at 45 metres tall – one of the highest Gothic vaults in the world.

Being a cathedral, a protected building and a very holy place, everyone had to think out-of-the-box in terms of a show design, and Oskar thought it was a perfect environment and occasion to use a grandMA3 light running software version 1.8.1.0 with Art-Net nodes.

A grandMA2 user and advocate for many years, he’d started working with the full grandMA3 system earlier in the year whilst touring with another band, initially with a grandMA3 onPC command wing set up. After approximately 40 shows he was very satisfied with the system and appreciated first hand its power and flexibility.

“For the tour I needed a good portable set up transportable on planes and trains so I could have my own control wherever the show, and for me it was the right time to make the switch to grandMA3,” he explained. The grandMA3 onPC command wing neatly packed down into a sensible sized Pele case for hand carrying presenting a perfect solution.

Following the 1.6 software release, he realised grandMA3 would “suit my workflow very well” and while he had to adapt some aspects of this, the change was essentially very smooth, and he really likes the grandMA3 hardware.

Having had that club tour and all those shows under his belt, Oskar didn’t hesitate to specify the grandMA3 light for the super high profile Dom show.

For Grandbrothers he doesn’t generally use cue stacks or timecode, much of the operation is live, hand-crafted, largely structured with some improvisation, and he has a very musical way of operating the lighting. grandMA3’s Recipes – which can be stored in cues and presets – fit his workflow nicely and these are great for quickly changing and updating.

He will sometimes receive MIDI triggers from the band for different pages, and each song will have its own distinctive feel and attributes, so it’s a straightforward but precise showfile.

One of the cool things he found in moving to grandMA3 was that Colour Picker was already implemented enabling the copying of existing and creation of new attributes; and he also appreciated being able to change or swap fixtures easily when using different house lighting rigs. “This has been developed very logically,” he notes.

He is eager to explore the huge potential of using Phasers a lot more for quickly and efficiently creating new looks and scenes.

Overall, he loves the grandMA3 system and thinks it is way better and more functional than its first predecessor, especially for anyone who needs or wants to travel with their own console.

The biggest challenges of building the Dom light show were integrating with such an awesome space – the scale of which cannot be fully understood until you are actually standing there for real – and finding positions for lights that were accessible and would look good.

Being a listed building – the foundation stone had been laid in 1248 – and a non-regular gig, serious care had to be taken with rigging. Only one set of flying points was available, so all other lighting and production elements had to be either ground supported, - taking care not to damage the floor or walls - or rigged 25 metres up on the balconies overlooking the Nave.

Oskar created ‘modules’ of lights which could be used together or stand-alone. He needed grand dramatic looks that worked well for the show and respected the architecture and aura of the space as well as more intimate and cosier looks that closed everything down.

All of this had to be imagined without the convenience of an exact 3D replica for pre-viz which made the task complicated and more exacting than a standard show!

Some pre-programming was possible, but most of the show was built during three overnight sessions on site before show day. The production team could not work during the day as the Cathedral remained open to the public, another logistic to be overcome in the planning.

In terms of lighting, 10 metres of GLP Impression X4 Bar20 LED battens were flown along the central length of the Nave, with more upstage on the floor, complemented with GLP Impression FR10s plus additional X4 Bar20 battens around the sides of the stage and along the front in footlights positions.

Four Robe MegaPointes were deployed on the balconies which beamed powerfully and elegantly down to the stage at steep angles, with another 16 rigged in a 4x4 matrix pattern upstage, providing some epic geometric looks set back approximately 10 metres back from the stage.

On the 22-metre-high balcony, 24 moving lights were deployed – 20 x Robe LEDWash 800s and four JB Lighting P9 beams and these cut in from the sides looking elegant and dramatic.

Sixteen Cameo Zenit W600s LED wash fixtures were used to highlight the general church architecture, grazing up and around the 120-metre-long room, with 8 Martin Atomic strobes and twelve PAR 64s completing the lighting detail. It was not a massive rig but used judiciously and intelligently to reinforce the vibes for this unique performance concept which was enjoyed by a live audience of 2,300.

All the lighting equipment was supplied by NeoSolution including the grandMA3 light, with Oskar using his own grandMA3 onPC command wing for backup.

Assisting Oskar on art direction was Dominik Grötz. The show was production managed by Sebastian Koch of Brace Production.

He concluded, “It was a completely amazing experience all round, working with a great team in a fantastic location to produce an exclusive performance using excellent technology. It was a real honour to be involved!” 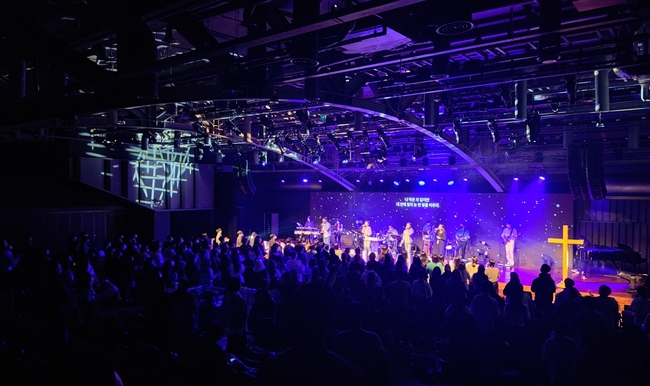 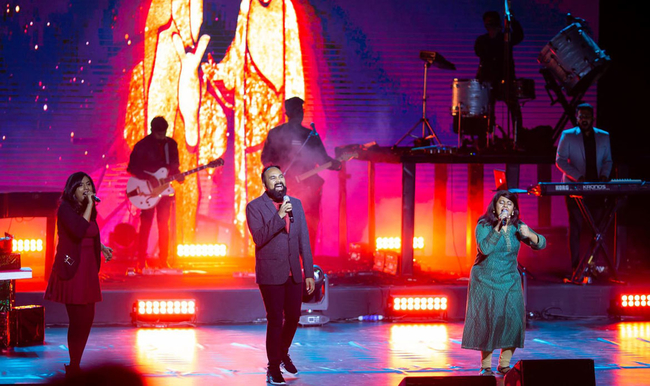 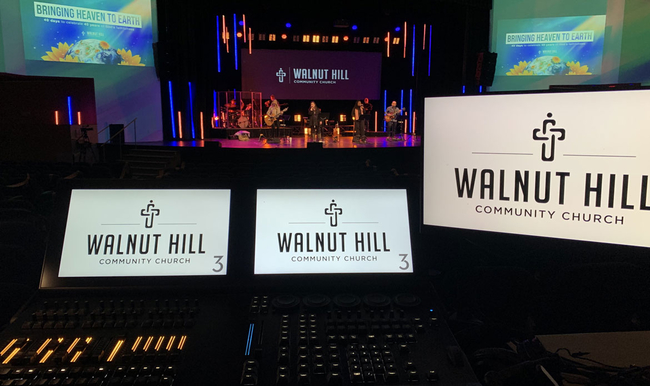 “Easy transition from grandMA2 to grandMA3”: 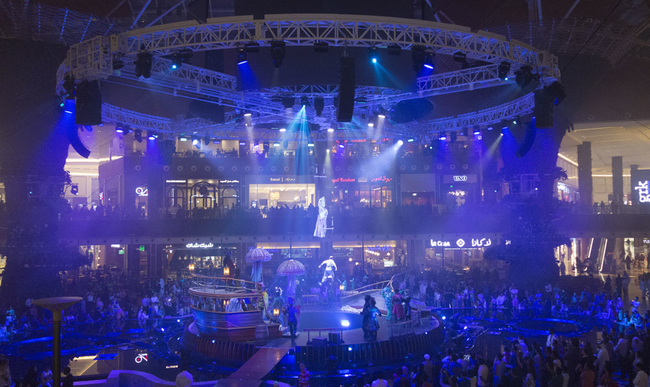 grandMA2 in der Mall of Qatar