A collection of talents 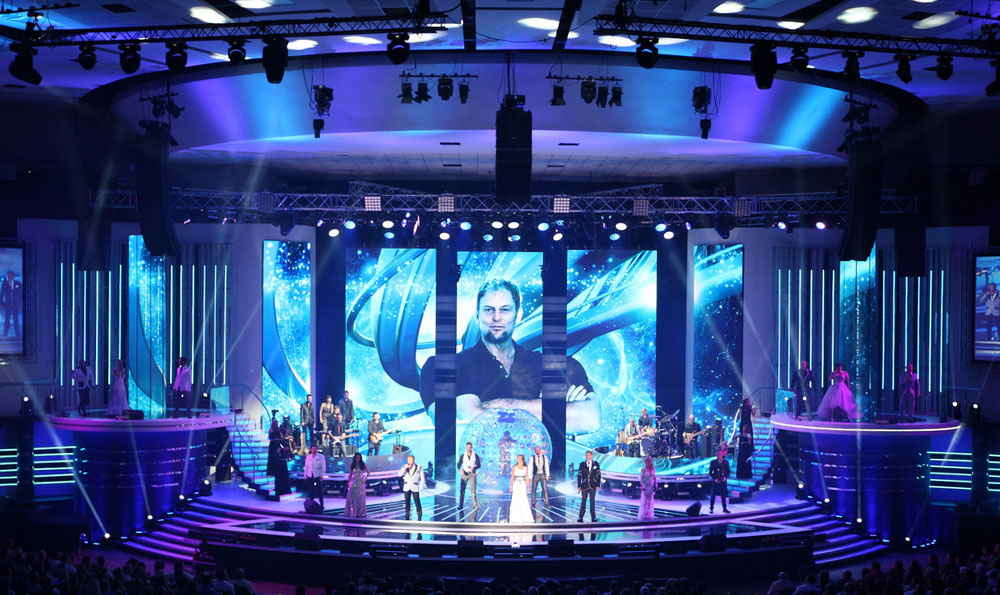 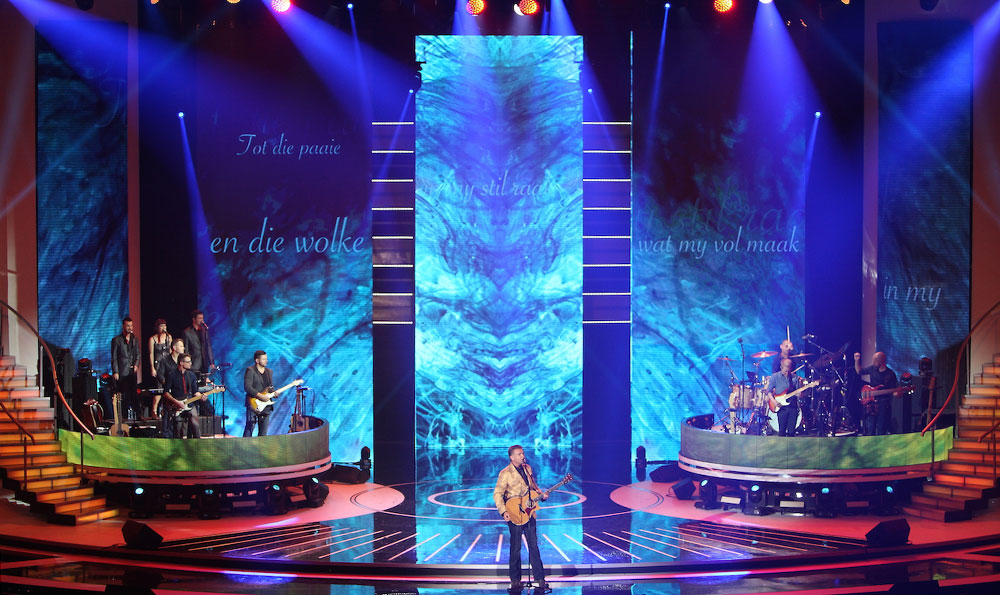 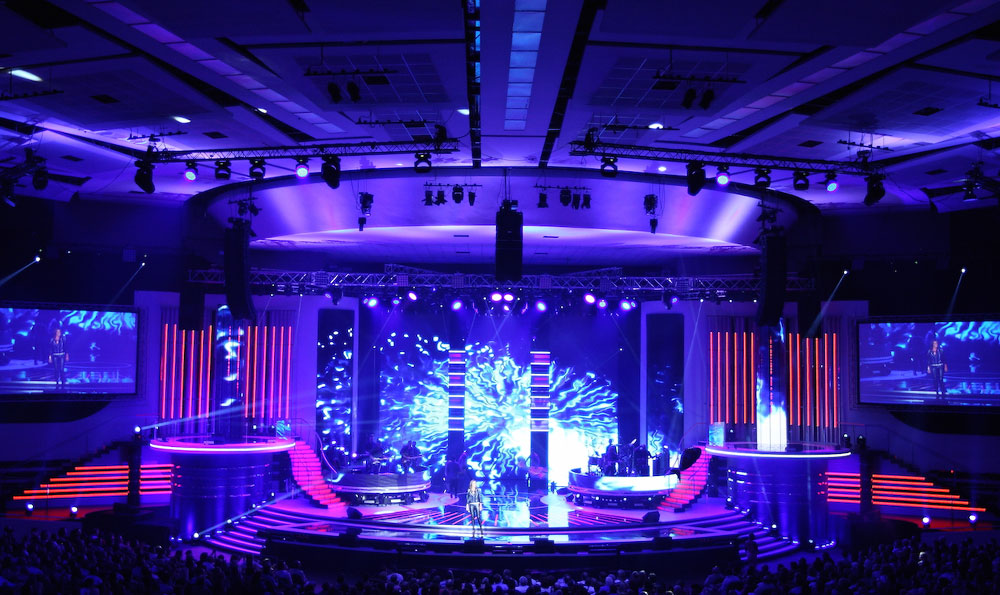 Featuring this amount of talent meant that the set and production had to be on point. Designed by Michael Gill and built by Gearhouse SDS, the set was the perfect balance of light and metal finishes. The lighting was conceptualised and programmed by Mauritz Jacobs of Dream Sets. Jacobs thoroughly enjoyed the task. His basic objective was to light for a live show that had five LED walls to compete with, and also light for the DVD recording.

A production of this magnitude is no mean feat. It was for this reason that the team called on, for a second consecutive year, the project management skills of Denzil Smith. Smith’s meticulous planning, along with his passion ensured that his MGG team, the sole technical supplier, put many hours of hard work into the pre-production and build.

While the Moreleta Church Auditorium catered for some 7100 audience members and was perfectly central and well maintained, the team had to overcome a few obstacles with regards to rigging points and height restrictions. Jacobs also recalls how the show “looked beautiful on stage, but we couldn’t see anything on television.”

“Not only were the audience and the performances phenomenal, but the team that pulled this show together was too. With a project of that magnitude, it’s all about team work. If everyone didn’t pull their weight, it wouldn’t have succeeded,” said Jacobs. “A special thank you must go to the entire team from MGG Productions, and to Herman Wessels and Marcell Wahl whose efforts did not go unnoticed.“