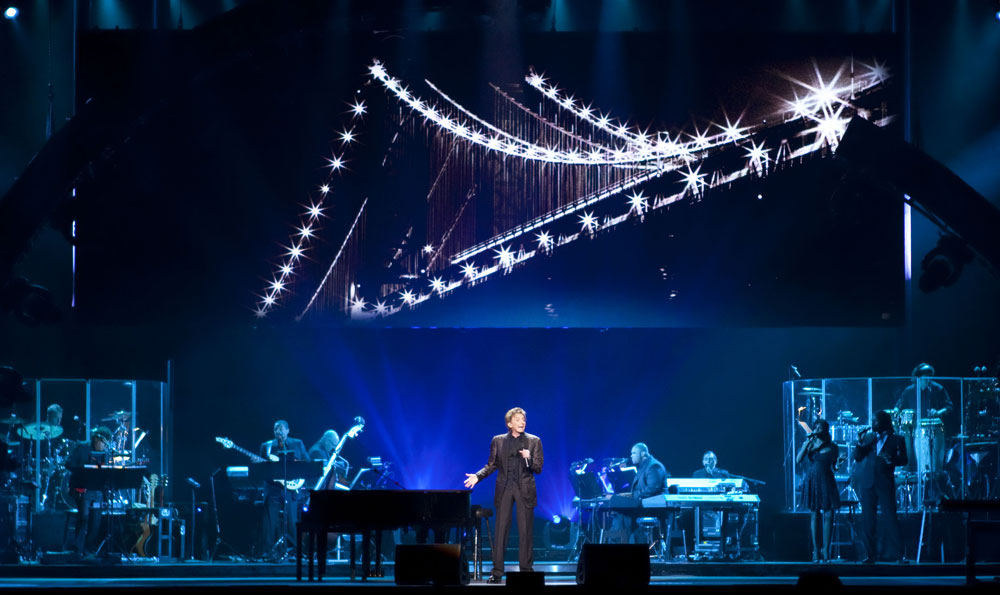 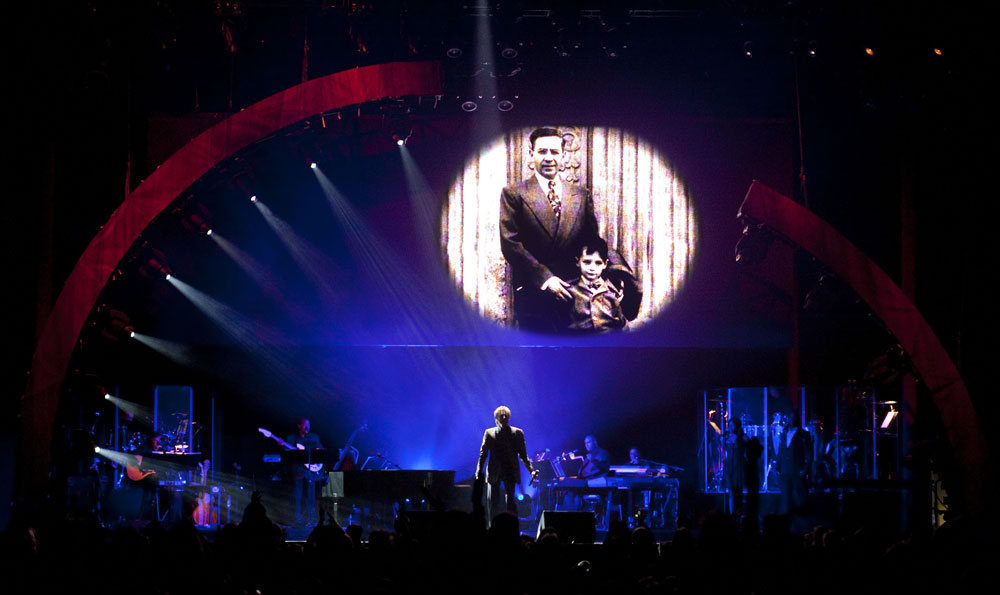 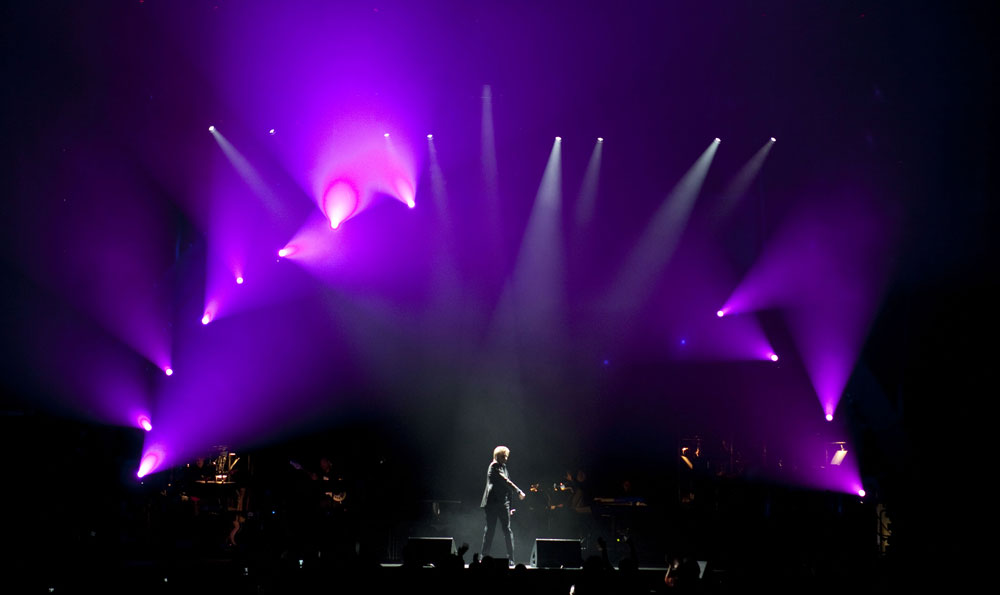 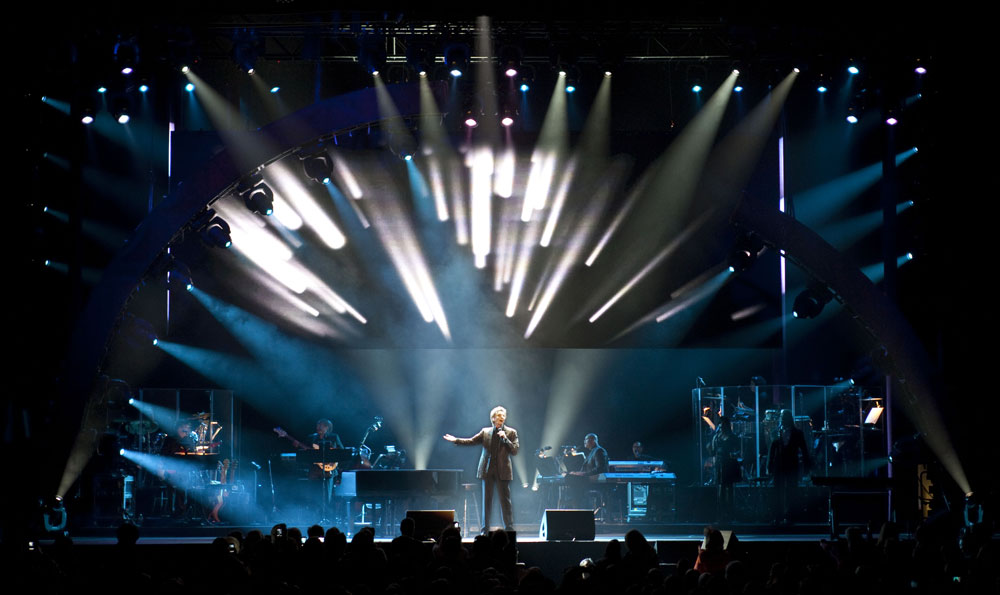 Multi Grammy Award-winner Barry Manilow returns to Broadway for the first time in more than two decades and this time he’s accompanied by grandMA2 consoles. Bandit Lites supplied the grandMA2 ultra-light consoles to the St. James Theatre for the entertainer’s limited-run engagement featuring a huge catalogue of his hits.

Once settled into the St. James Theatre Jackson began to use a pair of grandMA2 ultra-light consoles to control more than 70 lights, most of them moving heads. The desks also controlled a front of house truss with conventional fixtures.

Jackson runs a pair of d3 media servers on Art-Net through the consoles as well. “It’s very helpful to have the grandMA2 for that purpose. They run seamlessly.”

When Manilow finishes his New York engagement his show will revert to a touring model, Jackson reports. But for now, “the grandMA2 ultra-light are rockin’ away” on Broadway, he says.

Jackson programmed with his two associate designers, Nathan W. Scheuer and Brent Sandrock.  The lighting director for the tour is Jason Workman