Soundgarden takes MA on its “King Animal” US tour 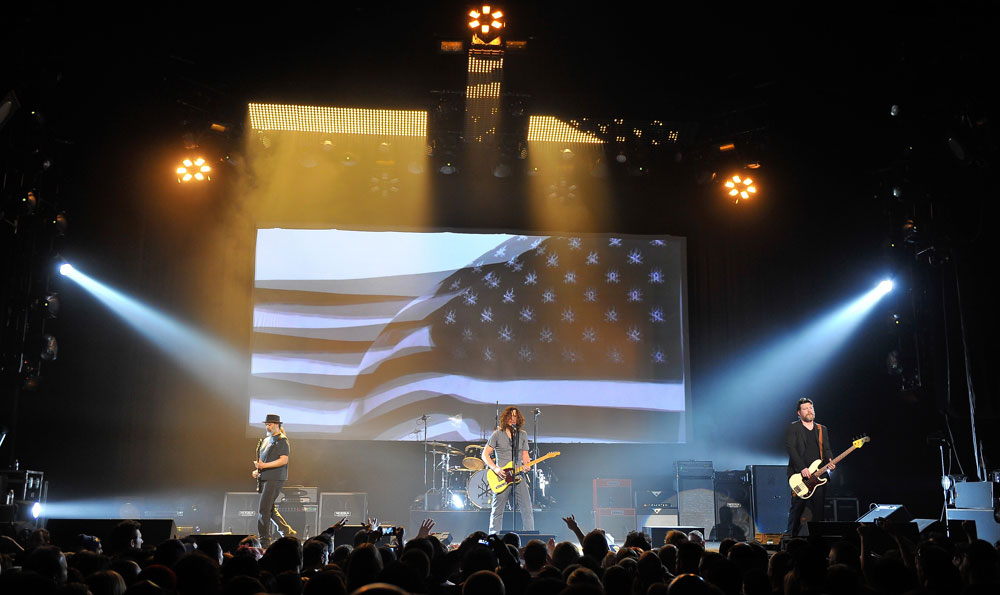 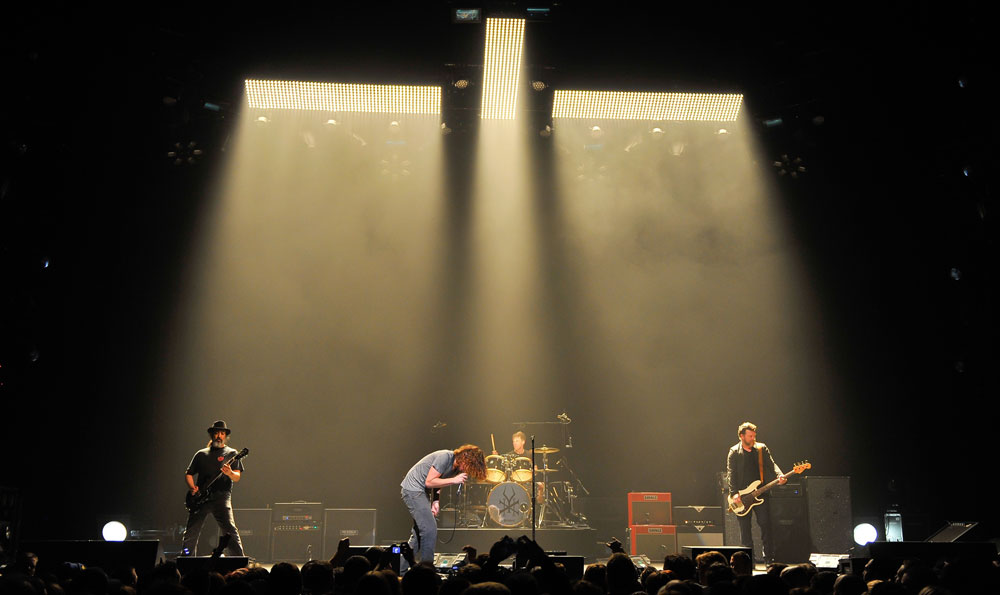 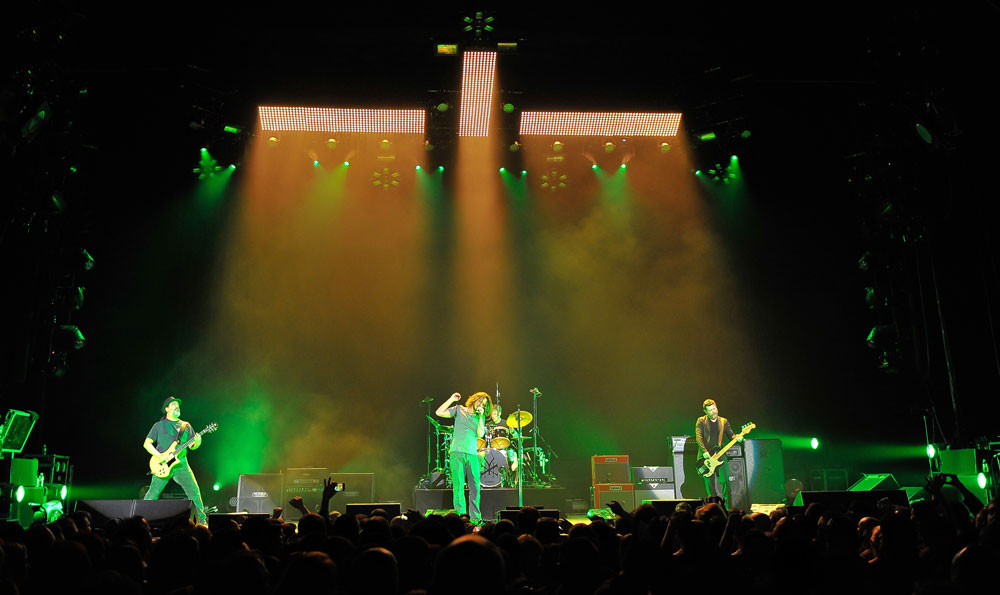 “We designed a show very specific to a theater space,” says Justin Collie, production designer with PEDG. “The tour is a high-tech ‘old school’ theater production. We used 60 of Chromlech’s Elidy-S panels, arrayed as truss fascia. We selected them for the novelty of the fixture and because they fit in very well in terms of the color temperature. They feel like an old-school lamp but have an ultra-modern effect. They give a nice warm tungsten color temperature, and you can map media servers to them. It’s very easy to get effects, and we can make specific QuickTime Movies to get very precise effects.”

Lighting designer Kille Knobel configured the Elidy modules in three large rectangular panels rigged “like a roof” with two horizontal and one vertical. “I saw a demo online and thought they looked really beautiful,” she recalls. “I’m a huge fan of tungsten fixtures, and these really had a true tungsten feel about them for an LED. Also, I could pixel map them as well as use them as a light source. They’ve got a beautiful look, and we’ve gotten some really good effects out of them.”

The King Animal Tour marks Knobel’s first time using a grandMA2 as well. “It’s an incredibly powerful console with a level of flexibility and user-definable options that outpace other desks,” she says. “The sheer creativity and the power of the console really drove me to use it.” Jason Baeri is the grandMA2 programmer for the Soundgarden tour.