Slipknot prepare for hell with grandMA2 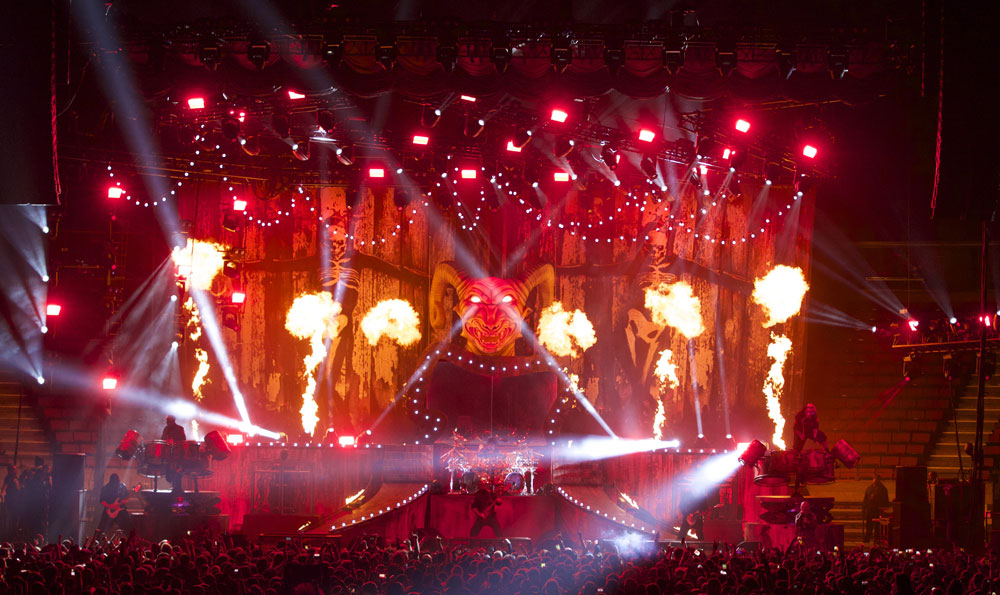 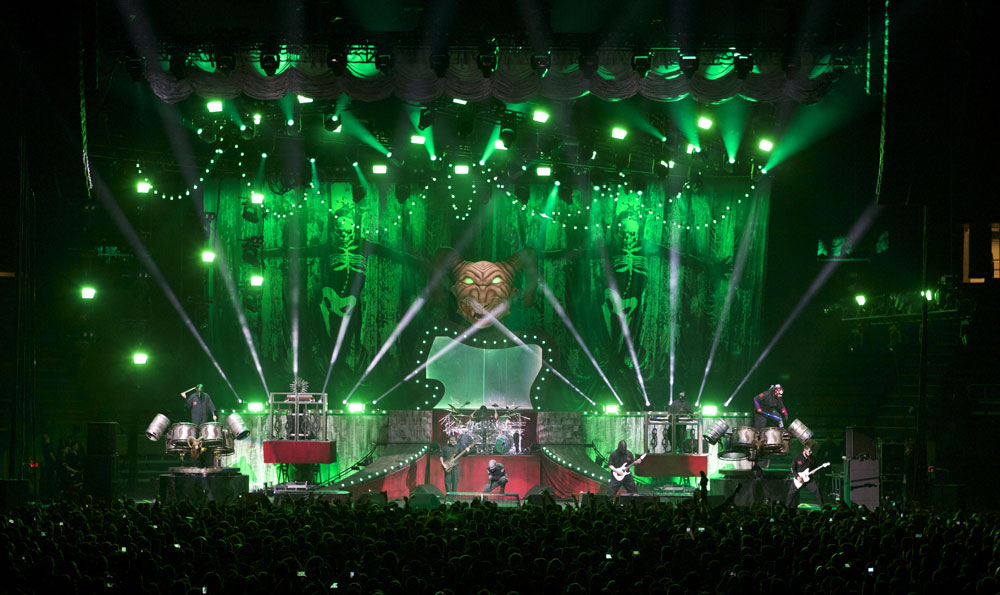 Masked rockers Slipknot are making headlines with a fifth album release, the addition of new band members, their Knotfest concert series and the launch of the “Prepare for Hell” tour – and a grandMA2 console is along for the wild ride.

The band just marked the debut of their fifth studio album, “.5: The Gray Chapter,” which was quickly followed by performances at their own Knotfest in San Bernardino, California. They began headlining the “Prepare for Hell” tour afterwards.

Trevor Ahlstrand, lighting designer/production designer for Slipknot, is using a grandMA2 full-size and amongst others 30 Clay Paky Stormy, obtained from Christie Lights, on the shows. Ahlstrand chose the grandMA2 for the show for “its reliability and worldwide availability.” It’s been his console of choice for several years during which time he’s seen it “become the standard at most festivals around the world. That makes it very easy to walk in and clone your show then just add their MA NPU (Network Processing Unit) and everything is good to go.”

He says the grandMA2’s “speed and precision with individual parameter timing and effects are great and so easy to use. It also has such a flexible layout giving me different options and preferences with multiple user profiles, such as for the show’s lighting director Greg ‘Little G’ Kocurek.”