grandMA2 joins Fall of the Wall 25 Years Celebrations in Berlin 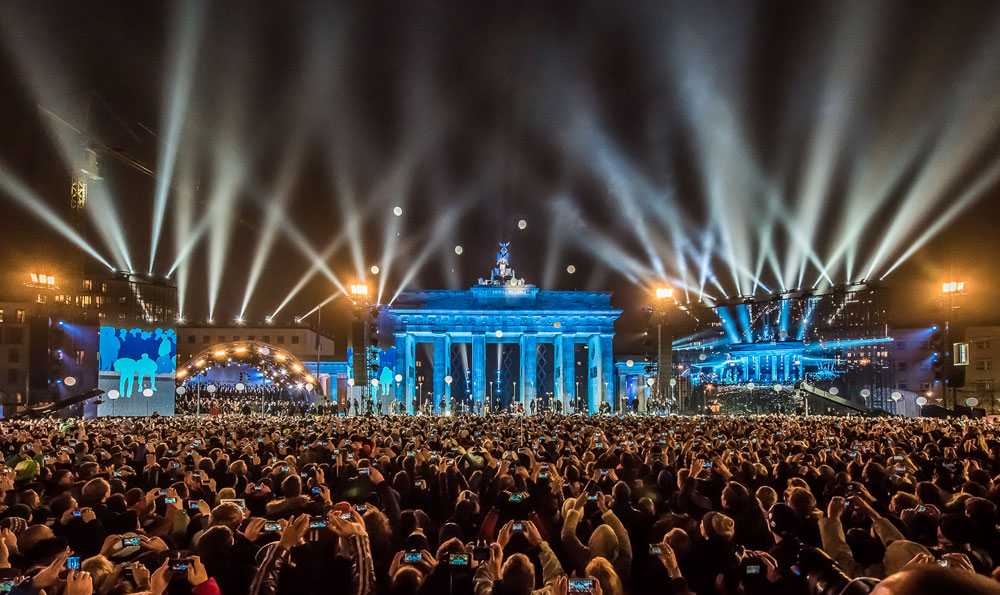 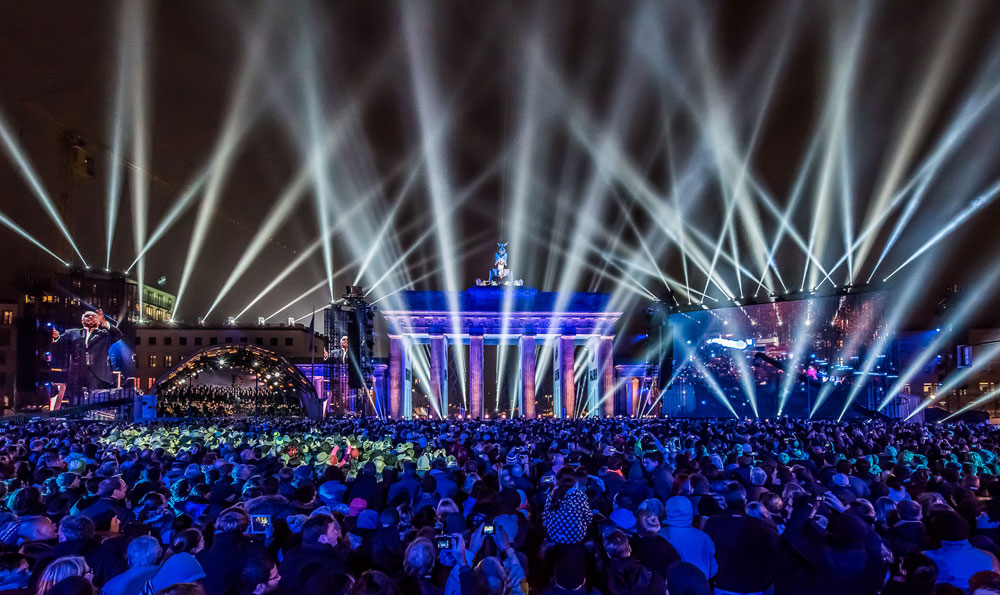 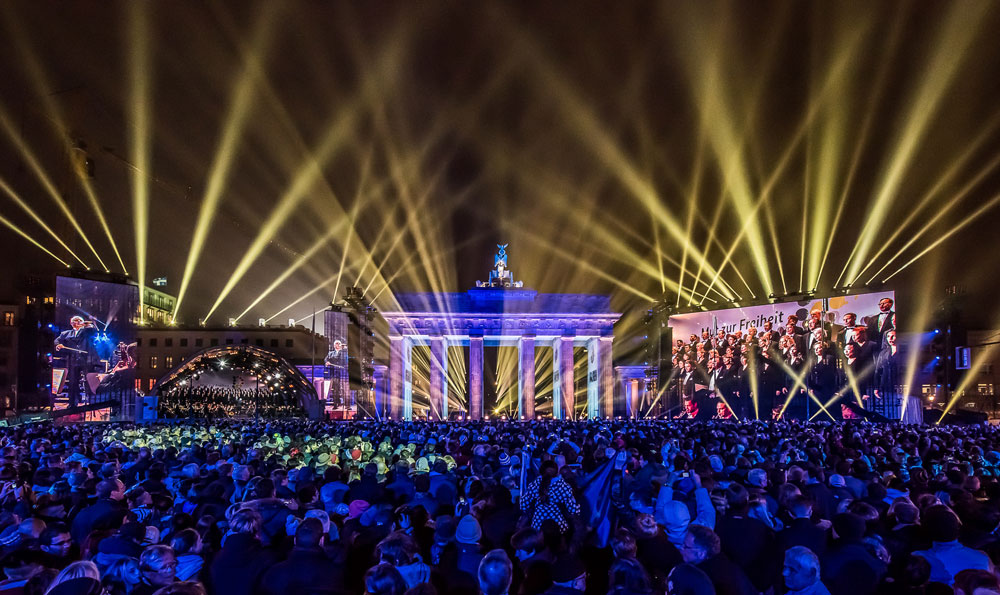 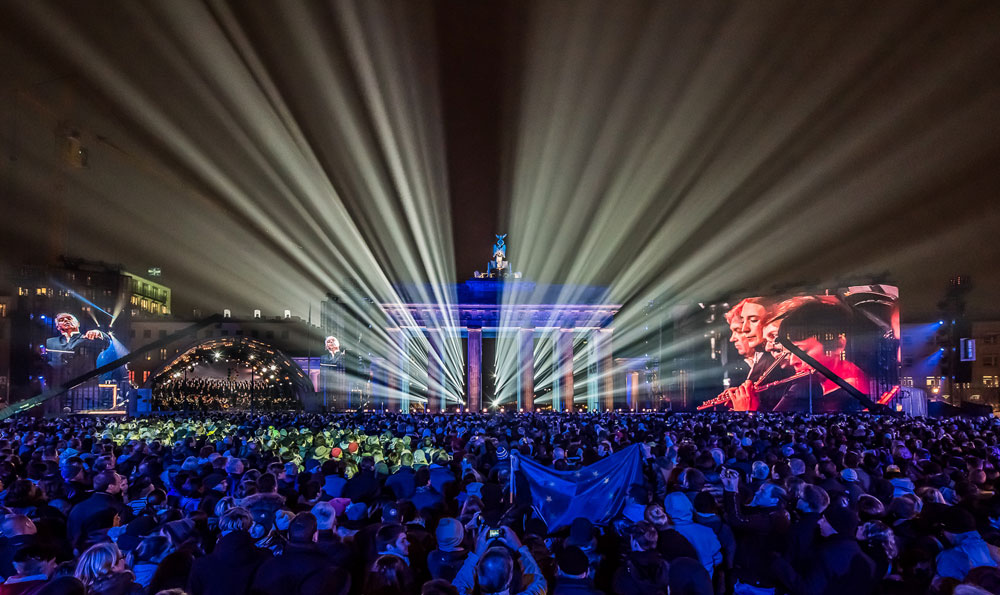 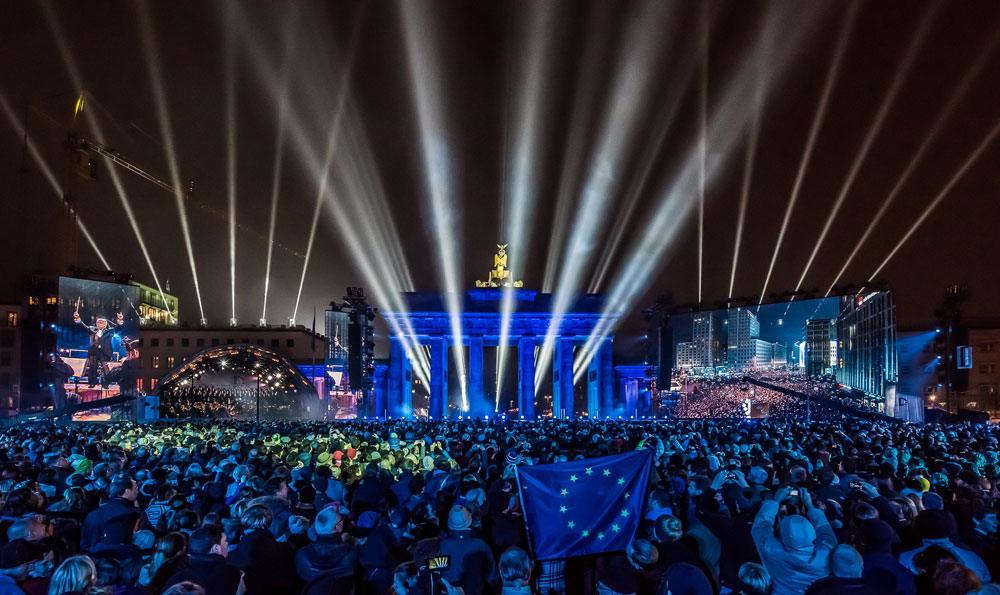 When the infamous Berlin Wall finally ‘fell’ in 1989, it was not only an event of national importance it touched the entire world as a peaceful demonstration led to the end of an authoritarian regime. The recent celebrations at the Brandenburger Tor (Brandenburg Gate) heralded the slogan “Mut zur Freiheit” (Courage for freedom). One of the many highlights was the “LICHTGRENZE” (Border of lights), a project tracing 15 kilometres of the former Wall’s course with 8,000 white helium filled balloons.  To the sound of Beethoven’s 9th symphony played by the Staatskapelle Berlin under the direction of Daniel Barenboim, these balloons were released one-by-one and flew up into the night sky over Berlin.

Hermann described the basic ideas for the lighting design as follows: “The Brandenburger Tor was the star of the many events happening in Berlin that weekend, and this needed to be emphasised. It was especially important for me to make a three dimensional impression, and using LED flood lights, blinders and strobes we could illuminate multiple surfaces and create this effect. Because of the Clay Paky Supersharpy and Mythos fixtures it was possible to illuminate the Brandenburger Tor from both the sides and the front as well as shining right through the Gate. Thanks to the light weight of these new Clay Paky moving lights, we built 13 metre high free-standing towers behind the gate and rigged them with Supersharpy. When the symbolic ‘fall’ of the wall took place in the show, the sun literally rose behind the Brandenburger Tor!”

“Of course this was a very special event for me, not just because of the international attention, but also as a German and more recently as a Berliner”, Hermann continued. “I would also like to mention the great cooperation with all involved. Companies like mediapool event services for the overall production, phase7 for the show production, PRG as the technical supplier and of course my team. All helped deliver an extraordinary piece of work which is truly memorable. Additionally I would like to thank Lightpower (MA Lighting’s distributor in Germany and Austria) as well as MA Lighting themselves for their great support.”