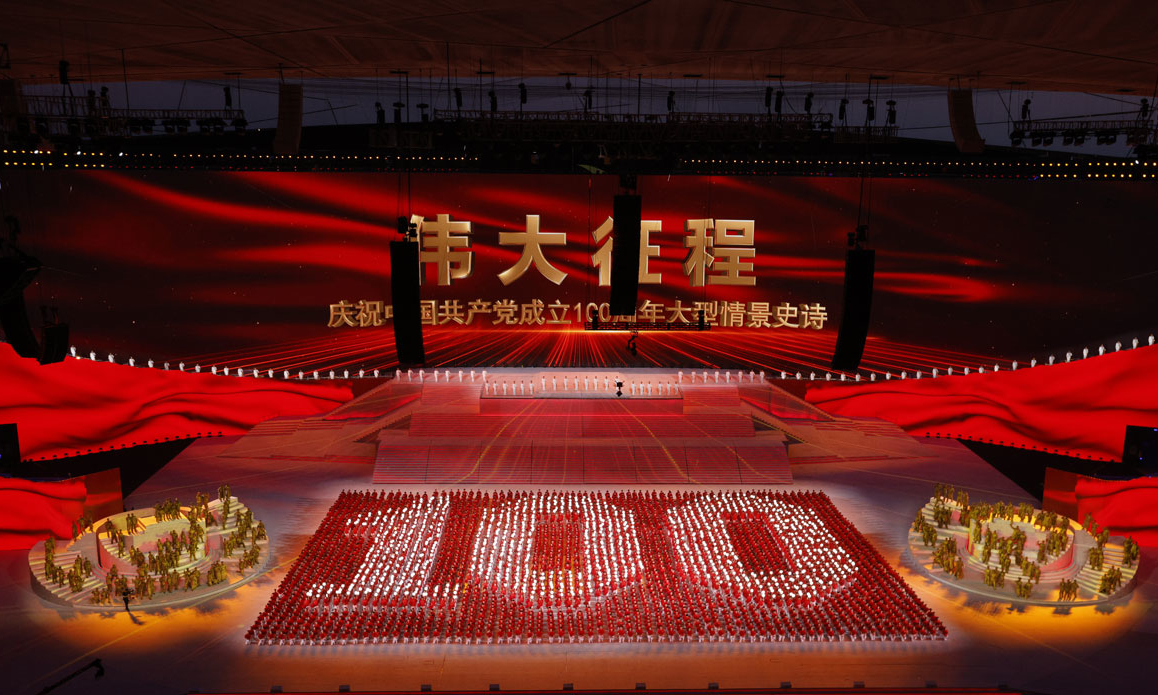 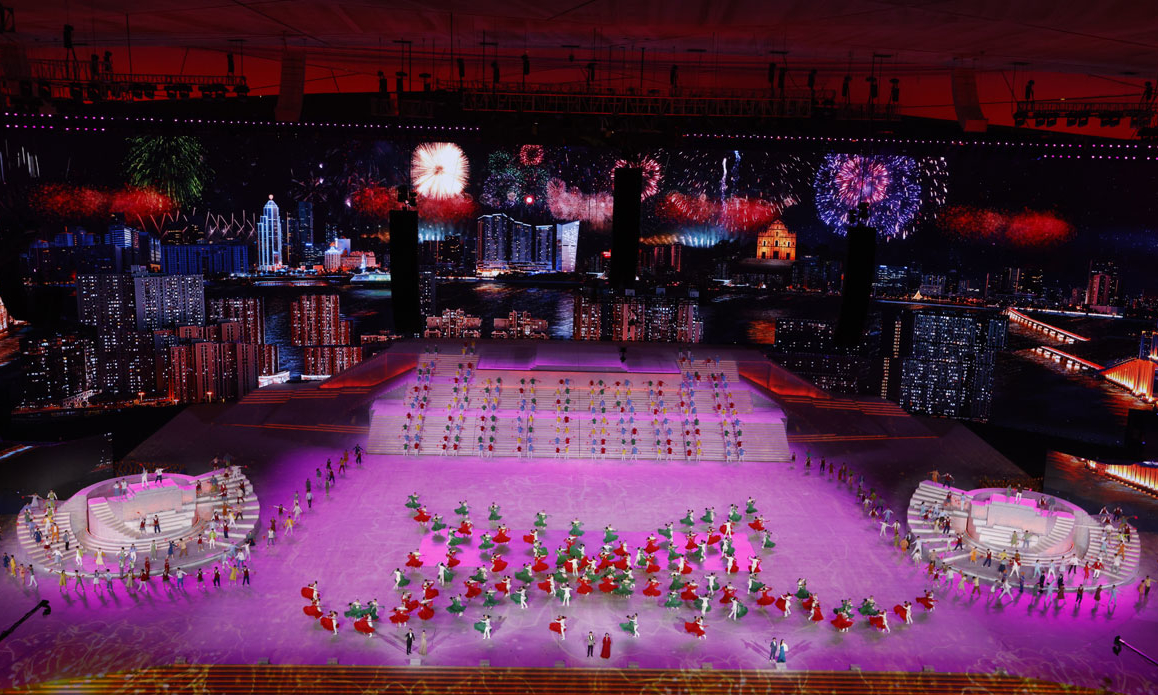 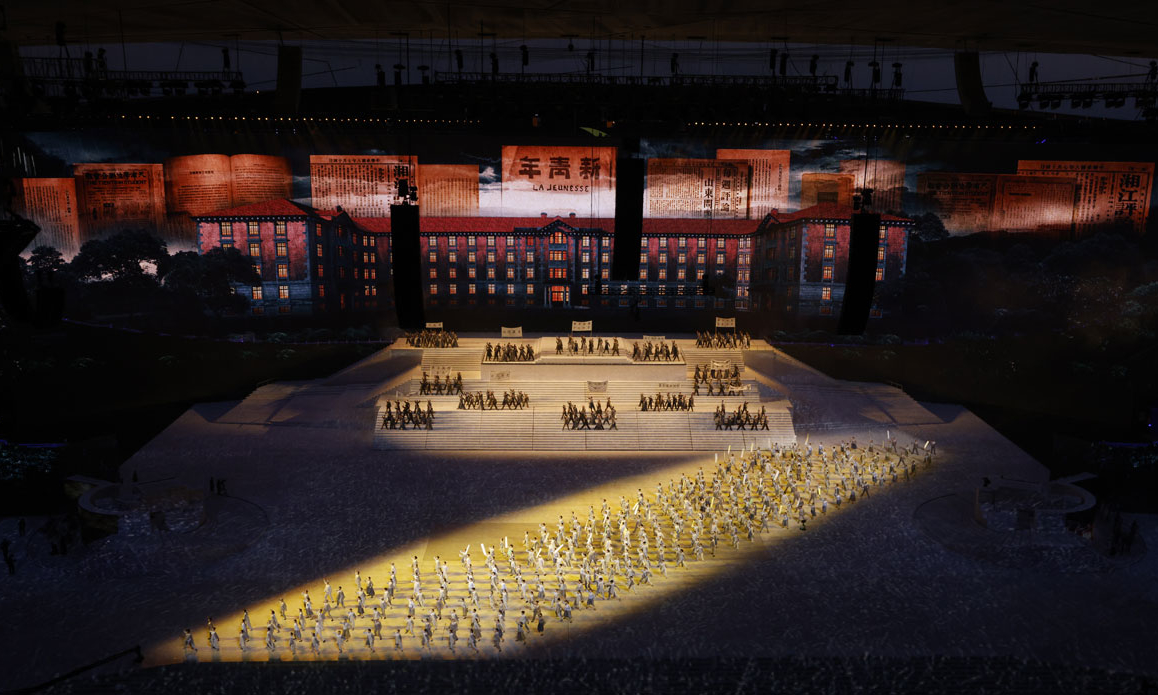 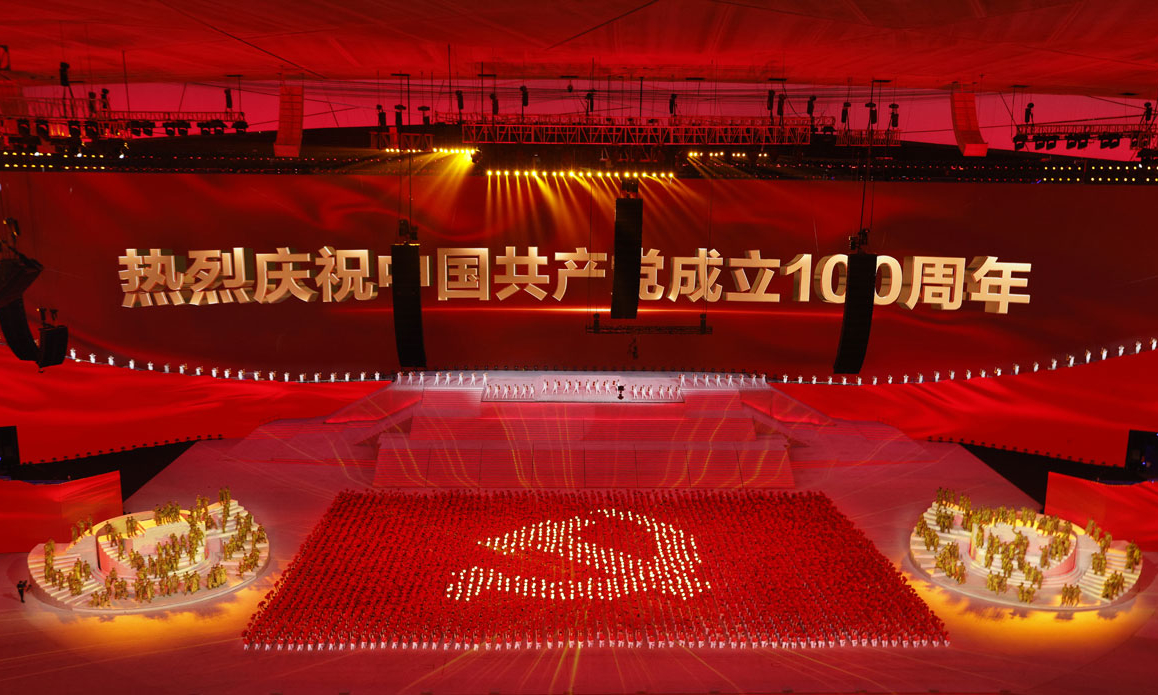 A grandMA3 control system was chosen to run a spectacular show with over 4,000 lighting fixtures – 3,000 of which were moving lights – and approximately 90,000 parameters at the National Stadium in Beijing, China, in a massive, live televised event with a cast of thousands that was one part of events commemorating 100 years of the Chinese Communist Party.

Sha Xiaolan is one of China’s most prolific lighting designers working on many major national shows and events and known for his imagination and flair. He was the person who drove the decision to go with grandMA3 for control.

Five grandMA3 full size consoles, a grandMA3 light and a grandMA3 extension all running grandMA3 software were at the heart of the lighting system for this high-profile gala performance which saw half of the famous “Bird’s Nest” venue utilised as the stage. A giant video screen was installed along one of the long sides and the show featured multiple automated scenic elements including two oval-shaped revolves. It was attended live by an invited audience of 20,000 special guests including Chinese leader Xi Jinping, and broadcast live on national TV.

grandMA3 was chosen for several reasons. Obviously the power, flexibility and large channel capabilities needed to control these huge numbers of lighting fixtures topped the list, as grandMA3 can safely and stably manage and process the numbers and amounts of associated data and logistics involved all in one session.

The grandMA3’s multi-user environment facilities enabled Sha Xiaolan’s talented lighting programming team to work separately and simultaneously on finessing different parts of the show and the various physical zones of lighting. They could maximise and streamline their workflow which was a great asset with everyone on site under time pressure to create the outstanding creative results contributing to the show.

Around six weeks in total were spent perfecting the different show visual elements on site, with around 20 of those days dedicated solely to lighting. The lighting team did some pre-vizzing, but the bulk of their work was completed and fine-tuned on site once all the technical infrastructure was in place in the stadium from mid-May … for the show at the end of June.

Extensive use was made of Scribbles as a cool grandMA3 feature for labelling objects and presents. This versatile option makes it easier to draw Chinese characters – and other logo syllabic languages – to be used as cue prompts.

The programming team also like the grandMA3’s Gesture Control which avoids the need to continually switch between the screen and the command area, and they appreciated the convenience of being able to use Phasers for effects.

It was the first major show on which they had used a full grandMA3 control set up. Their abilities and understanding of the system architecture were reflected in the ease and speed at which these already experienced grandMA2 programmers transferred their skill sets to the grandMA3 platform. It also underlined their confidence in committing to grandMA3 to run lighting for such an important and highly visible national event.

The primary task of the substantial creative and technical teams spanning all the disciplines involved in making “The Greatest Journey” happen was to deliver a truly unique performance event for the occasion, at the same time as presenting a detailed and intricate narrative.

China is well known for staging grand and ambitious performance events, and Li Yiran from ACE commented, “This was the first large scale domestic event in China to use grandMA3 for control, and it was fantastic to see grandMA3 help unlock so many creative possibilities for the design team as the whole lighting process evolved into a breath-taking live show.”

The impressive production lasted two hours and comprised 20 colourful scenes within the four acts plus a prologue and an epilogue. The chorographers were Sun Tianwei, Ren Dongsheng and Jin Sa, props were designed by Wang Pu, Yu Lingyun and Wang Xingang and the chief video designers were Gong Xuehui, Yang Dongliang, Lv Daqing and Fei Jun. The chief audio designer was He Biao.