A wave of enthusiasm 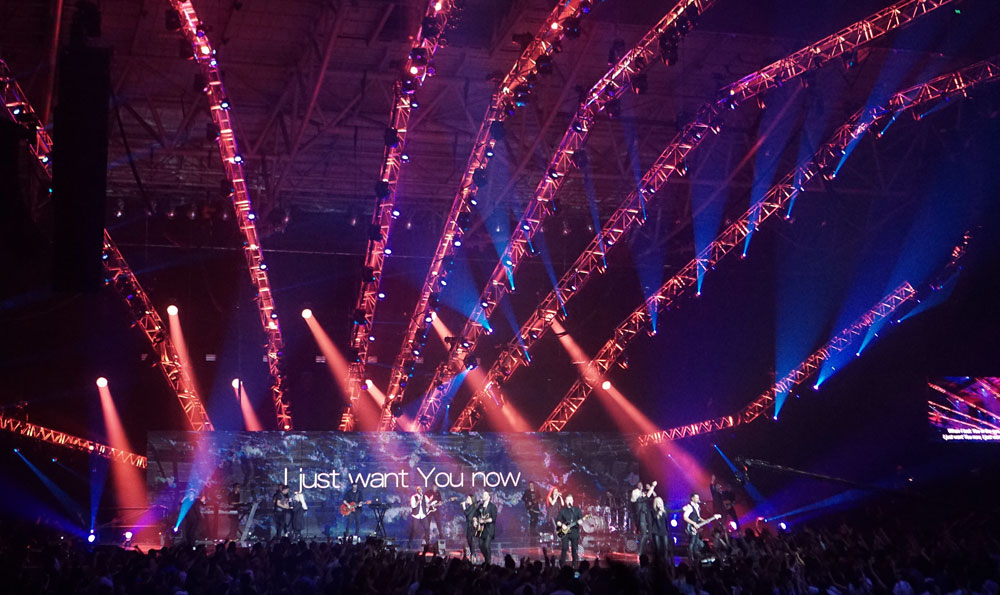 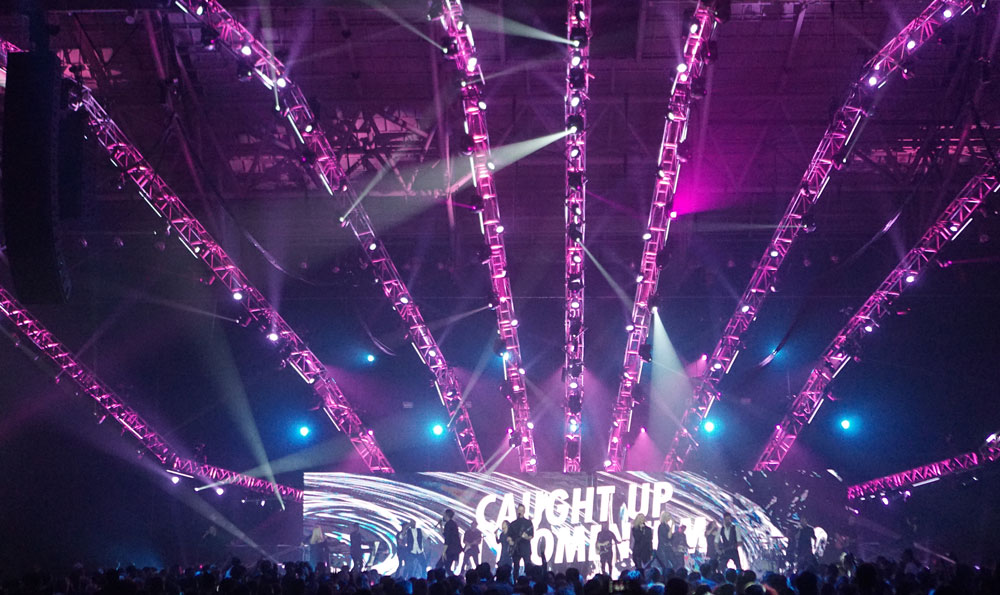 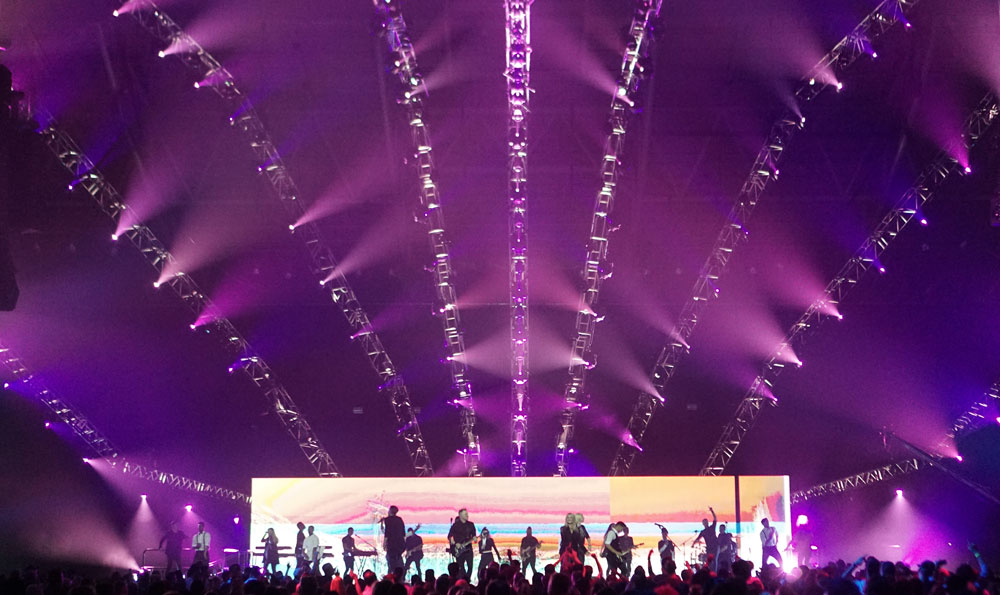 The Planetshakers Church is a Pentecostal Christian ministry affiliated with Australian Christian Churches. It started when the Planetshakers band moved to Melbourne in 2004. The church has over 10,000 members. Currently, Planetshakers has four campuses in Melbourne; City, North East, South East and Geelong, with an additional two international campuses in Cape Town, South Africa and Los Angeles, USA.

Collision commented on his choice: “The grandMA2 system is something I never stray from. After doing the initial designs in Vectorworks, the fixture data was ported to the MA showfile via the grandMA2 plugin. After a few tidy ups, the show was ready for some pre-programming in MA 3D.

“All of that work paid dividends once we hit the venue. The combination of integrated tools at our disposal prior to getting on site makes the grandMA2 the only choice for an event of this size.”

“The theme of the conference was ‘overflow’” explained Collison. “I had the inspiration of a massive wave, encompassing both stage and audience. I wanted to create an all-inclusive feeling for the event by dispensing with the pretence of band on stage and audience on the ‘other’ side. It was quite an ambitious concept that was exceptionally well executed by lighting vendor Resolution X.”

“Using the grandMA2 enabled a potentially very complicated set-up to work quickly and seamlessly. Being a designer/programmer, the MA system allows me to try many idea variations fast and efficiently.”