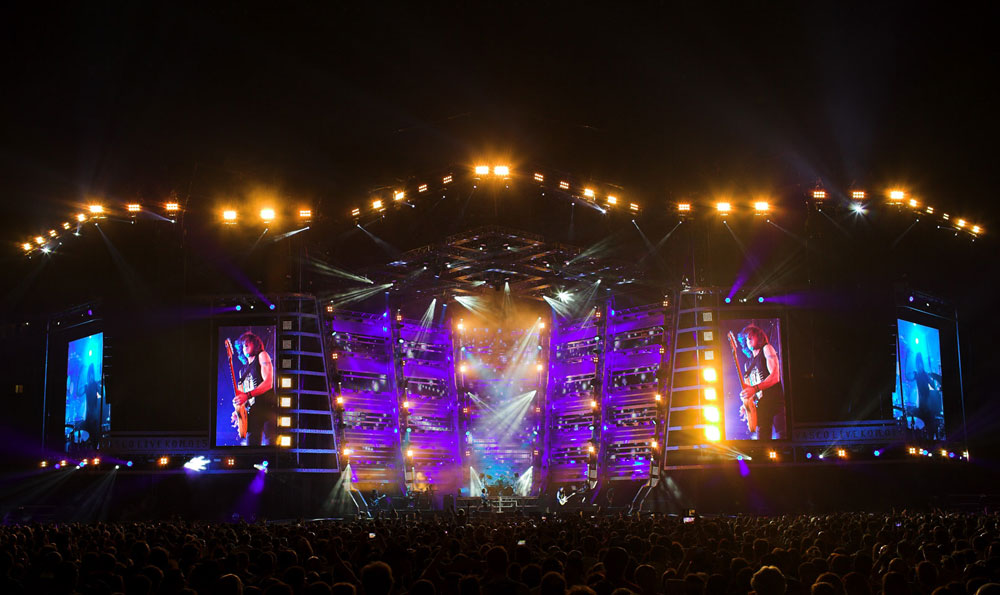 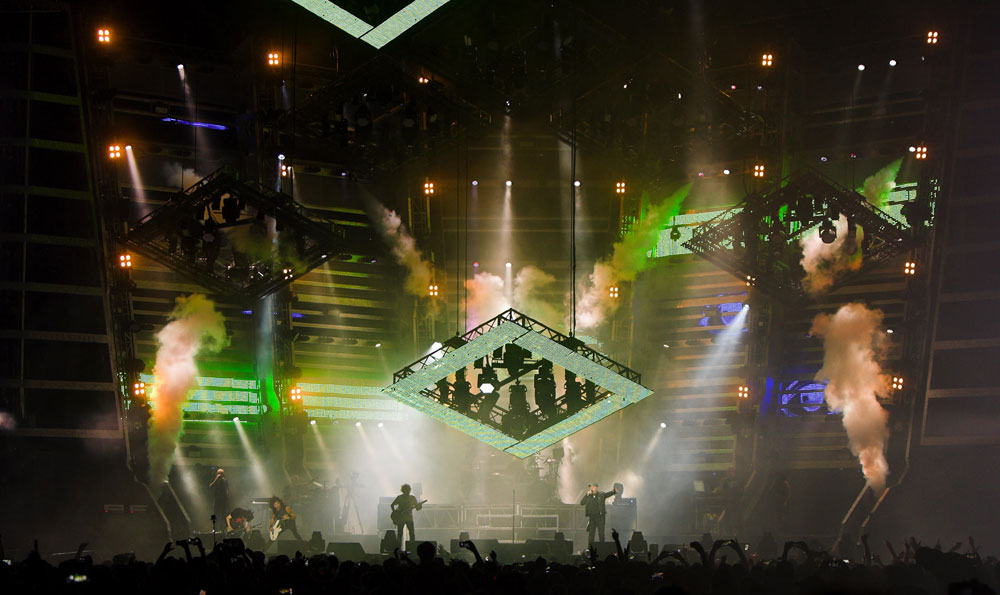 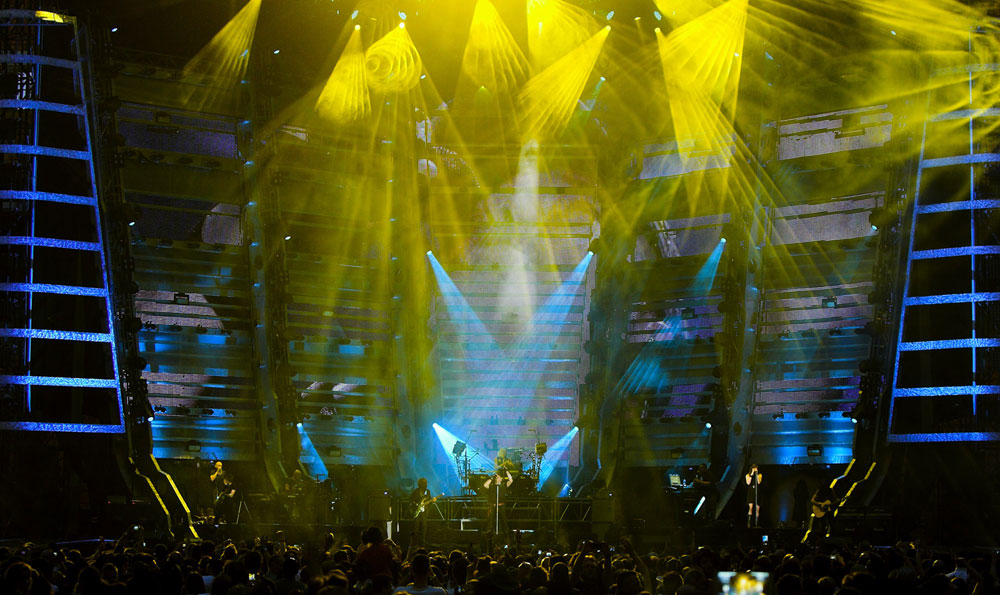 The edgy industrial stage aesthetic featured scenic video made up from Pixled’s F-37 product, plus an epic IMAG video presence ensuring that everyone, even those at the back and to the sides of the stadiums, received a great view as well as those closer to the action.
The tour completely sold out, so nearly a million fans experienced the full glory of Rossi – one of the industry’s classic showmen – and his legendary live performance.

All the scenic video control was run via two media servers being triggered by a grandMA2 light console in a custom control system specified and provided by show visual specialists M2L from Milan. M2L’s Marco Piva commented, “grandMA2 is our video – and lighting - control platform of choice for its power, stability and flexibility.”

Almost 200 square metres of Pixled F-37 made up the significant ‘ambient’ video elements of the set. Nine large surfaces – eight strips and a central section - sat behind the aluminium set structure, upstage centre – right at the core of the action. These screens were all fed with content from the media servers via the grandMA2 light, running over Art-Net, and could be controlled individually or together.

The F-37 product was also used to border eight lighting pods which flew in and out from the ceiling above centre stage, with content also stored on and replayed from the media servers and the grandMA2 light. The video material was specially created for the tour by Mikkel Garro from Roof Videodesign.

Four large portrait orientated video screens relayed the live IMAG images of Rossi as he delivered his stadium rock masterpiece. These were made up of Compass 8 mm HD LED product and were fed by four operated broadcast quality cameras and three GoPro mini-cams with all feeds sub-mixed via the video department’s PPU and output directly to screen.

Marco and his business partner Marco De Nardi own two grandMA2 lights, two MA onPC command wings, a grandMA full-size - so they are big fans of the MA brand.

As is Giovanni Pinna, who used a grandMA2 full-size to run the show’s spectacular lighting plus another as hot backup. “They are absolutely great desks for rock ‘n’ roll,” he enthused.
The lighting grandMA2 were supplied by rental company BOTW together with the rest of the lighting kit and the set. Sound was delivered by Audio Rent and lasers came from ER in the UK.

Molpass s.r.l. is the exclusive distributor of MA Lighting in Italy.