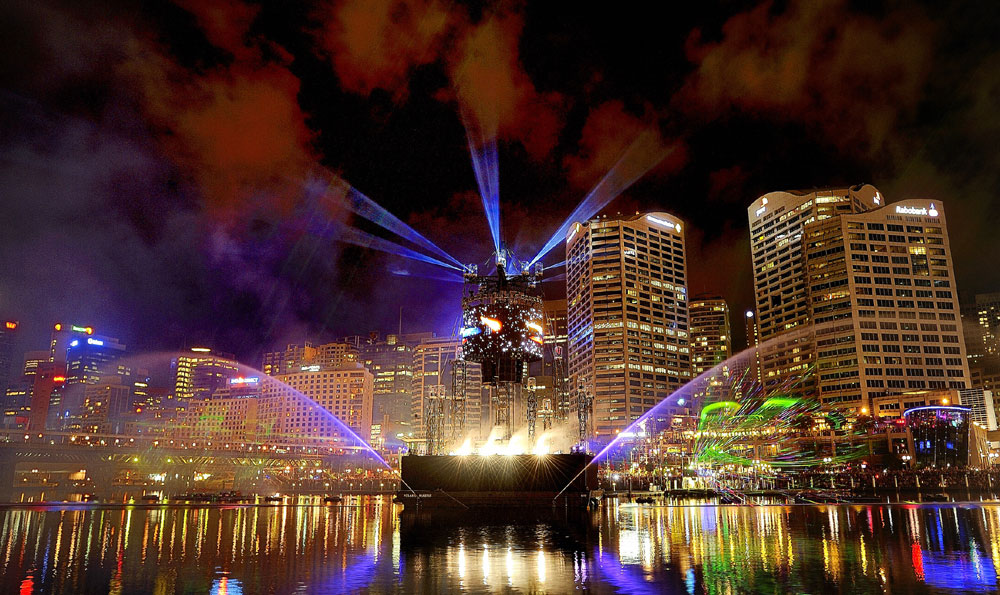 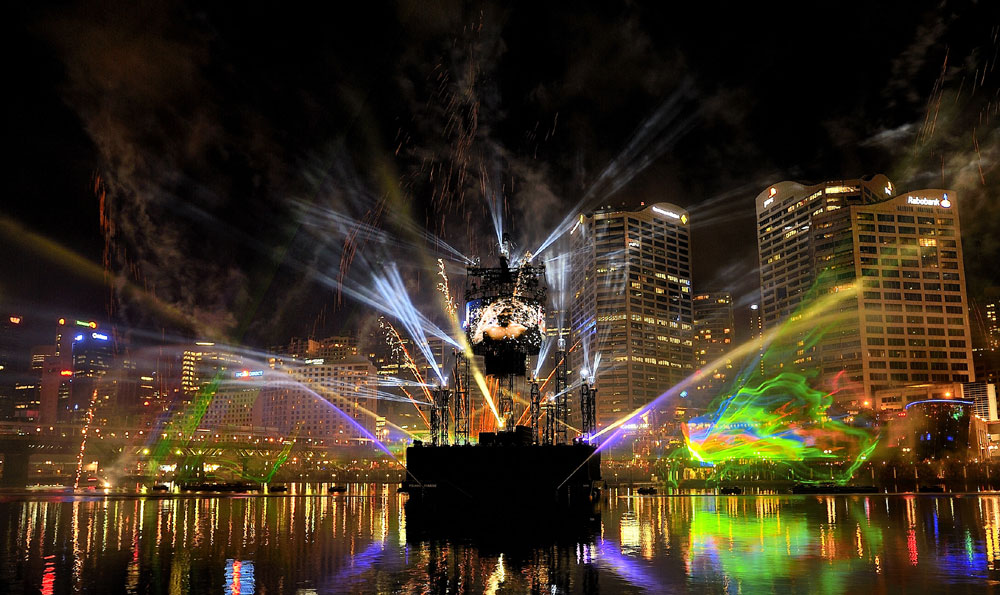 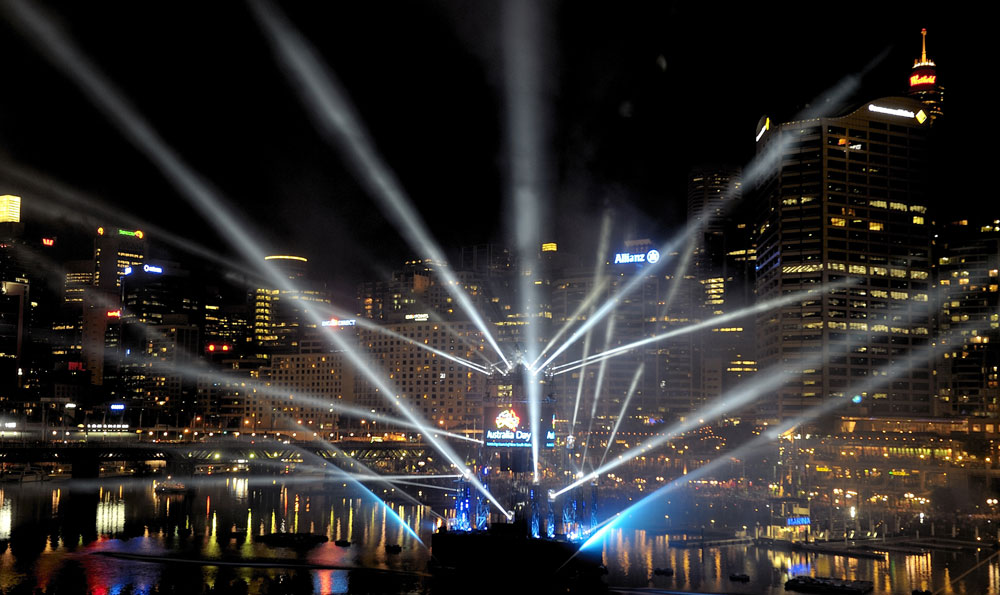 Celebrated annually on 26th January Australia Day (previously known as Anniversary Day, Foundation Day, and ANA Day) is the official national day of Australia. The date commemorates the arrival of the First Fleet at Sydney Cove in 1788 and the proclamation at that time of British sovereignty over the eastern seaboard of New Holland. Community festivals, concerts and citizenship ceremonies accompany the day in large and small communities and cities around the nation. A special event is always the celebrations in Sydney – like this year in the town’s Darling Harbour.

Said Collison: “We had to build an iconic display in the middle of the Darling Harbour bay and needed a concept that could entertain an audience with a specatular show to end the day. Our control room was some 250m away from the barge on which the display was built. We ran fibre for all services through the air to the edge of the bay, from there, the fibre dropped to the bottom of the bay and ran out to the barge. Needing a fully redundant system, we had the means to run the show from the main control room, or from the barge itself.”
“grandMA2 was the appropriate control system to use on this project”, commented Collison. “I could program in 3D using grandMA3D and had the rock solid network of grandMA2 for the show. Furthermore I had my main and back-up consoles in the control room and additionally an MA NPU and a grandMA2 onPC system on the barge in the middle of the bay. If there would have been a problem with the fibre, we could still have run the show locally from the barge. All in all, it was a lighting, video, fireworks and laser spectacular. A 26 minute sound track all linked together via SMPTE Timecode to culminate in the day’s festivities.”