“grandMA2 is the current industry standard for lighting and visual control” 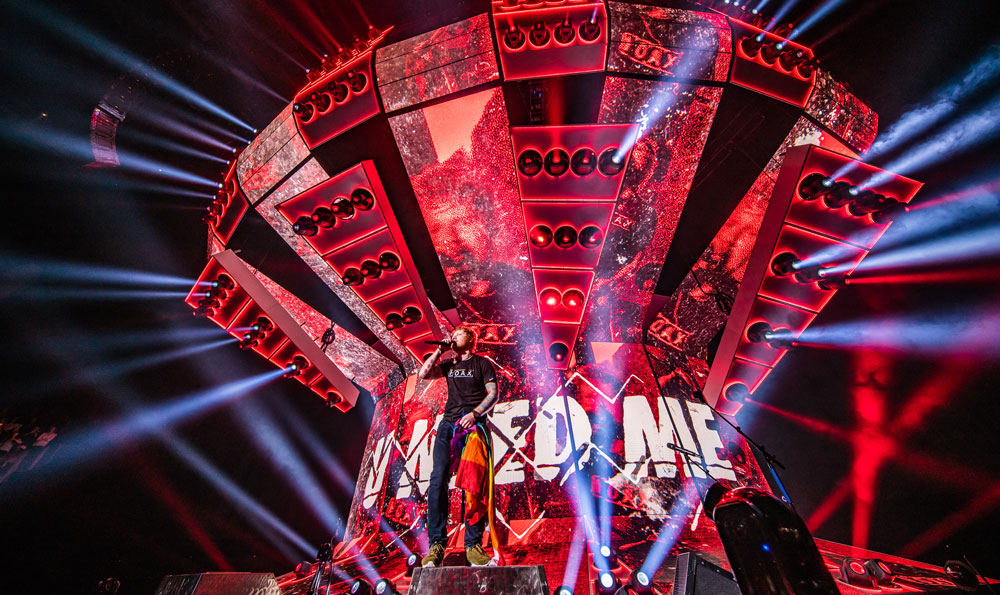 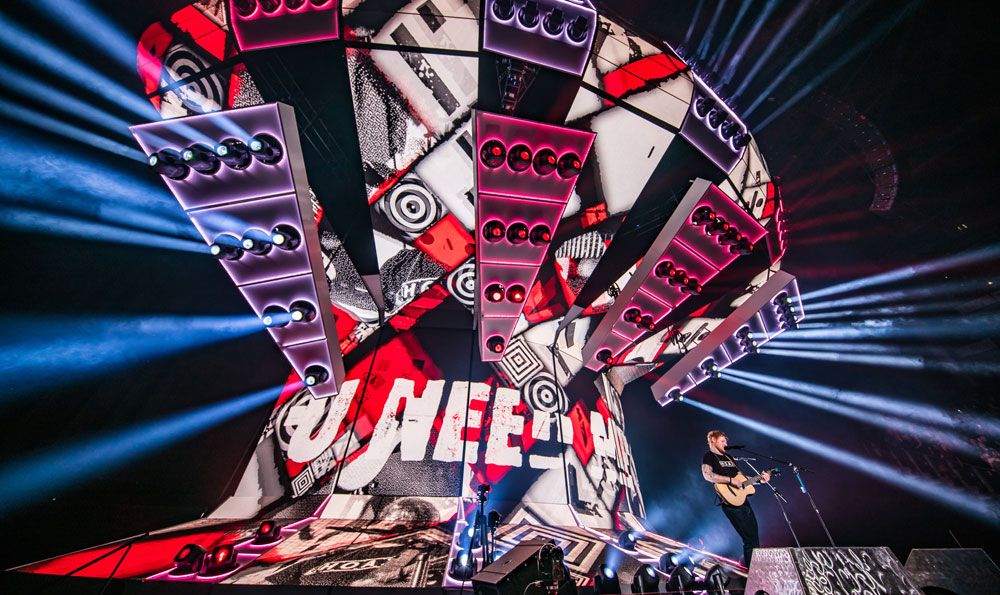 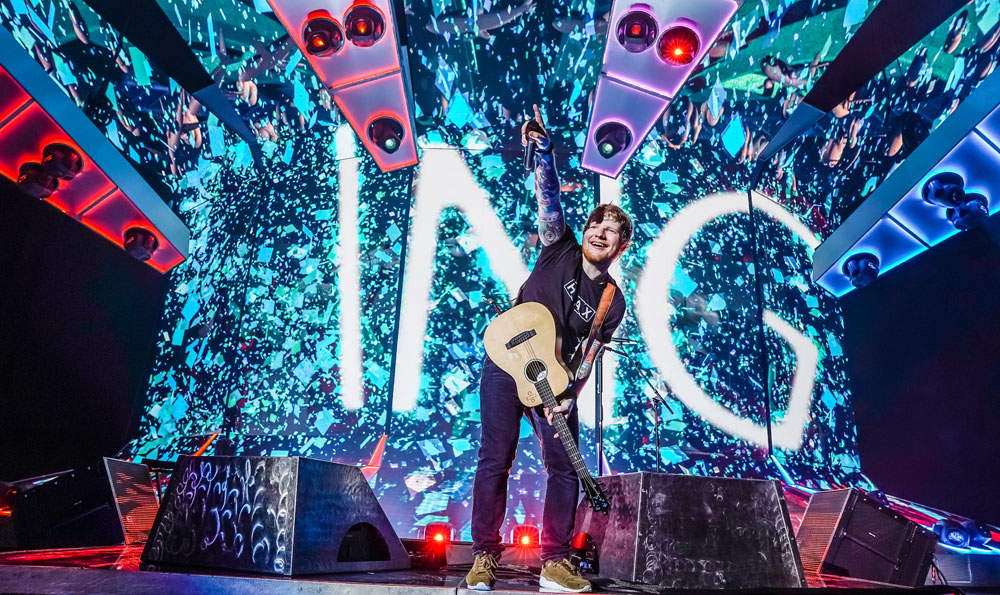 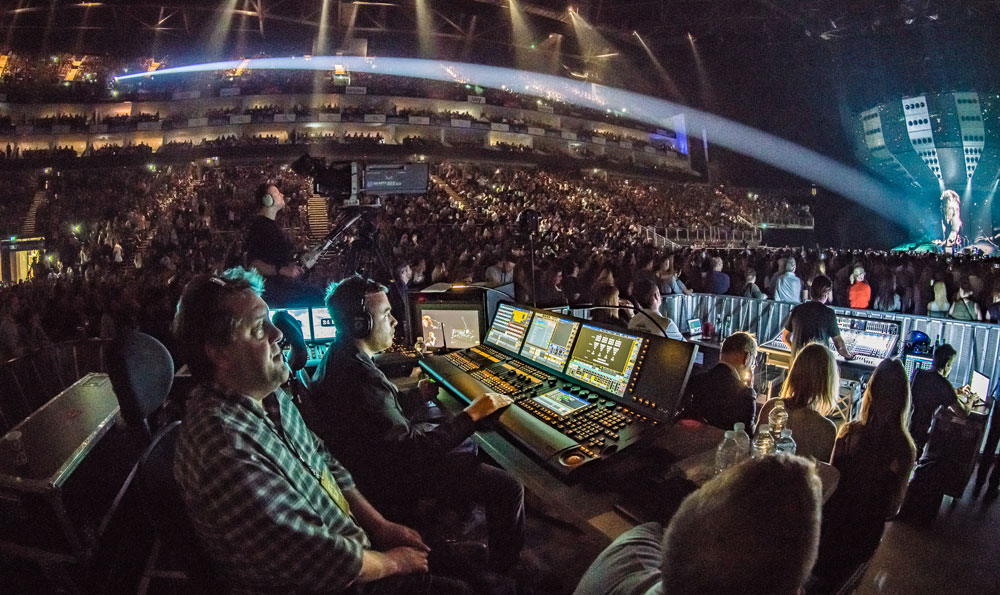 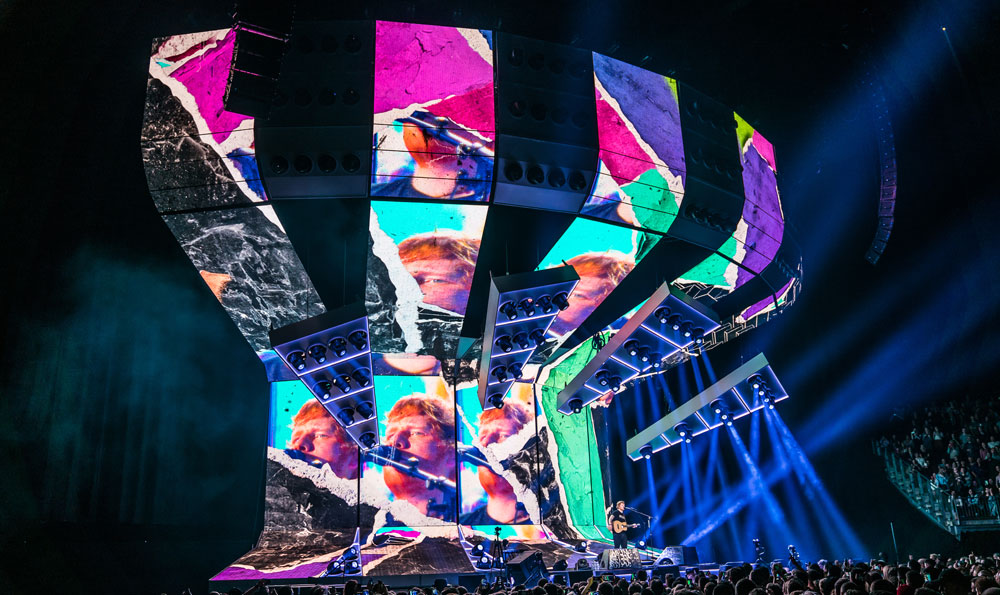 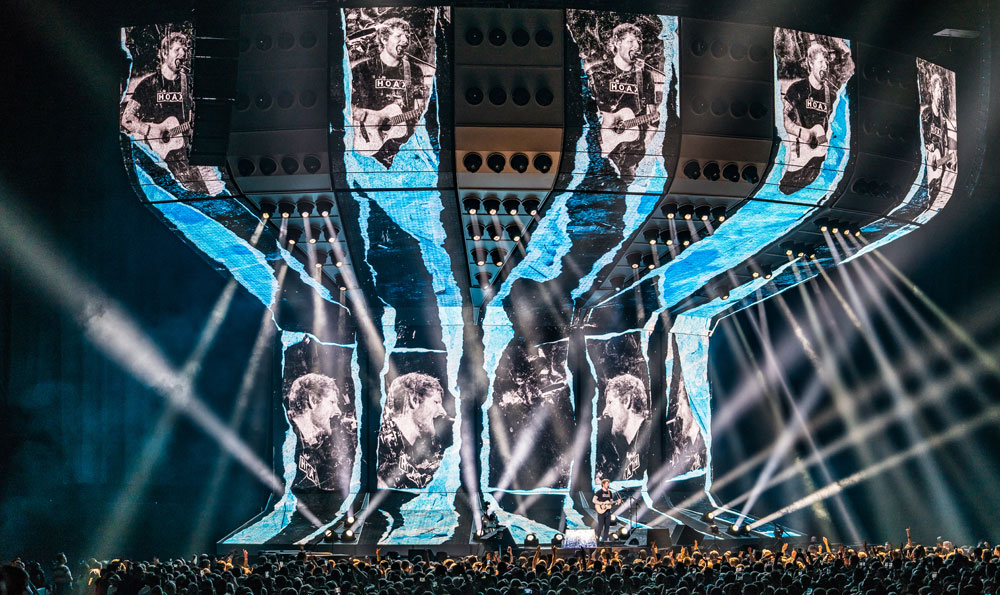 Ed Sheeran is one of the most popular, successful and respected young music talents of the moment and is currently engaged on an extensive world tour, featuring an eye-catching production design by Mark Cunniffe with a networked grandMA2 system specified to control lighting and playback video.

Cunniffe has worked with Sheeran and his technical team, led by production manager Chris Marsh since 2010. That was right at the start of the artist’s impressive career trajectory which started unobtrusively and steadily grew – keeping all the best cool and slightly underground elements - to the supersonic proportions it is today.

For this tour, Cunniffe’s brief was to make the stage space really dynamic, so he created an elaborate video set and a highly versatile lighting rig which includes 142 moving lights and 17 LED strobes together with two MDG theOne stadium hazers and 10 Kilometres of DMX-controlled RGB LED tape which is lighting the set very effectively.

When it came to control there was no discussion or hesitation from either Cunniffe or Matt Jones who is out on the tour as lighting director – grandMA2 it was!

Cunniffe has been using the grandMA platform since the 1990s and has also personally invested heavily in the brand. Jones has also been using grandMA for some time, including on the concluding Australian and New Zealand legs of the last Ed Sheeran tour in 2015 when he first came on-board as lighting operator.

The show is all run completely ‘live’ in the true spirit of the artist, who likes to have the freedom of changing his set spontaneously, which keeps Jones – and the rest of the show crew - constantly on their toes whilst ensuring that each performance is unique and special for fans. The media servers running the playback video material are triggered by Jones from the grandMA2 which is configured to provide with a series of ‘stab-buttons’ that fire assorted lighting and video cues that are used as accents throughout the show.

Jones has many ‘likes’ when it comes to grandMA2. He emphasises that the cloning process is becoming increasingly streamlined which is very useful for sections of the tour where they have to utilise different fixtures. “Macros are also a key feature that allow some of the day-to-day processes to be simplified into a few keystrokes,” he commented.

He also loves using the Layouts view to give a “very helpful” visual representation of the physical rig in front of him. It is features like this which save precious moments which are critical on the road, especially when they are doing load-ins and shows on the same day.
Jones has been using grandMA in his work for 10 years, in fact since he left school in Australia and became a lighting professional. He recalls that as a teenager, when he first found out about the operating system he wanted to learn it “soonest” and took every opportunity to do that. He liked the system so much that he also invested personally in his own grandMA2 light in 2011.

Some raised eyebrows when he purchased such a high value piece of kit he recalls, but he was delighted with the decision that has “paid off in more ways than I could have ever imagined,” he commented. Talking about MA generally, he says, “grandMA2 is without doubt the current industry standard for lighting and visual control”.

The consoles and control system for Ed Sheeran is being toured worldwide. The grandMA2 and MA NPU are Cunniffe’s and the lighting system as a whole is being co-ordinated and supplied to the production via Mike Oates and Ryan Hopkins at UK-based Lights-Control-Rigging Ltd (LCR), the tour’s equipment and crew supplier in combination with SES in the US. Alex Passmore worked closely with Cunniffe and Jones in programming the show during the rehearsal period.

Sheeran closed the 2017 Glastonbury Festival in the UK in spectacular style with a show-stopping performance, headlining Sunday night on the Pyramid Stage in his only festival appearance of the year and now embarks on the first US leg of the tour. It visits the Far East and Asia in October and November and there are a record-breaking 19 stadium shows currently booked in New Zealand and Australia for March 2018.