Maroon 5 tour the globe with grandMA2 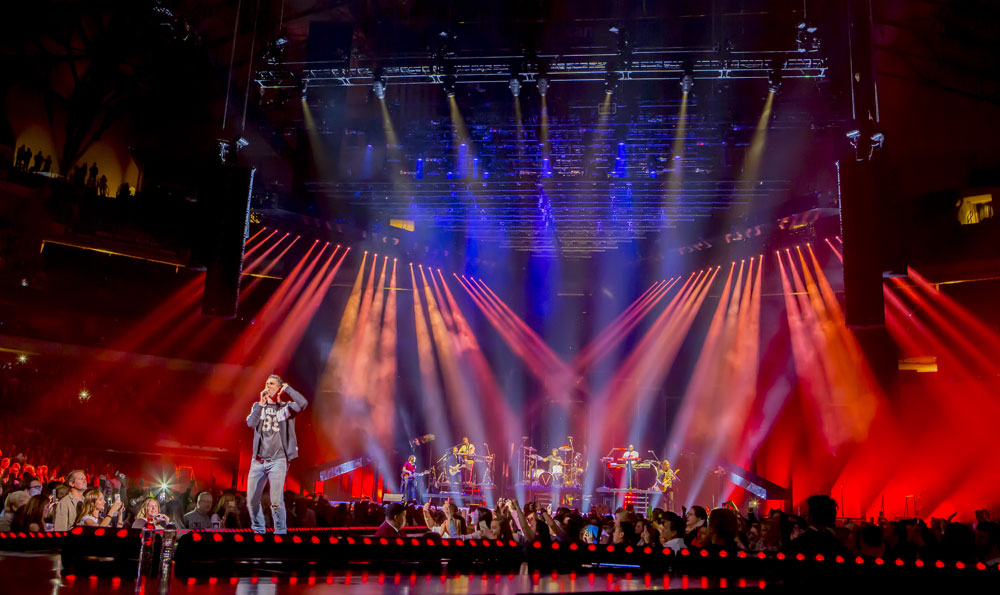 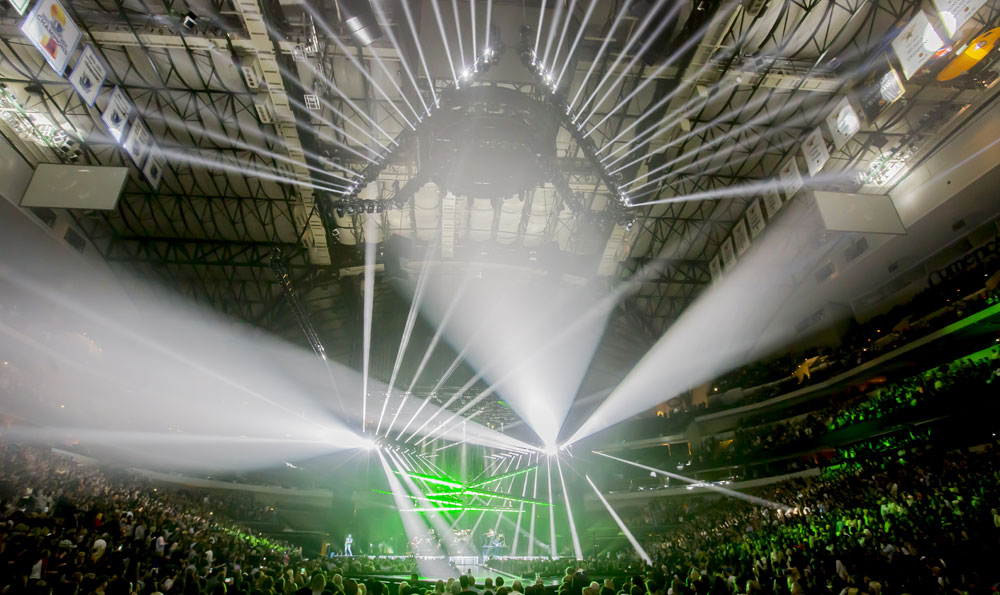 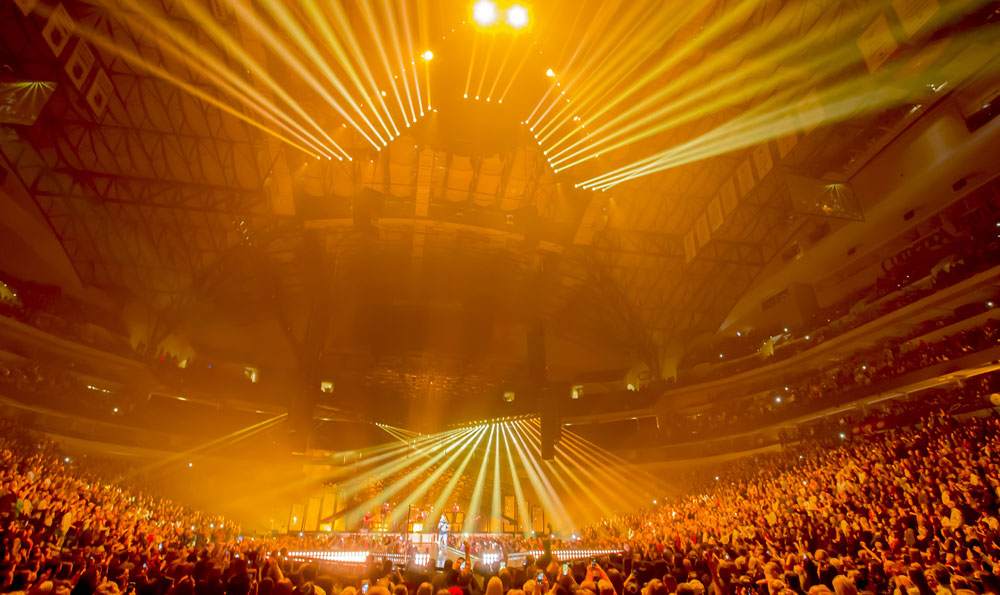 LA band Maroon 5 has kicked off its World Tour 2015 with two grandMA2 full-size consoles controlling lighting and video elements. Maroon 5 launched its World Tour 2015 in Dallas and will finish in Auckland, New Zealand. The tour is in support of the band’s fifth album, “V” which was released last year.

LeRoy Bennett, the production designer for the tour, has branded the stage with strong “V” motifs, inspired by the album artwork, incorporated into the trussing and transparent set pieces. Lighting and video create a dynamic, constantly changing environment on an arrow-shaped stage. Plexiglass panels, filled with special effects smoke, act as upstage display surfaces for video content while the downstage stage was constructed as a giant, hollow plexiglass “fishbowl” that could also be filled with smoke and lit with 20 Clay Paky Sharpy Washes. The ceiling structure has 13 movable arms outfitted with lighting fixtures. A runway and connected B stage form another arrow-shaped space jutting into the audience.

“I’d worked live in the rig and Brian would sit next to me and prepare the next song in MA 3D. Then we’d switch it over to my desk,” Baeri explains. “We’d leap-frog: He’d do song one, I’d do song two, he’d do song three. The fact that you can see preview from a second operator in real time in MA 3D is invaluable. With rehearsal times only getting shorter and expectations growing in proportion to the complexity of the rigs we see these days, the preview function will become more and more important to the live show process.” Video programmer Loren Barton also tapped the grandMA2 for the show’s extensive video elements.

One hundred Clay Paky Mythos fixtures, which first impressed Bennett at a product demo, are being supplied to the tour by Upstaging. Forty of them are positioned upstage as back and side lights. Sixty more are hung above the arrowhead portion of the B-stage.