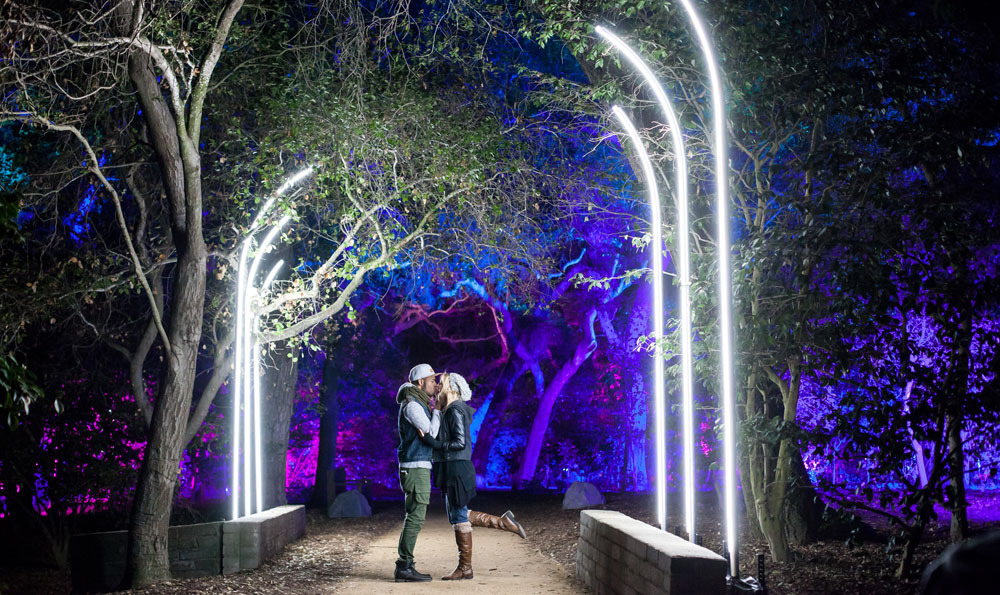 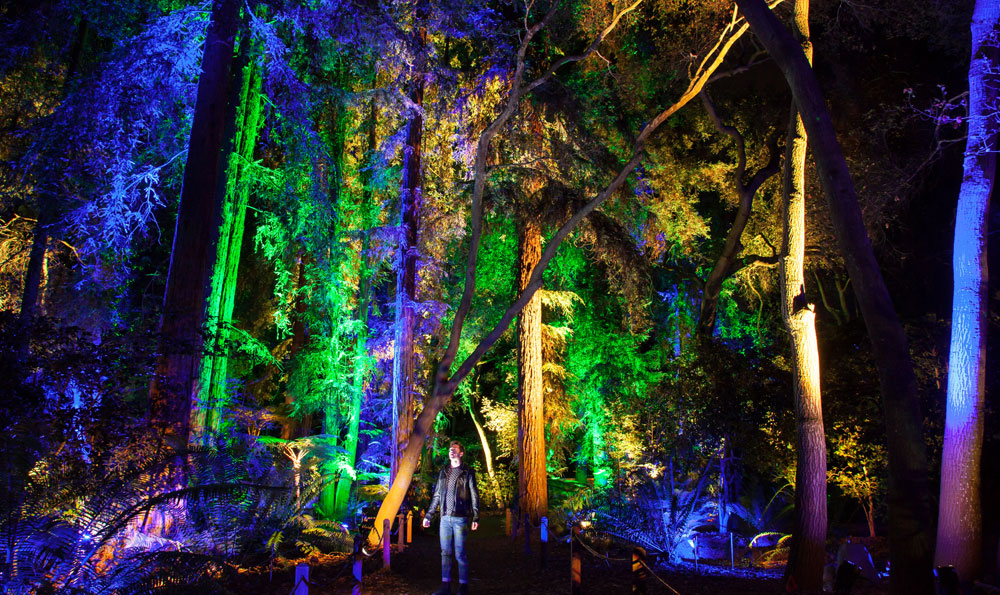 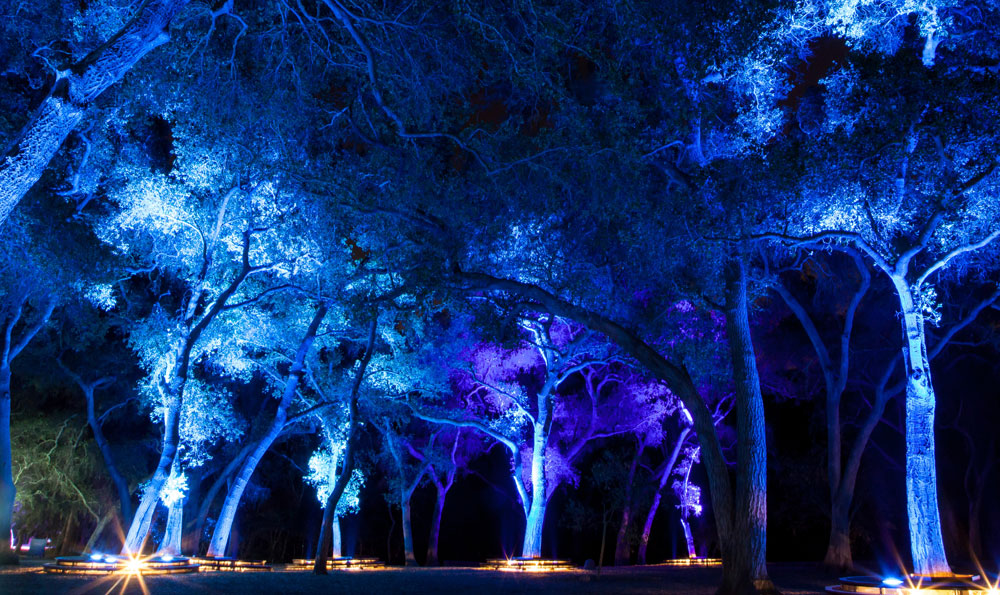 In a season filled with holiday light displays, Descanso Gardens in La Cañada Flintridge, Los Angeles has debuted “Enchanted: Forest of Light,” a unique, interactive nighttime experience. Visitors enjoy a one-mile walk through eight distinct lighting displays in some of the Gardens’ most beloved areas. 6 x grandMA2 onPC stations were selected to control the lighting and interactivity for the majority of the displays. Descanso Gardens is a botanic garden open to the public and nationally accredited as a “museum of living collections.”

“Descanso wanted to do something for the holidays and looked at a lot of different arboretums and botanical gardens around the country and really liked what we did at The Morton Arboretum in Chicago,” says Chris Medvitz of Lightswitch, who served as creative director and lighting designer for “Enchanted: Forest of Light.” Lightswitch has designed The Morton Arboretum’s holiday illumination, now in its fourth year.

“Descanso adopted a similar creative brief that took more of a nature plus light art installation approach instead of a more traditional holiday lighting approach”, he explains. “They wanted something between a fine-art installation and something that would be unlike the other traditional holiday light experiences around Southern California. It was important that this was secular and not culturally specific so it would not exclude any of the myriad demographics in the Southern California market.”

“Additionally, central to the approach was to develop and curate the various experiences along the one-mile path from the environments they exist in,” Medvitz continues. “Most guests who attend have never been to Descanso Gardens before, and the goal is to expose them to it in a way that encourages them to return during the day at other times of the year.” Long-time grandMA users, Medvitz and programmer Chris Herman chose half-a-dozen grandMA2 onPC stations to run lighting displays for various areas of the Gardens. 4Wall Entertainment Lighting provided the lighting and systems fabrication for the project.

“We knew that several of the experiences were going to be interactive or timecode-driven,” says Medvitz. “We needed some sort of control system that could handle a lot of guest-driven triggers and provide flexibility in terms of what those inputs were and how we handled that trigger information. We also wanted to minimize the type and variety of control equipment on site: Despite the large geography of the project there weren’t that many lights in any one area.”

“The grandMA2 onPC solution made a lot of sense – the hardware is small and could fit inside the control bunkers that protected it from the elements; being consistent with the gear also minimized the need for spares. This allowed us to use a grandMA2 light for programming while paring back to the smaller consoles for the run of the show and having a common show file across the entire show.” Chris Herman notes that MA’s “easy to use timecode and multiple I/Os really help us achieve what we want artistically. The flexibility of the MA systems means we can spend more time focusing on the artistry and the experience and less on how to make things work.”

The Gardens’ Lightwave Lake featured several guest-driven interactive controls, in the form of buttons and joysticks, which allowed them to control moving lights across the lake as well as the speed and pattern of media playing on “digital reeds.” The reeds were built using LED pixel tape and were intermingled with natural reeds on the shoreline. grandMA2 onPC handled a mix of DMX, Art-Net and sACN protocols for the lake displays.

“From my perspective, the MA control systems have been rock solid and were a solid choice for this project,” says Medvitz.  “The scaleability of the system and having just one show file that can be easily updated from year to year make MA control systems a great choice for what is expected to be an annual event,” adds Herman.