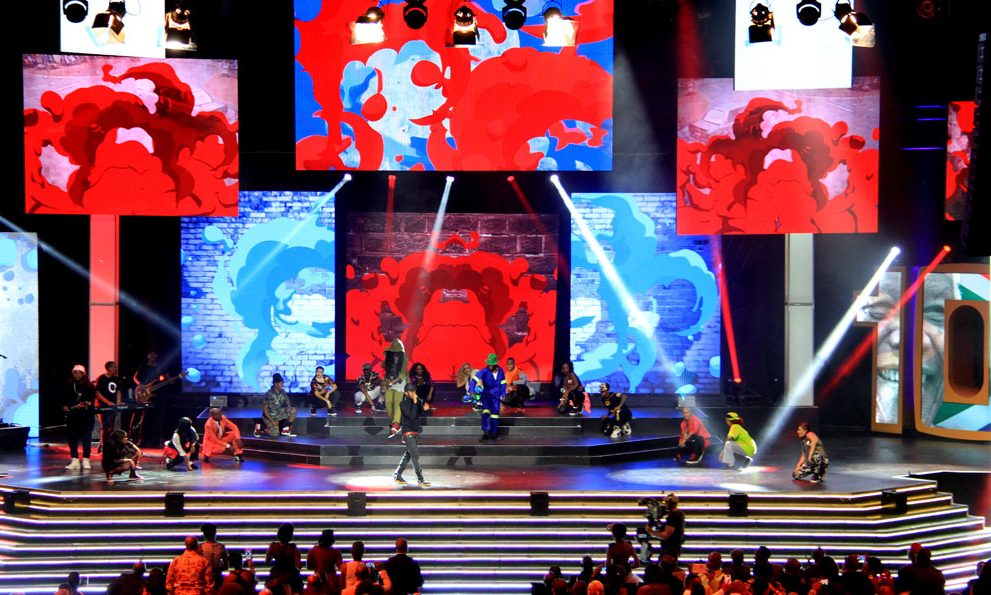 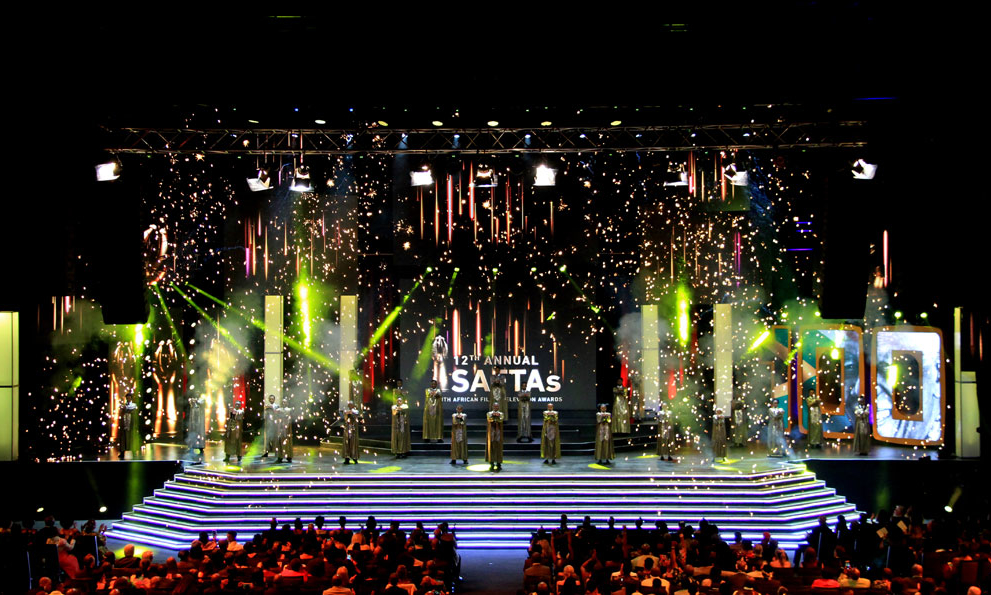 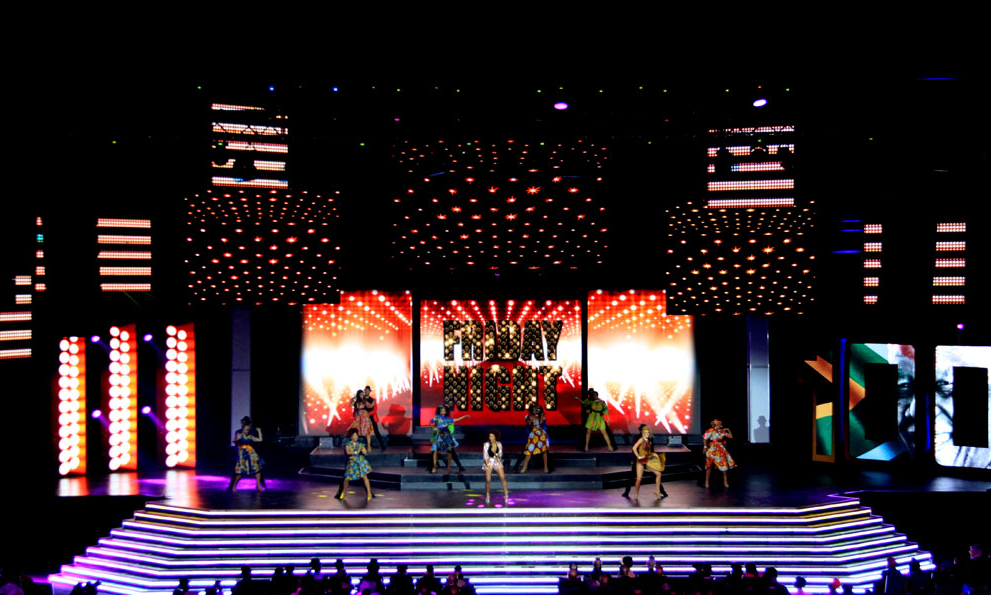 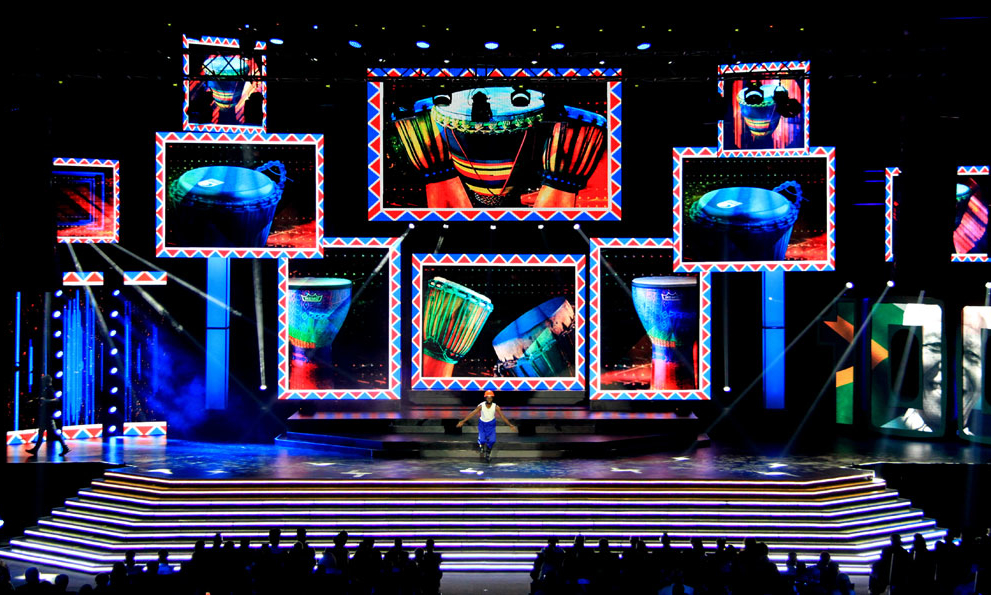 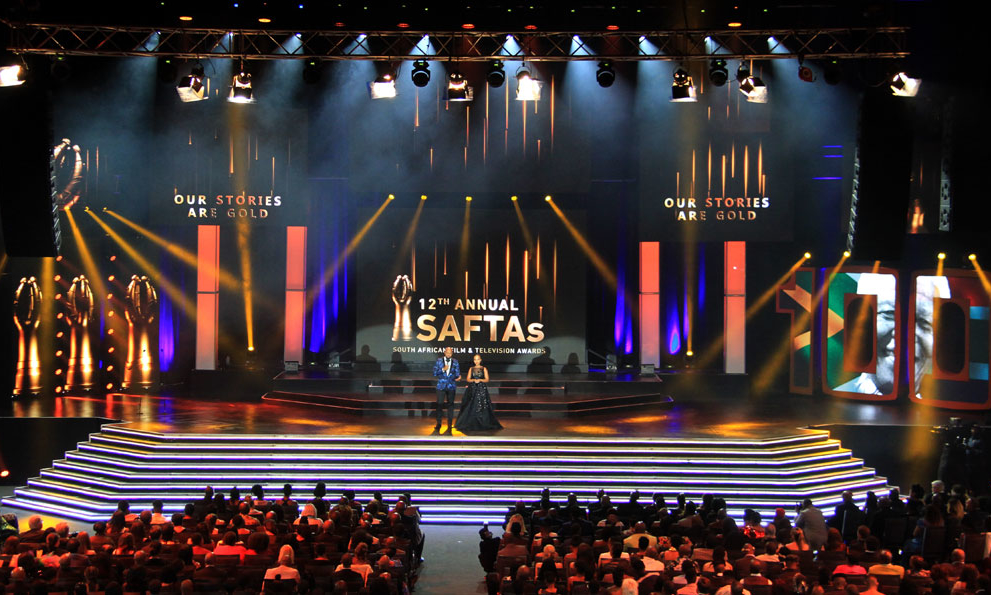 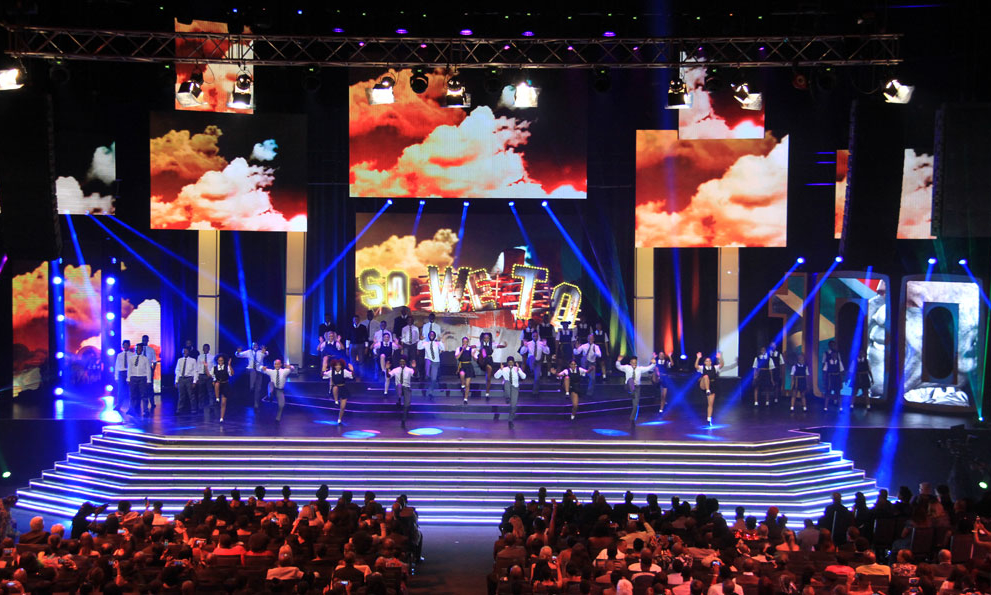 Celebrating quality, excellence and talent, the 12th Annual South African Film & Television Awards was hosted at Sun City’s Superbowl on 24th March with a further 2.3 million viewers tuning in to watch the live SABC televised production. EPH Productions were appointed by ATTV to supply the full technical and set for the show, as well as for the smaller Technical Awards held a couple of days prior to the main event. A grandMA2 light was in control for the nearly ten universes.

EPH Production’s Danie Janse van Rensburg wore three hats namely as project manager, technical director and set designer. For the proposal, with a lot of support from Leon Pheiffer (CEO, EPH Group), they came up with an idea to use cleverly suspended LED screens as the main feature, knowing that when complimented with the graphic material supplied by ATTV (Andrew Thabo Television), diverse looks would take the audience on a journey from glamour to triggering emotions with bright and patriotic colours. A special screen, in remembrance of former South African president Nelson Mandela, marked the centenary of the legend’s birth.

To light the show, Janse van Rensburg called on the services of Kurt du Preez of Pan Tilt. The pair had worked together before at the SA Sports Awards.  “I knew Kurt was a good television lighting designer and he fitted the profile for this event.” An added benefit was that du Preez had worked at the Super Bowl earlier in his career and knew the venue well.

The show was designed for camera. With years of experience in the industry, Janse van Rensburg is a bit of a dreamer and has done it all from bass guitarist to theatre technical to acting. He loves his work and creating magical experiences. “You start with an empty page in a way,” said Janse van Rensburg. “I usually look around to see if there are any ideas that would work. I’m also a relatively practical designer. When I design I look at the audience, the camera and what equipment is available. You have to work within budget and parameters.” With the television audience in mind, he had to consider which screens would fit the camera better. “The technical team did an awesome job and worked endlessly to get it right. The way everything came together was brilliant.”

As a freelancer, lighting consoles are always supplied to du Preez by the client. “MA is simple. I start my show from scratch every time, and even though I’m not sure if I’ll be getting a full-size or ultra-light, it’s putting the memory stick in and you’re ready to go. It’s the confidence that everything is going to work,” he said.