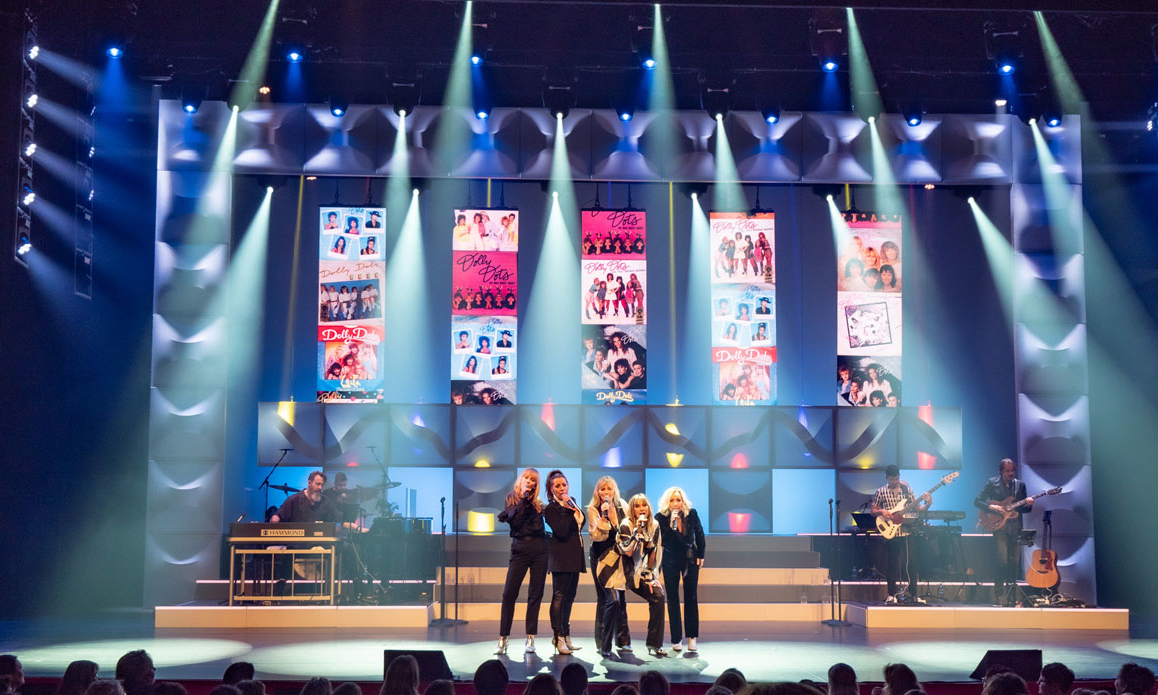 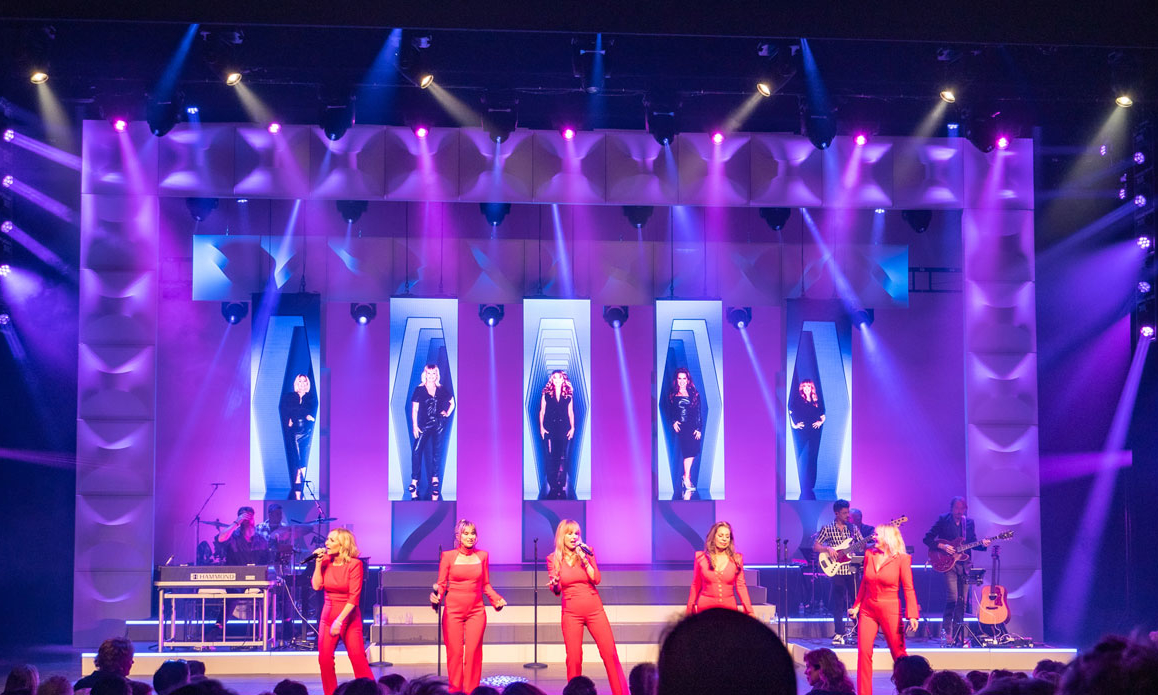 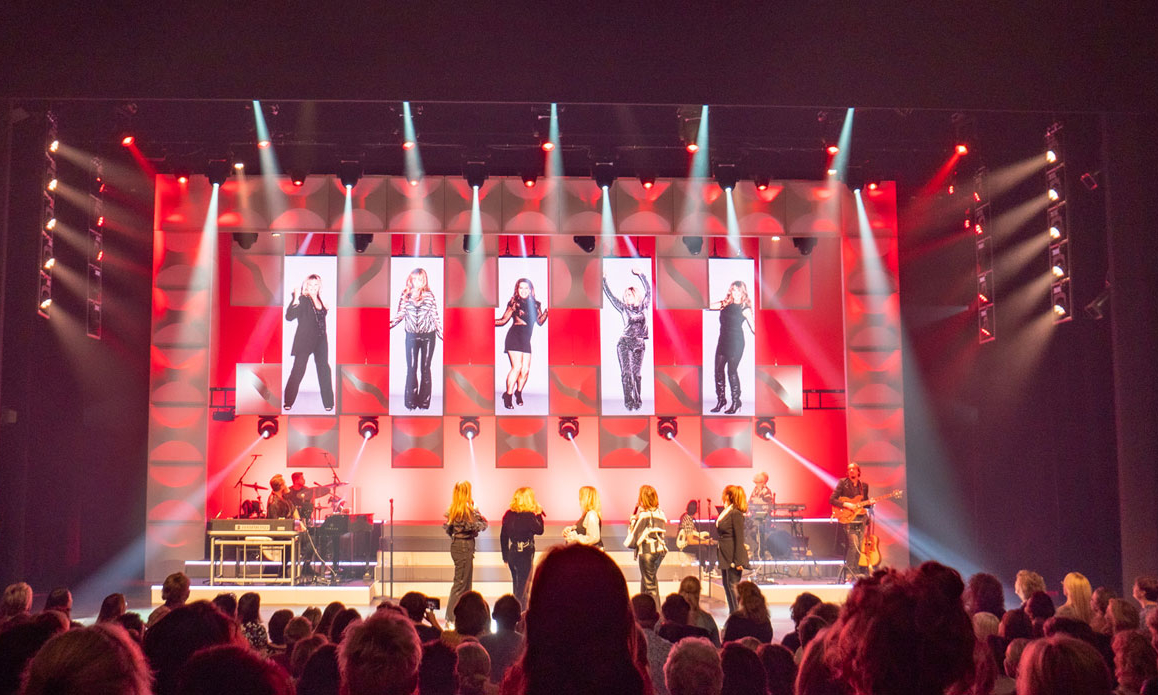 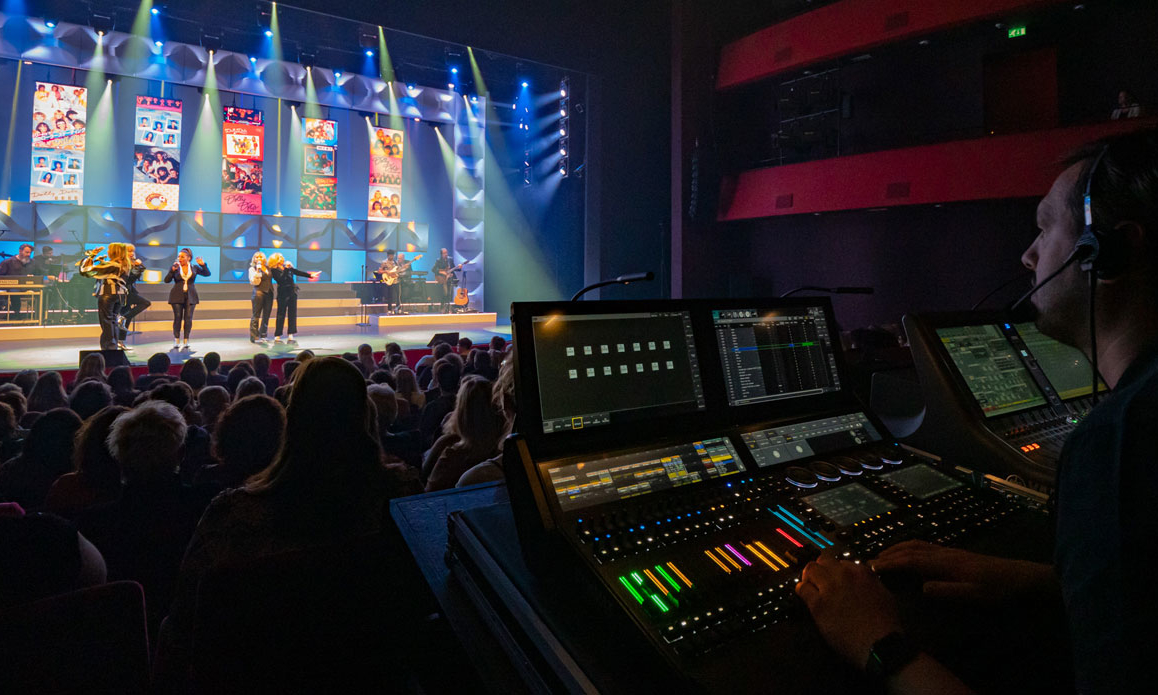 Legendary Dutch girl band Dolly Dots hit the road again this autumn, celebrating 40 years since they first burst onto the euro-pop scene and dominated the charts for the best part of a decade with a string of foot-tappingly infectious bangers!

The show was programmed on two grandMA3s, a full-size and a light, during production rehearsals at the Zaan Theater in Zaandam - one console running lighting and one running video in a global session. The video grandMA3 was triggering a Resolume machine loaded with all the show’s playback content which appeared on five LED surfaces onstage.

At the end of the rehearsal period, they switched to one console to run the lighting and video showfile as the tour kicked off with a glittering premiere at the Nieuwe Luxor in Rotterdam. Before that, Thomas had also spent some time pre-vizzing at Live Legends’ Amsterdam studios.

As programmer operator for the tour, it was ultimately Thomas’s decision to go with grandMA3. Both he and Pepijn had been using grandMA2 for a long time and reckoned this was a great opportunity to make the switch as there was sufficient time in the schedule for them to familiarise themselves with the new features and gauge which elements would work best on this specific show.

Thomas really likes the set up and the physical layout of the grandMA3 console. “All the buttons are in exactly the right places; it is a well thought-through product and feels great to operate,” he commented. He thinks the multi-touch screens are powerful and cool. “They facilitate extremely fast programming, especially once the muscle memory sets in!” he confirms.

Aesthetically, the design challenge for this show was hitting the perfect balance between lighting, video and set, and ensuring that the five Dolly Dots remained firmly the centre of attention. The slick, classy looking set comprises an upstage pros arch made from scenic décor panels which frames the five 1-metre-wide by 3-metre-high video columns. This frame also contains a cross-stage header-style banner upstage of the LED screens, made from gauze, which moves up and down – utilising the house fly bars – to help change the appearance of the space.

There are also some moving lights on the same automated bar. This highly effective trick adds plenty of visual value to the overall picture keeping everything neat and linear, maximising the space. The five artists perform on a clear, clean downstage area.

The touring lighting rig features around 80 moving lights in total plus LED floods and LED battens, and at each venue they hook into the house front lighting, typically around 40 x 2K conventionals. Video from the screens plays out from 11 layers of the Resolume server triggered via the grandMA3 with the video and lighting cues integrated into main sequences, keeping everything neat, tidy, and aligned.

Thomas comments that there are many additional features available on the grandMA3 that can make video behave like a lighting fixture, and he can see potential for this on shows where combining lighting and video operation is both practical and efficient for the workflow.

He is enjoying working on the tour which has a great vibe and is being enthusiastically received by audiences all around the Netherlands as the Dolly Dots rip through their impressive back catalogue from pumping pop to anthemic power ballads, offering a highly dynamic set and lots of fun!

Thomas has worked with grandMA control for over 10 years and says “it’s extremely powerful especially as a multiple user platform”. He has also really enjoyed embracing grandMA3, stating, “It’s been an exciting journey, and I will be using grandMA3 - and often - going forward, as it’s the future,” he concluded.

The Dolly Dots tour lighting, sound and video equipment is being supplied by HVR Show Equipment, the Resolume system was supplied by Live Legends, and the initial video programming was completed by Wouter Boussen. Rolight Theatertechniek BV is the exclusive distributor of MA Lighting in the Netherlands.