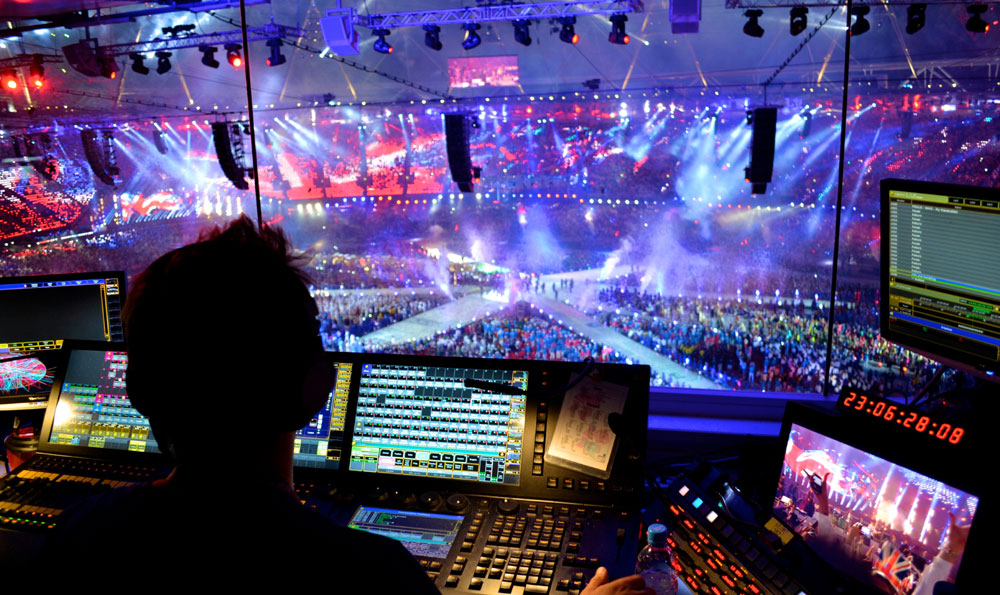 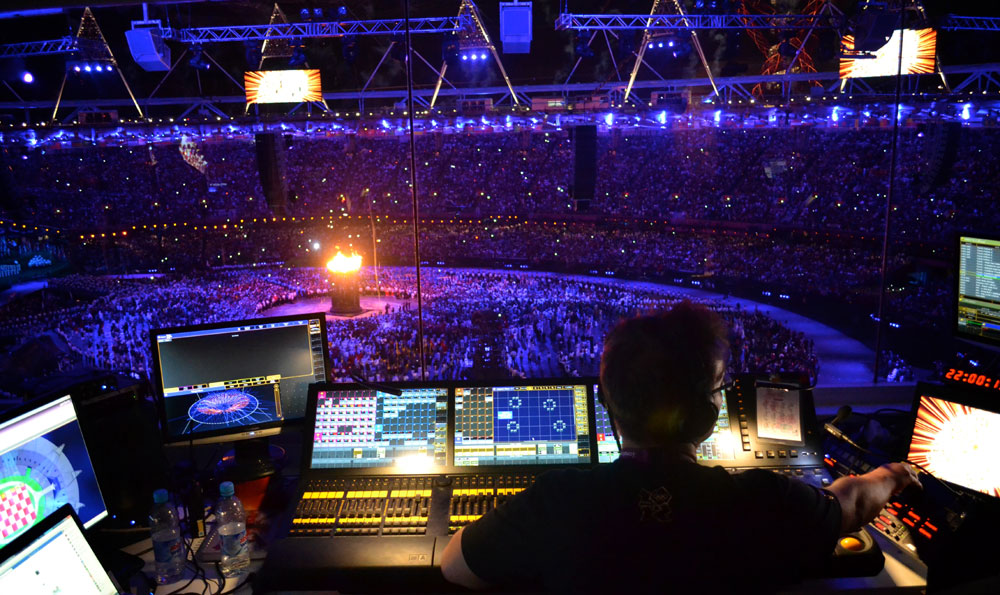 Among the most memorable live extravaganzas of 2012 will be the four Ceremonies that opened and closed the London Olympic and Paralympic Games, all featuring lighting designed by Patrick Woodroffe.

Woodroffe worked with a dedicated team of lighting programmers led by Tim Routledge in the four month run up to the massive events, which attracted record audience viewing figures worldwide, all captivated by the magic of the superlative theatre played out from within London’s Olympic Stadium.

Andy Voller, Pryderi Baskerville and Alex Passmore joined Tim on the lighting programming team for which Tim chose to programme his elements of the show on two grandMA2 full-size consoles. These were run as main and backup.

Another grandMA2 light was used as a technical desk on the field of play, and the control system also utilised five MA NPU (Network Processing Units) (one as spare). Alex Passmore also used the same MA System for his work on the Paralympic Opening Ceremony.

Each of the three programmers controlled approximately a third of the ‘house’ lighting rig installed in the Stadium for the duration of the Olympics and then rejigged for the Paralympics when the programming team became just two.

Four different ‘specials’ lighting packages were then installed for each of the four ceremonies depending on the scenic and creative objectives.

The shows were each triggered by a combination of manual cues and SMPTE timecode, with 24 timecode scripts running for the Olympics Opening Ceremony alone.

The show was visualised on both wysiwyg and also on grandMA 3D using a fabulous Macro written by Matt Peel. This enabled importation of the lighting patch information from MS Excel spreadsheets and the X-Y-Z co-ordinates of the stadium CAD drawings, facilitating the creation of a full 3D environment within the console, quickly and without the need for monotonous data entry!

Onscreen layouts were then produced using the Camera View, which proved the simplest and most straightforward way to grab, control and view fixtures at a glance. Control data was output via ArtNet from the grandMA2 and merged into the streams of the other consoles operating show lighting via PRG’s Series 400 nodes.

grandMA2 is Tim’s choice of control platform and has been for some time. The system proved every bit as rock solid, fast and reliable as he knew it would be. With over 100 nights of overnight programming, this intensive and long period was a real test that the console was up to a mountainous challenge! He made extensive use of features like the Effects Engine to create powerful chases and effects very quickly.

An example of this was during the ‘Thanks Tim’ (refereeing to internet pioneer Tim Berners-Lee) section of the Olympics Opening Ceremony, a 60 segment musical mash-up for which over 300 different lighting effects were created in the grandMA2.

Tim was also Assistant Lighting Designer and programmer for Durham Marenghi on the Queen’s Diamond Jubilee Concert at the start of the summer, again using a grandMA2 system. Ambersphere Solutions is the exclusive distributor of MA Lighting in the UK.