“Lots of bells and whistles“ 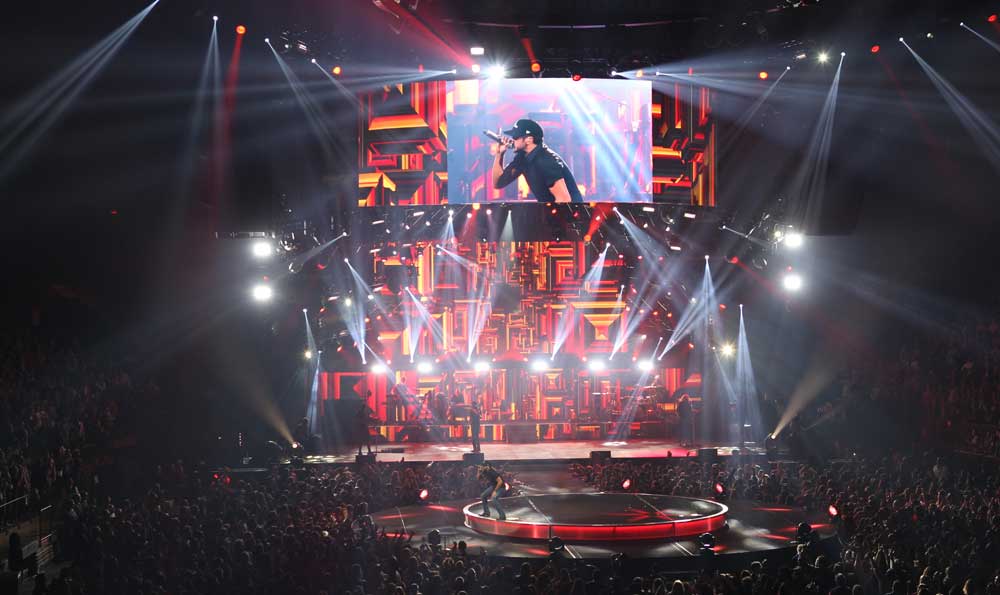 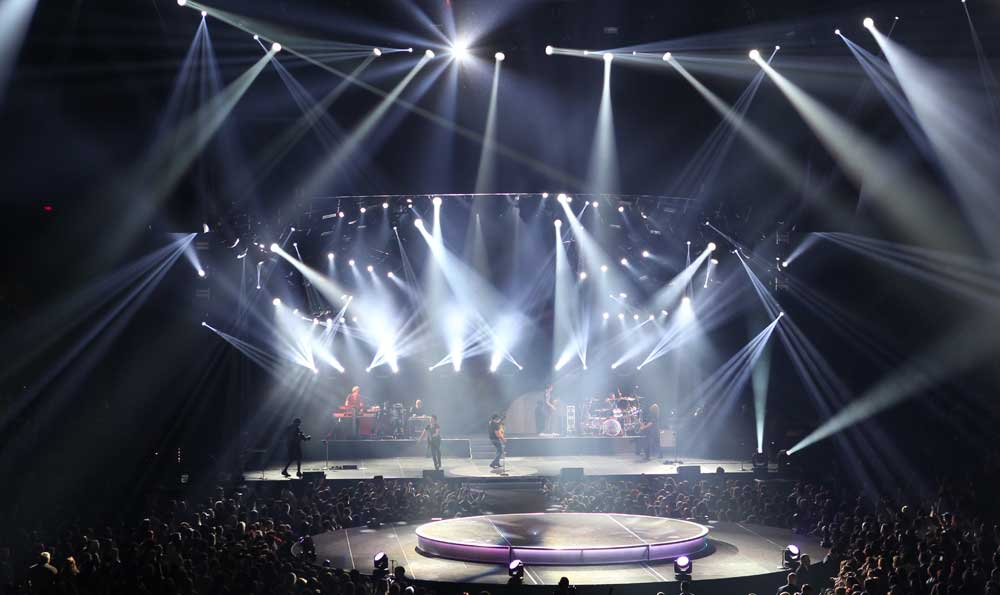 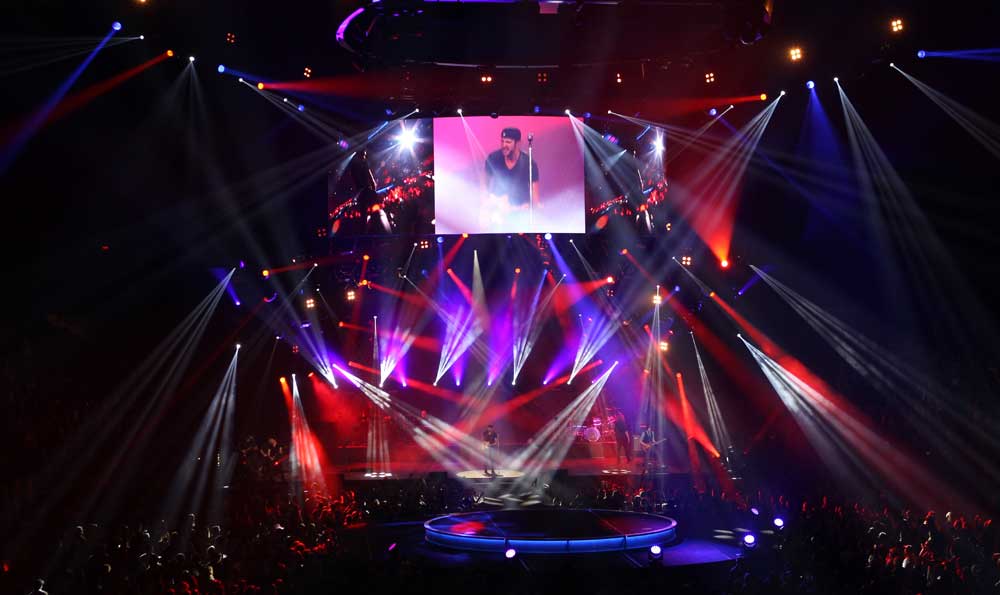 Luke Bryan has rolled out his “That’s My Kind of Night Tour”, and Elite Multimedia Productions in Nashville is providing grandMA2 consoles as Bryan once again takes to the road. The popular country artist’s new tour is named after his latest single, which has catapulted to # 1 in the country charts.
“We just concluded the Dirt Road Diaries Tour with Luke; his new tour will run from January 2014 to the end of October”, says Tom Wilson, vice president of event productions at Elite Multimedia Productions.

Lighting designer Justin Kitchenman of Fade Up Design Group points out that Bryan “wants all of his productions to be big, ambitious and with lots of bells and whistles. When someone walks into this show they’re walking into a party.”

Bryan is at the centre of the action figuratively and literally. “We designed a 42-foot wide circle stage that sits at the end of the thrust giving the entire audience a 360º view of Luke for the majority of the show,” says Kitchenman. “Having a lighting rig that can light the entire room and have lots of punch was essential.”

Kitchenman was challenged to keep the sight lines clean and offer the entire audience “the full concert experience. We don’t want the people off to the sides or way up top to ever feel like they are missing out on elements of the show.”
Kitchenman has been using grandMA and grandMA2 consoles almost exclusively for the last seven years. “MA consoles are by far the most user-friendly on the market today”, he says. For Bryan’s new tour he’s running 2 x grandMA2 full-size at FOH and 1 x grandMA2 light at dimmers for tech and emergency backup.

He programmed the majority of the show himself but brought in programmer Johnny Caudill for rehearsals; he plans to call on Caudill throughout the year for larger-scale productions that may need advance overnight programing.
Kitchenman admits that he’s become so accustomed to all of the features of the grandMA2 that he sometimes forgets “that they are unique.” He cites “the ease of MA-Net2 for data distribution on such a large production, which is huge for me” and the dedicated Art-Net output for running media servers. “The physical size of the console and number of playback faders and buttons give me the ability to operate the show with comfort and ease”, he adds.

A.C.T Lighting Inc. is the exclusive distributor for MA Lighting in the US and Canada.