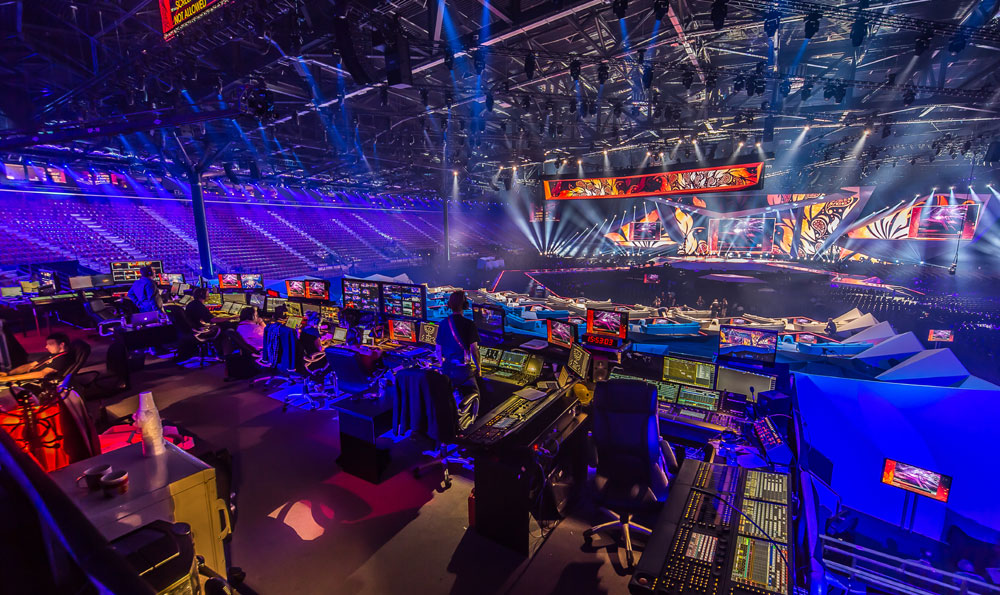 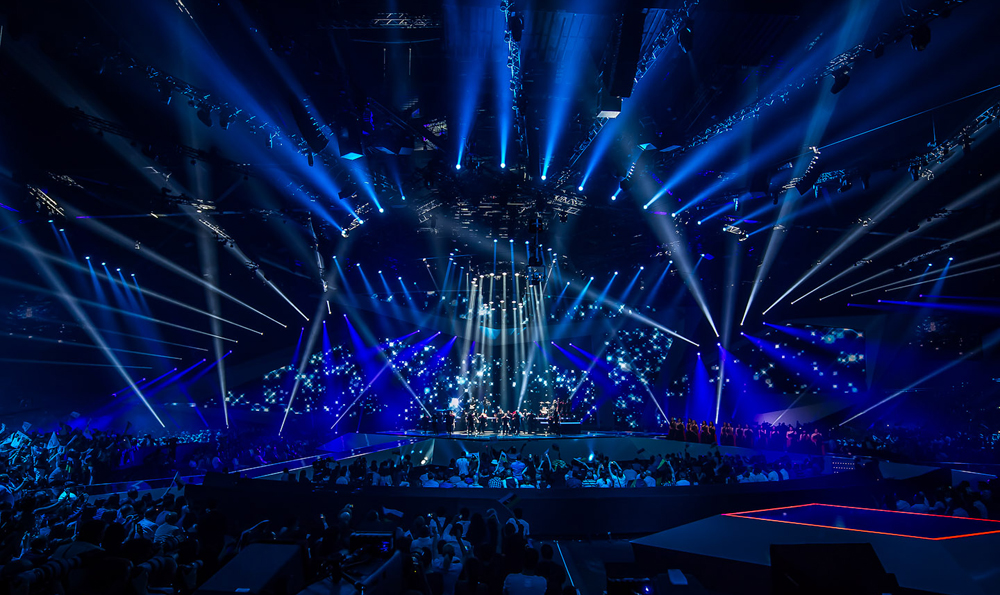 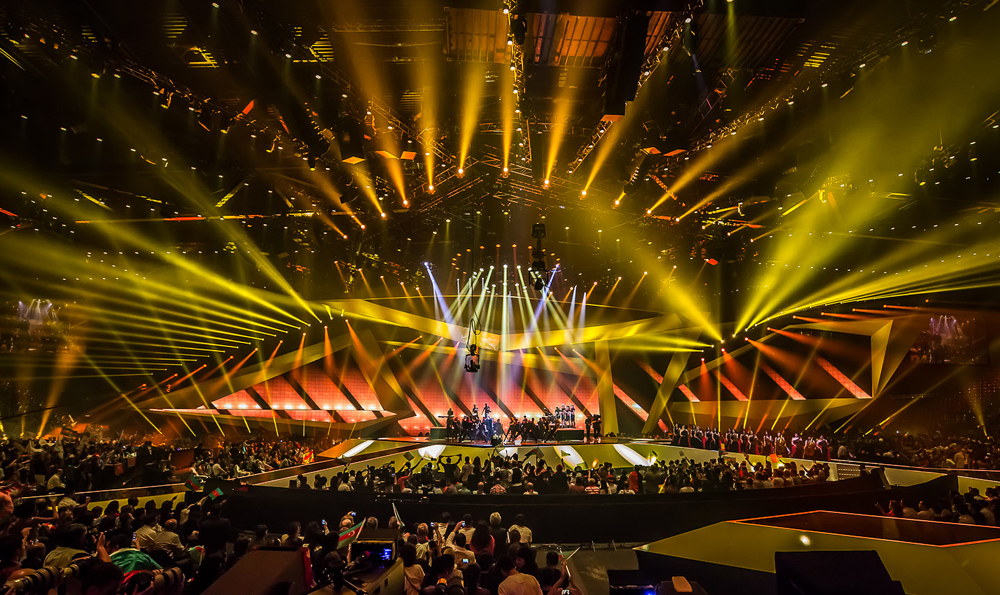 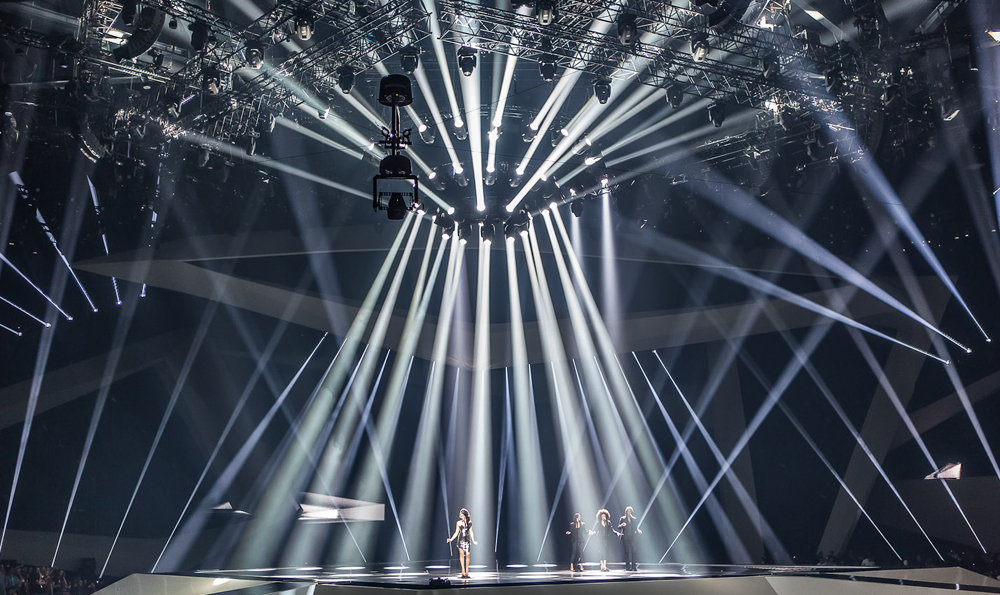 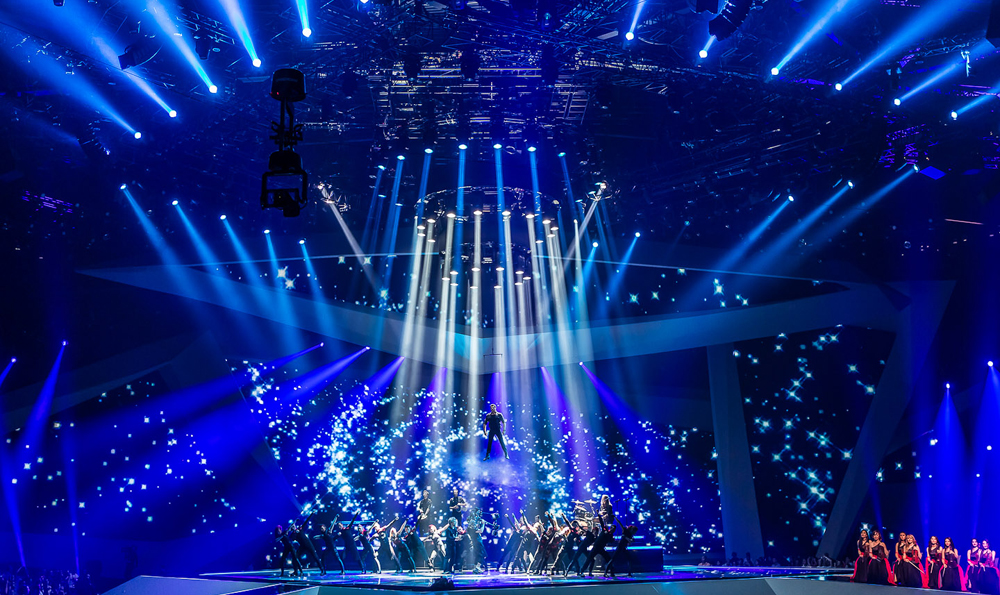 MA Lighting once again took control for the Eurovision Song Contest, which recently completed its 56th consecutive year, held at the Baku Crystal Hall in Azerbaijan. The facility was commissioned by the City of Baku specifically for the event as a brand new multi-purpose indoor arena with a capacity of 23,000 spectators.

MA Lighting is no stranger to Eurovision. The production is well known for its technical achievements and its equipment demands are high. For a live broadcast with approximately 125 million viewers, nothing is left to chance.
The show consisted of three live broadcasts – Semi-finals 1 and 2 on May 22nd and 24th and the Finals on May 26th. In addition to a live viewing audience of 23,000, Finals had an estimated 125 million television and internet viewers, making it the largest music television program in the world.

Lighting designer Jerry Appelt, who was also the lighting designer of last year’s Eurovision Song Contest in Germany, specified an impressive lighting rig to compliment the new arena. More than 1,400 moving lights (2,891 lighting fixtures total) with 39,860 parameters allowed 42 countries plus an elaborate interval act and opening performance to have a completely unique look during the overall 7-hour broadcasts.

MA Lighting took 100% control of the show. 8 x grandMA2 full-size consoles, as well as 5 x grandMA2 fader wing ran all lighting, triggered via Timecode. 15 x MA NPU (Network Processing Unit) devices and 21 x MA NSP (Network Signal Processor) handled all traffic in one session on the MA-Net2. “I feel very good having grandMA2 on this show, it’s very reliable and that’s so important with a show of this magnitude,” said Appelt. “Its Timecode is the very best. Absolutely every millisecond is cued and then rehearsed again and again and again. The MA system always delivers a great result.” Preprogramming was accomplished on a grandMA 3D running on five custom built Cape Cross PCs. In total there were 78 patched universes and 4,310 cues.

Of the 1,400 moving heads used, the dominant part came from CP. They were primarily used around and above the stage, outlining the stage elements and being the main focus in camera shots. The overall goal of the lighting design was to mimic and compliment the architectural design created by stage designer Florian Wieder. “The stage design was much more angular than in the past and I wanted the lights to make these features stand out,” said Appelt.

“Having an all Clay Paky rig just makes the process so smooth – all the colours work perfectly together and you know what to expect from the lights. There’s a fixture for every need and always plenty of new stunning effects. Consistency is key”, explained Appelt.

A big challenge for the crew was that this show was the very first event ever in the new arena. Appelt added, “We were also dealing with a lower trim height – only 16 metres compared to last year’s 30. That posed some new design challenges as well.”

6 x Robert Juliat Aramis 2500W and 4 x Robert Juliat Lancelot 4000W shined the spotlight on the performers from three different follow spot positions in the ceiling. In addition, 6 x Alpha Beam 1500s were used as follow spots for the back truss. The fixtures were modified to meet the requirements of follow spot operators by adding a handle and removing the automated yoke. Appelt explained, “These were great for targeting and colour bumping. Maybe we created something new for Clay Paky!”

Cape Cross of Cologne, Germany provided all lighting and rigging for the show. Thomas Brügge, managing director of Cape Cross said, “MA Lighting is a very strong partner for us. The desks are of unparalleled quality and the support is second to none.”

Concert and stage producer Ola Melzig consulted with the delegations and artists regarding the details of each performance including lighting, video, pyro, sound and camera angles. “It all comes down to timing and control and grandMA2 delivers every time. I’ve worked on many Eurovisions where MA Lighting desks were used and the results are always exactly what we expect.”

The company behind the creative production of Eurovision 2012 was Brainpool TV GmbH, who led the production in 2011 in Duesseldorf as well. Led by producer show Jörg Grabosch, Brainpool managed all creative aspects including staging, lighting, pyro, hosts, viewing room, technical crew, etc. and managed the companies in charge of these areas: Cape Cross (lighting & rigging); Creative Technology (video); MCI (set construction); and LunatX (pyro) who also worked with a grandMA2. Lighting was overseen by Cape Cross Technical Manager Christian Hanno.

Final results of the competition put Sweden as 2012 champion with the song “Euphoria” by Loreen, putting the show back in Sweden for the first time since 2000.