grandMA2 was on the road with the “Nitro Circus” 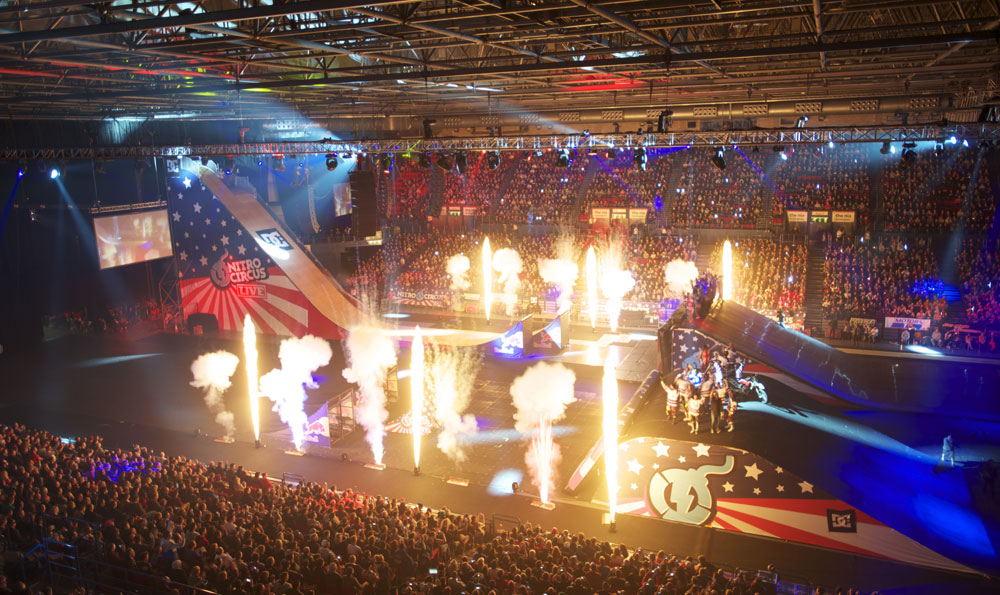 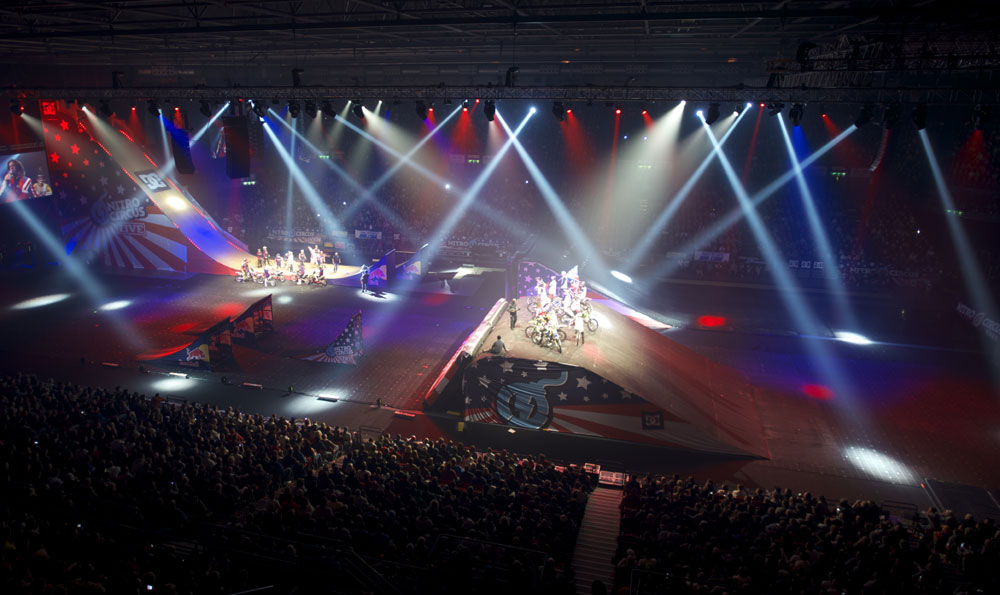 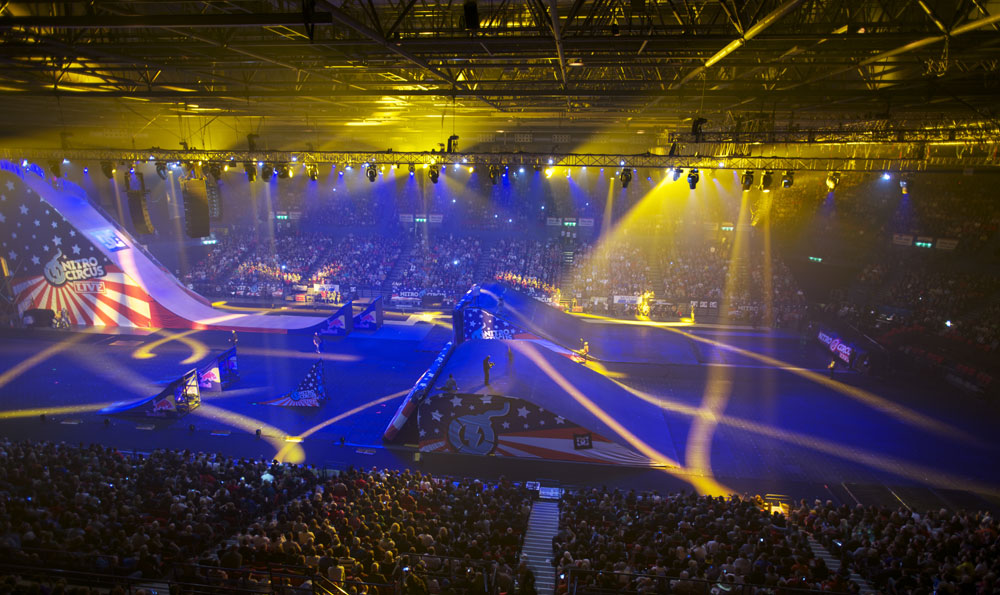 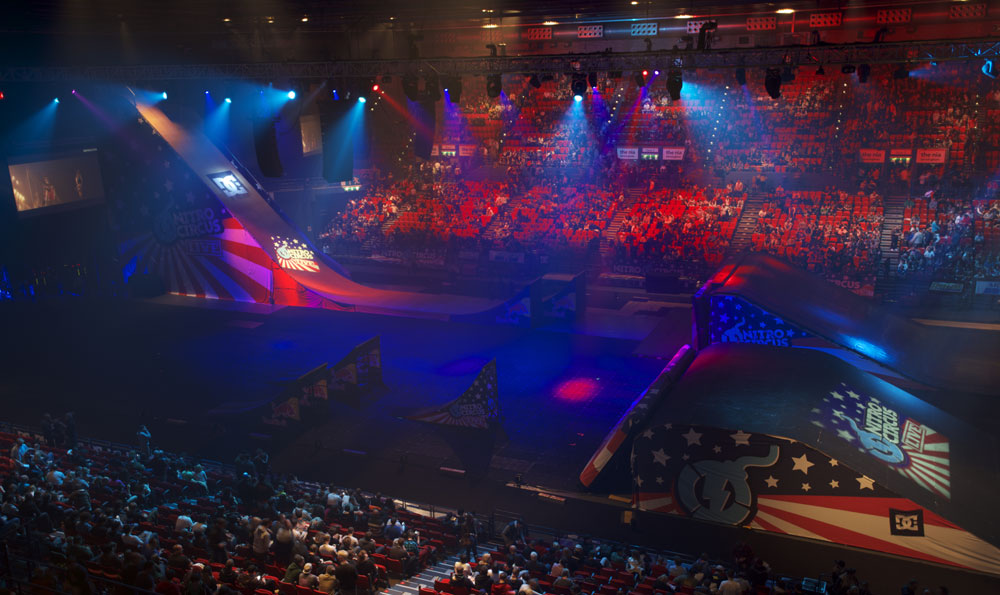 The “Nitro Circus Live” show is an action fueled performance led by Freestyle MotorX star Travis Pastrana. It features a star studded array of like minded friends who push the envelope of freestyle trickery. Recently the show was back touring Europe. Lighting designer Paul Collison relied on two grandMA2 light consoles to control the show’s lighting.

Collison commented: “The biggest advantage for the grandMA2 platform on this project was the simplicity of the networking. Being able to have a control surface on the floor and one in the arena grandstand really helped manage the plotting. The show is viewed around 270° and covering the riders evenly from both sides on the ramps was of paramount importance. Having control surfaces on both sides of the arena also really helped with achieving this in the short timeframe. The show producers wanted a really simplistic look - white riding lights during the tricks, real show elements in between. I did manage to introduce a little colour and movement across the term of the tour though!”

“I had a moment of sheer pleasure when we hit Arnhem in Holland,” continues Collison. “It was the largest attendance ever to the show, so we celebrated that fact by doubling our count of 24 Clay Paky Alpha Beam 1500 to 48. Using the predefined ‘clone fixture in a sequence’ macro and spending all of five minutes updating the positions was all I had to do to add them to the show! Naturally I then spent some time modifying their functions throughout the sequence, but at that point, we had a show.”

Neg Earth from the UK supplied the lighting system. Led by Ross Colledge “They were a most professional and outstanding crew”, praised Collison.