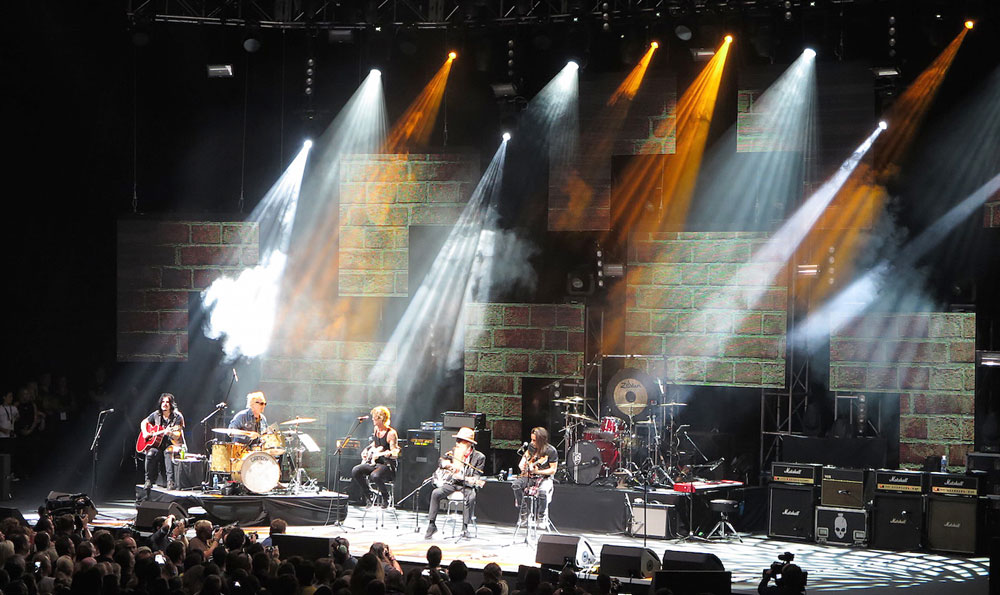 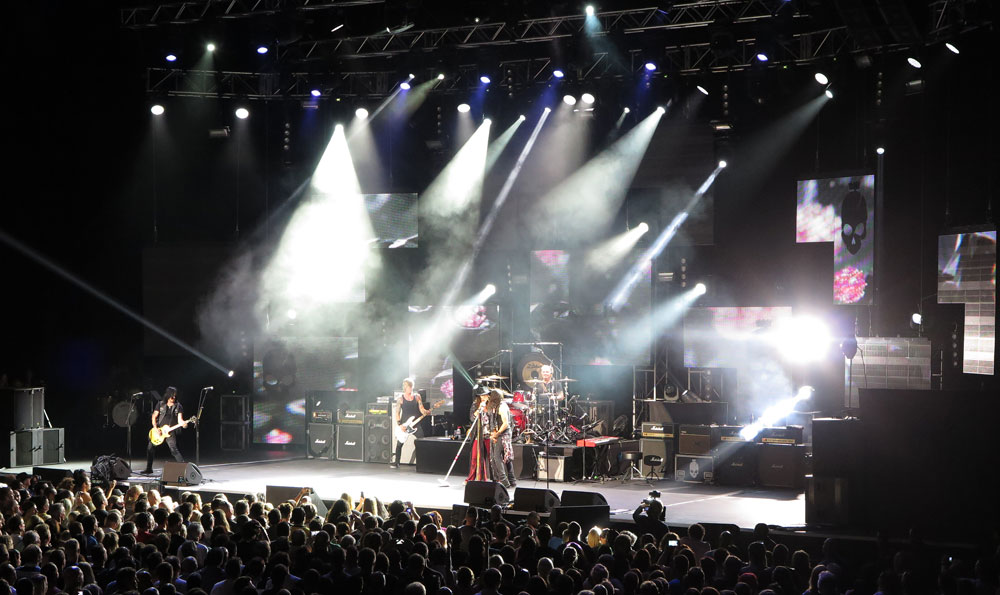 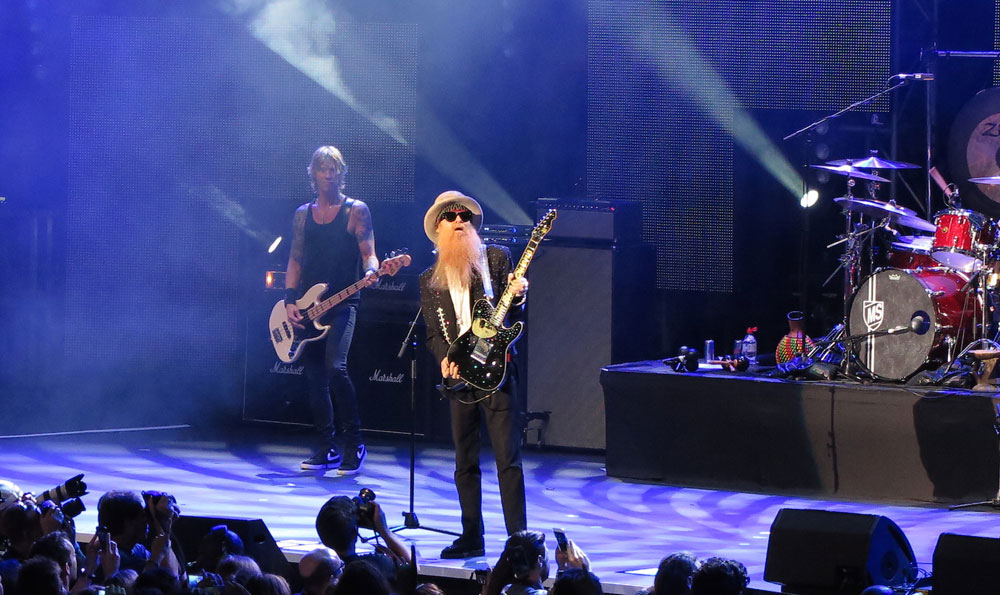 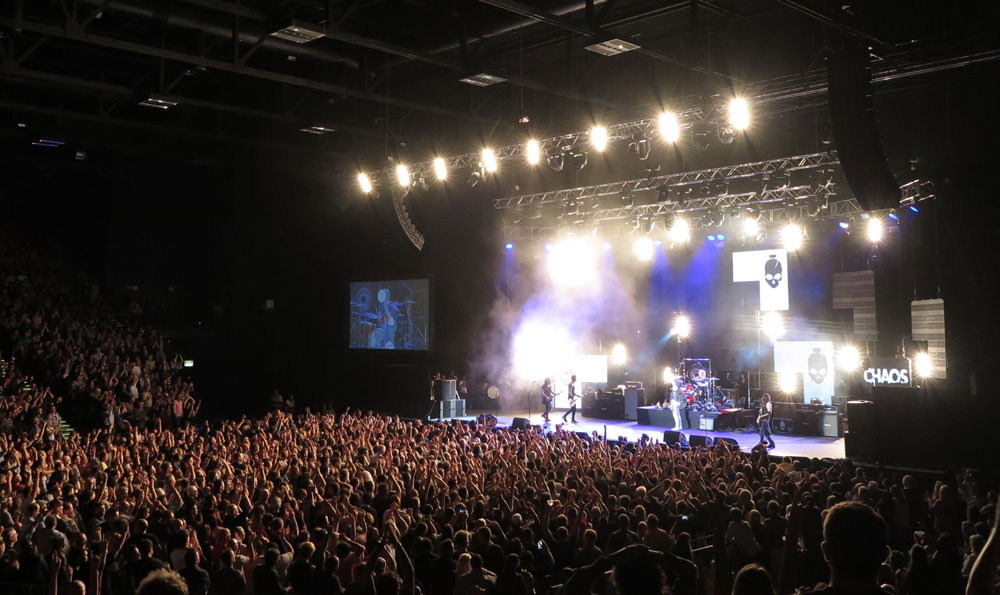 Lighting designer Willie Bothma once again lit the Kings of Chaos on their latest tour to Sun City and at GrandWest’s Grand Arena in Cape Town with a grandMA2. The full technical was supplied by Gearhouse Group’s Cape Town branch and supported by Gavin Taylor, Sean Caie and the team at the Grand Arena.

“It was a great show to do,” said Bothma from Gearhouse who also lit the performance in 2013. “The only request was that the band should be seen all times and this was done. At the end of the day it’s about the band and that is why people come to the show.”

The rig and design were the same at both venues. The main challenge was setting up the LED screens which hung off back truss. It took some time and only once they were perfectly lined up the crew could bring in the truss tower and other gear. Bothma worked alongside a team including colleague Charl Smit, Branch Manager at Gearhouse South Africa in Cape Town.

Bothma programmed on a grandMA2 light. “My favourite parts were those moments when I got it right, when certain elements happened exactly when they were supposed to happen, on time and in time with the music.” And there were a bunch of them.

“I want to thank my crew and also the Kings of Chaos,” said Bothma. “After last year they had no hesitation in asking me to do it again. Thank you also to the people who support me at work and also my family.”