“The evolution of entertainment” 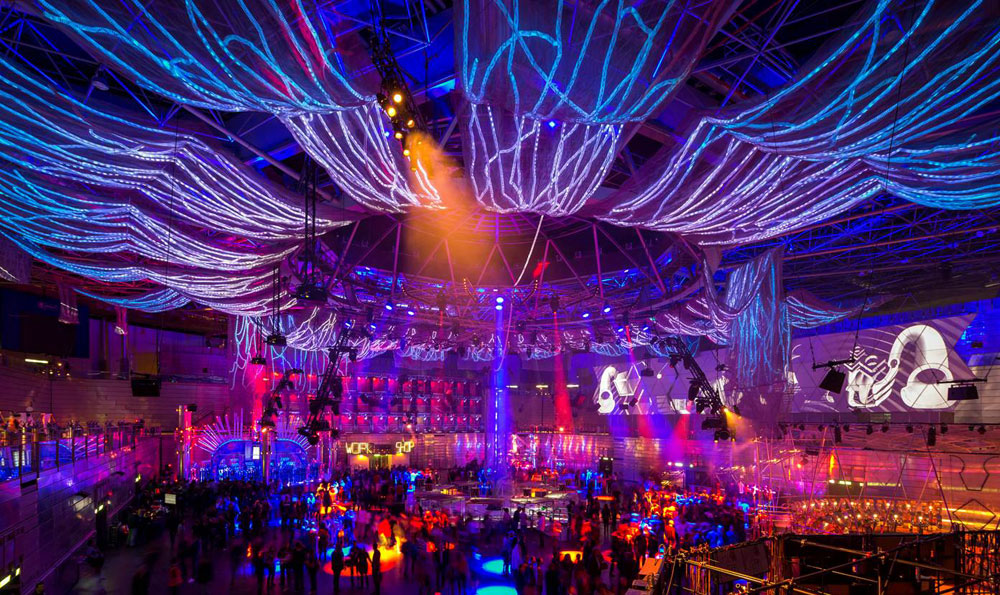 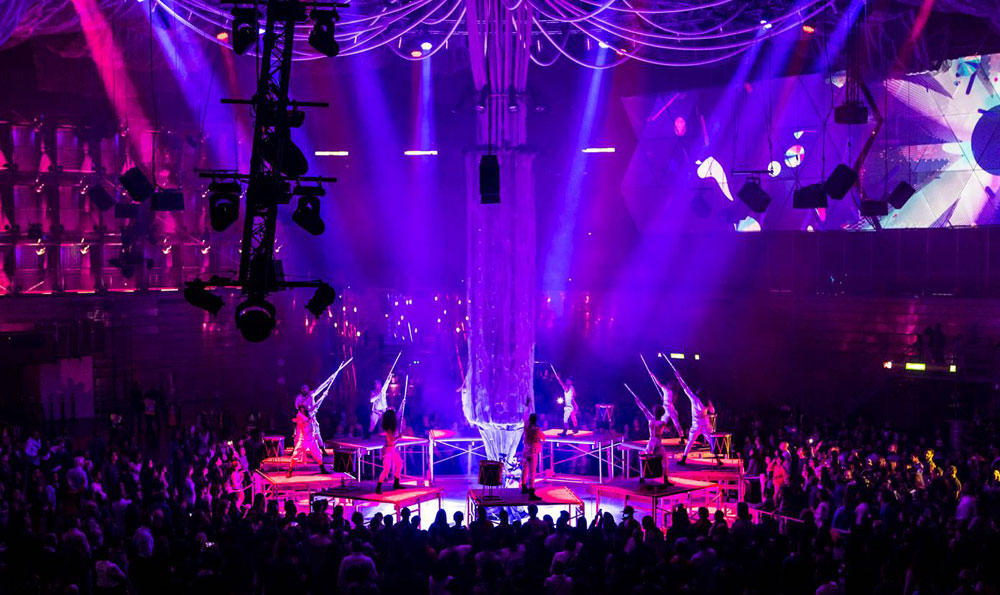 The Sama-Sama Live interactive park in Madrid is a revolutionary new concept in the entertainment industry. The park offers the audience an opportunity to participate and feel how it is to be a performer. Roy Ofer, founder and CEO of Sama-Sama, had the vision to create a fun and loose way to reach out to the visitors inner artist and connect them with their own creativity to the core of this new experience. Skip Sherman, chief creative officer of Sama-Sama describes it as “the evolution of entertainment. This journey takes you from your passive seat and lets you jump into the story.” The park hosts ten different attractions called sections. Each one invites the visitor to try different aspects of creativity through music, rhythm, movement sound and lights

Eran Klein of Cochavi&Klein light architects explained: ”It was clear to us from the first moment we had new challenges ahead. The concept of the show merges the need to design the space as real as opposed to a set that you light, because this set is alive by definition. The set gets energy from the audience and reacts to them. We chose to address the light as a form of communication. The light acted as a character if you will. For example in the biggest attraction the cubes (which is a massive wall build as 42 individual cells), you are invited to dance by watching a video and hitting four triggers. At the same time that you play in your own cube, the bigger picture is that you are actually taking a part in a huge show for the rest of the park to watch. This means we had to give you confidence so we used the key light only from the floor so you almost don’t feel it's there when you dance.”

Eli Cochavi CEO of Cochavi&Klein added:” It is probably the biggest and most complex systems ever done on a single show.” The preproduction light design process took more than eight months and was made via WYSIWYG. Preprogramming was done on grandMA2 full-size supplied by A.B Electronics MA Lighting’s distributer in Israel. The design integrated more than 2.000 light fixtures, the system ran on MA-Net via the MA NPU and was controlled by the grandMA2 full-size.

Klein commented: ”We are familiar with MA Lighting products since a long time and the decision to work with the grandMA2 was the natural decision in order to transform our dreams and visions into the real world.  A system should act as a part of you and allow you to bring to life what you dream about. We needed a stable network based system that can run huge amounts of data and calculations from multiple sources. We knew we had to design a system that can offer us flexibility and the ability to program multiple areas at the same time. For example during the setup we preprogramed the drums in the preprogramming room and at same time had another desk on the floor checking the system and updating presets simultaneously in the arena while the whole system was in session. The super priority came in very handy when wanted to add new ideas. We had to use different programming methods for different attractions and functions. By the premiere we got up to 2.354 cues, hundreds of effects and presets, macros, midi notes coming in and time code all running at the same time. The consoles just kept smiling back at us.“