“The whole experience has been a very positive one” 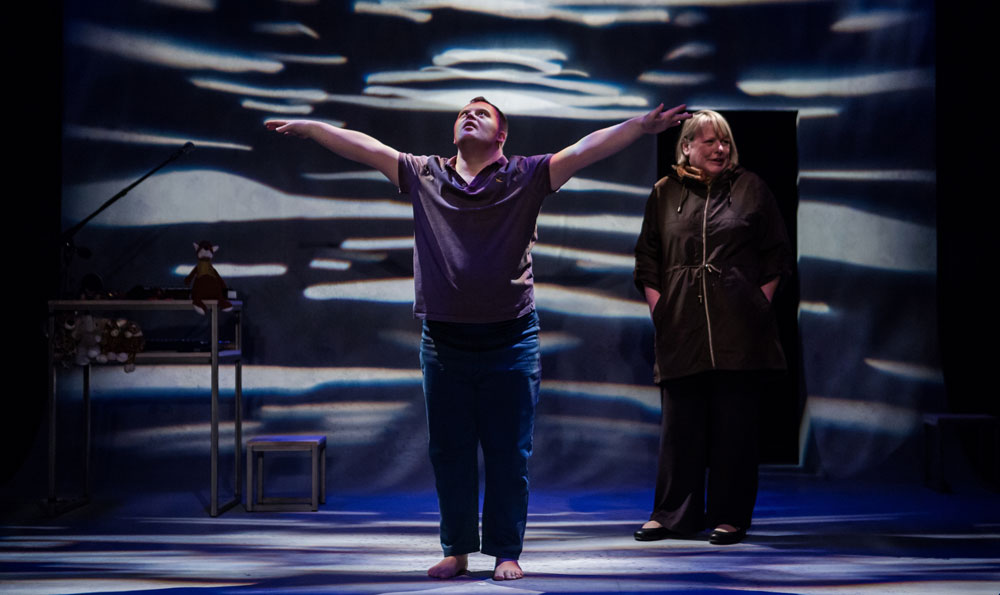 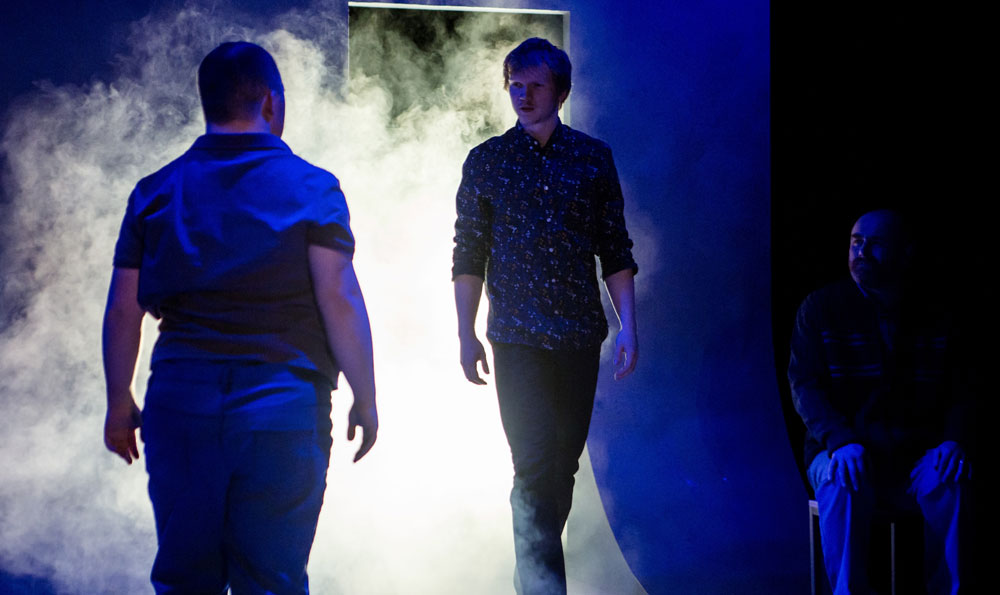 The Salisbury Playhouse has recently brought down the curtain on a Myrtle Theatre Company production of “Up Down Man” by Brendan Murray. The lighting of this internationally acclaimed play was designed and programmed by award winning lighting designer Michael Straun. He chose to run the show on an MA Lighting dot2 core console after attending one of the seminars run by exclusive UK distributor, Ambersphere Solutions.

Straun was keen to get a closer look at the dot2 console after his first brief encounter at a show in Sydney, Australia. “I didn’t have time to have a proper ‘play’ to explore what it could really do so I grabbed the chance to attend one of the sessions offered by Ambersphere. It provided a good insight into the basics of the desk but the Ambersphere team was also on hand to answer more in-depth questions. However well you think you know a console you always learn new tricks and quicker programming styles when going through everything from scratch in that sort of environment.”

“For me, MA produce good software that works - with good hardware that works and the dot2 carries on this tradition,” continued Straun. “Even though the touch screens are small they display all the information you need. By plugging in an external monitor you can see even more information. The desk is lightweight but feels well made; the buttons feel the same as on a grandMA2 full-size. The software works solidly and is extremely easy to use and understand. Coming from grandMA2 it’s the same language; the networking is foolproof, literally as easy as connecting a cable, launching the software and starting a session.”

After the seminar had ended Straun spent time talking to Thor André from the Ambersphere team. “Sitting down with Michael after the training in Glasgow was fun,” commented André. “He had very clear ideas about what he wanted the console to be able to do and I was able to show him solutions to all the scenarios he set me. At first glance, the console looks almost too simple and easy. And it is! But once you start digging a bit deeper, you realise just how advanced it really is. And this tends to be the turning point for experienced programmers like Michael.” It was decided the next best step was to try a console out on a live project; “Up Down Man” was identified as an ideal opportunity.

“I had the console during the last week of rehearsals so I was able to get familiar with it and start to preprogramme the cues using WYSIWYG. This was fantastic and a big time saver. By the time we got to the programming session I already had 80 cues in the desk and only minor adjustments were needed before we could start the tech rehearsals.”

“The syntax is extremely easy to understand and follow. You can very quickly create a nice looking effect using the templates. For me the MIB function was extremely useful. You don’t have to worry about how the moving lights are going to preset for their next cue, this saves a lot of time and thinking. The tracking does what you expect it to do and using record cue only means you always have the option to not effect the rest of the show. It’s useful that the preset touch screen automatically changes depending on the attribute you select. Again less to think about. When running the show during the technical rehearsals I was able to give the deputy stage manager a laptop running dot2 onPC in the control box while I stayed FoH with the console. She was able to hit the go button and I was able to update cues on the fly. Again this speeded up the tech process.” After handing over the operation of the console, Straun received daily show reports: there wasn’t a single negative mention of the console during the whole run.

“The whole experience has been a very positive one,” concludes Straun. “So much so that I’m planning a visit to Ambersphere to refresh my grandMA2 knowledge! Throughout this process Thor and the Ambersphere team have been very helpful and supportive. Rather than pushing me to into a hard sell, they suggested I tried one out to see if it was right for me or the job. I would spec this console for any theatre show in the future and it would be perfect for corporate events. It may not replace a grandMA2 but I would definitely put it on a cue stacked band tour were we were within 8 universes of DMX.”

“The headway we are making into theatre with dot2 speaks volumes about the development team behind MA consoles,” adds André. “For LDs, programmers and of course rental companies, being able to rely on a single brand of console to fulfil every type of job, is invaluable. Whatever kind of work you do, MA consoles provide the perfect platform for success.”