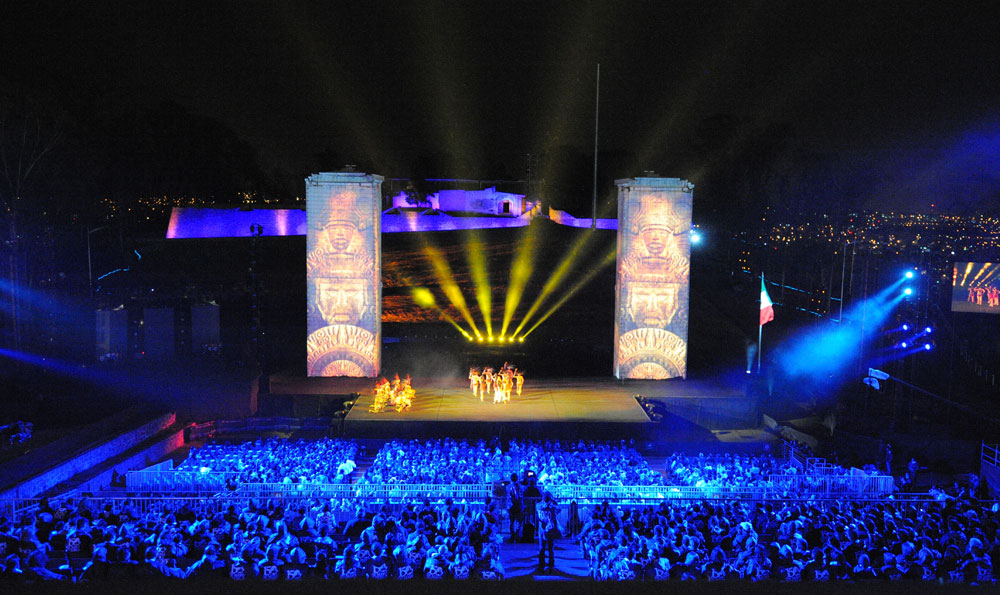 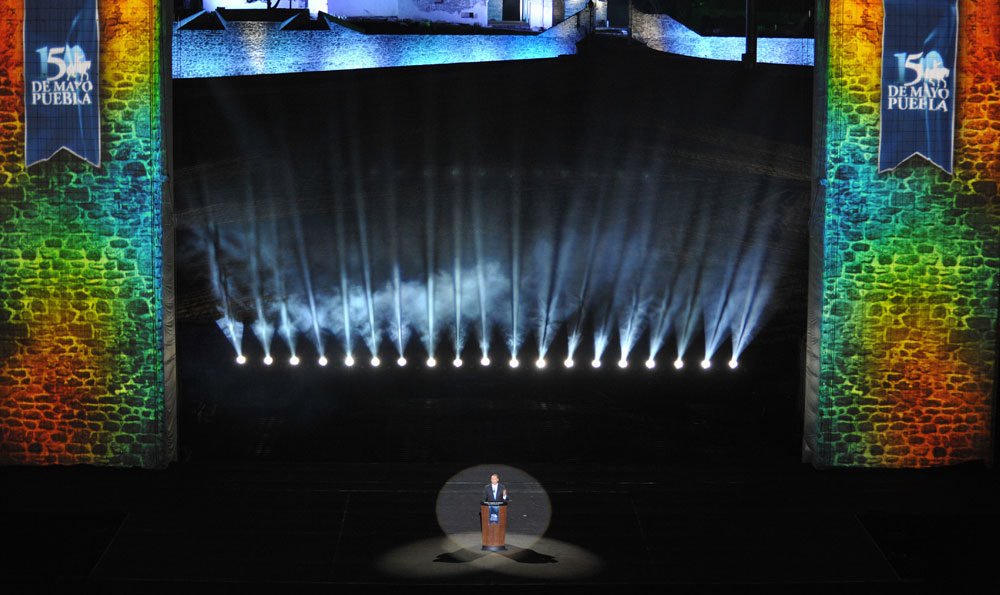 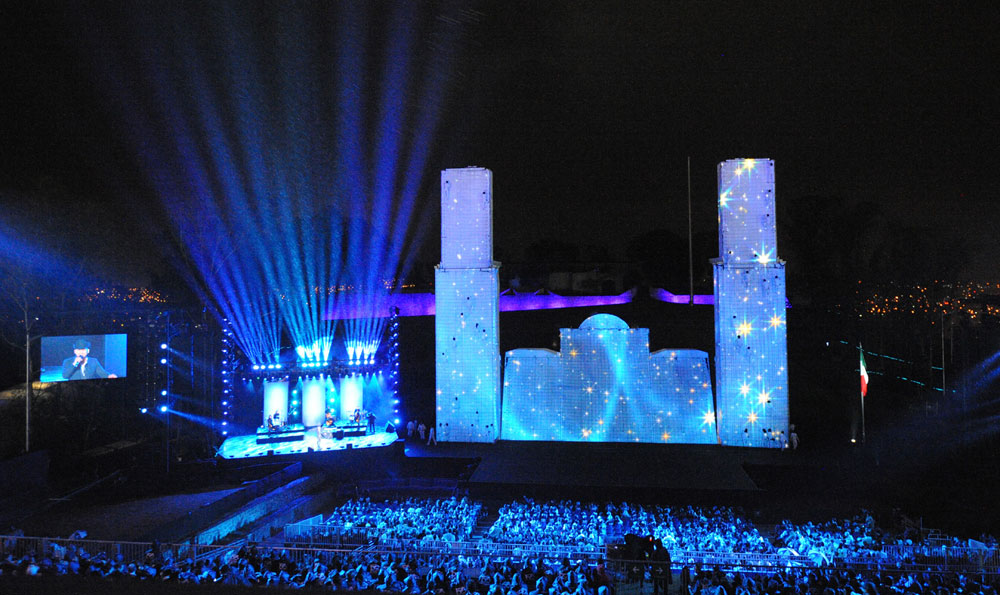 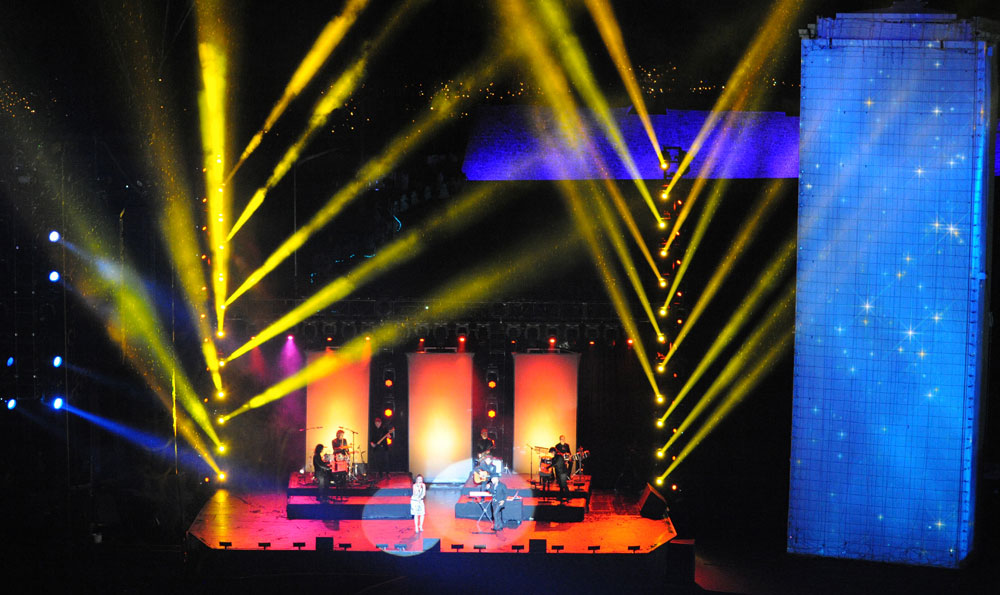 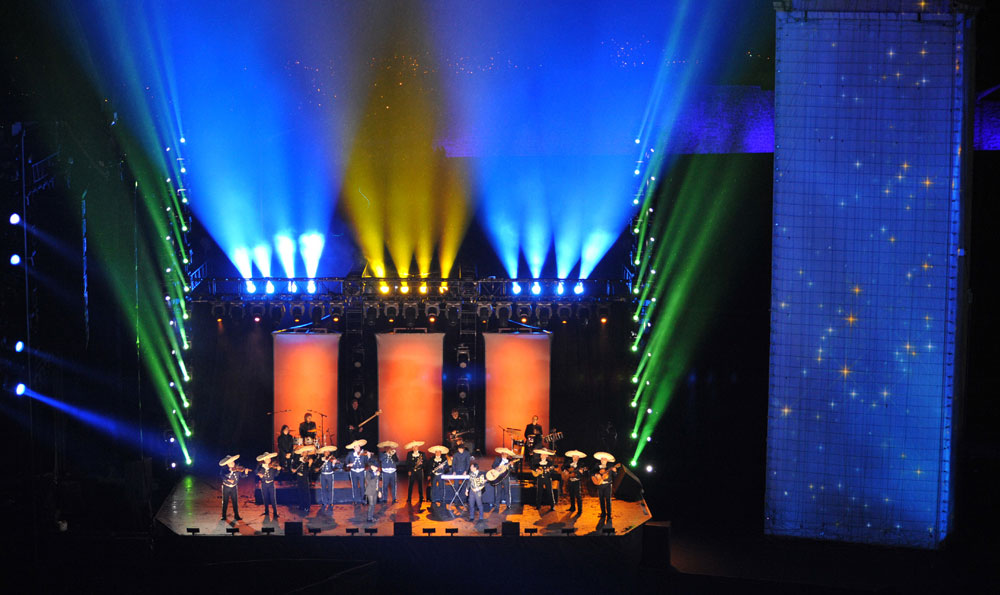 Mexico undoubtedly knows how to celebrate. When the country recently marked the 150th anniversary of Cinco de Mayo – the commemoration of the Battle of Puebla, which halted an invasion by the French – it pulled out all the stops with an array of festivities and special events. grandMA2 lighting consoles were on hand for the Cinco de Mayo Spectacular, the nighttime gala orchestrated by Five Currents, the production company for the 2011 Pan American Games Ceremonies in Guadalajara Mexico and countless other spectacles.

The Cinco de Mayo Spectacular, hosted by former Miss Universe Ximena Navarrette, featured star-studded tributes, an appearance by the Mexican president and a massive display of fireworks. It was staged at the Guadalupe Fort in Puebla; the city is a UNESCO World Heritage Centre. Televisa broadcast the event nationwide.

Lighting designer David Grill, of David Grill Associates, Inc. in Mahwah, New Jersey, specified a grandMA2 for control of some 375 moving lights during the spectacular and utilised a second grandMA2 full-size as a backup console. A grandMA2 light served as the focus console remote. Solotech furnished the complete system.

“There was a massive main stage for the headline talent,” he reports. “Then there was the fort in the background. And the hill between the two that was a performance area as well.  So everything in the environment was really part of the shot.”

Grill opted for the grandMA2 “because of the strength of their networking,” he says. “Stuff was everywhere, so we needed the efficiency of using the MA network. It made things really simple thanks to its processing speed.  The way the system deals with effects enabled us to quickly do things that would have been much more time consuming on other consoles. We could also create all sorts of little visual mapping tools that made life much easier.  All of this from a system dramatically more user-friendly than anything else.”
He adds that, “We had great support from MA in transitioning from grandMA, which we had been using, to grandMA2. And A.C.T took good care of us.”

Lighting director and programmer Paul Sonnleitner was accustomed to doing shows of the scale of the spectacular, but this was his first with grandMA2. “I really liked the layout feature, which helped me manage the three distinct areas,” he says. “I could actually draw out where the fixtures fell. It’s a great tool for large rigs: You can see what colour they’re in, what gobo.  You can see the whole rig as a unit and grab large areas and change things without knowing the fixtures’ channel number.”

He also praises the grandMA2’s effects engine, which “has come a long way. It’s fun to build effects from scratch and add them to the MA toolkit.”

A.C.T Lighting is the North American distributor of MA Lighting.