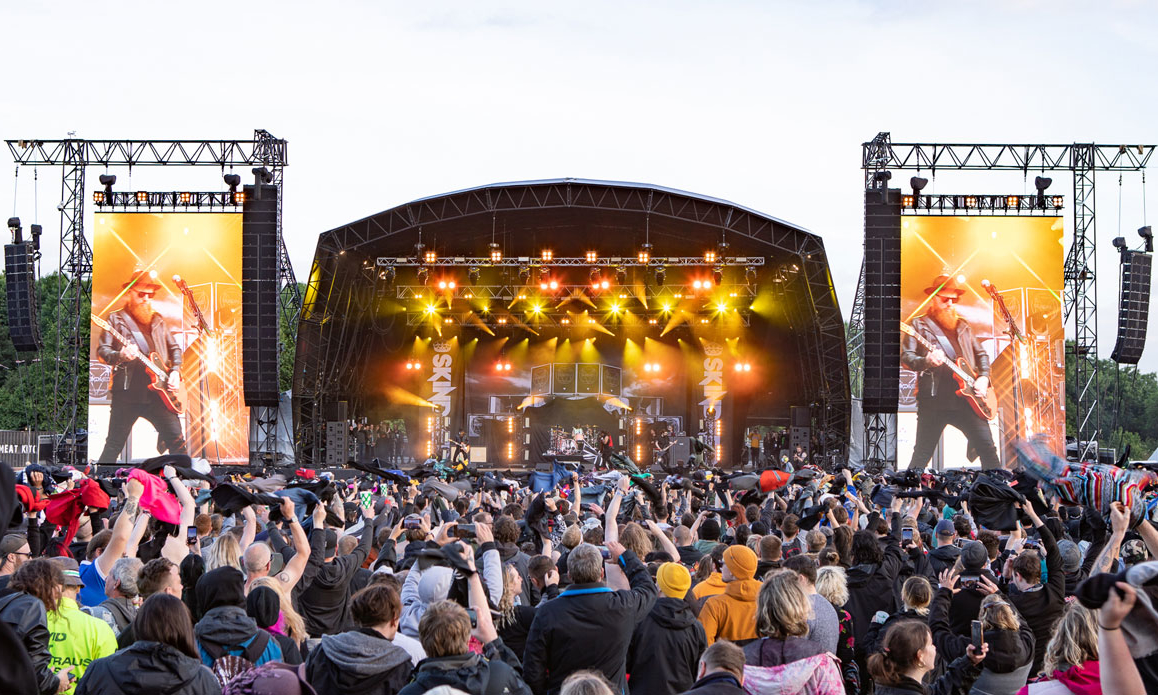 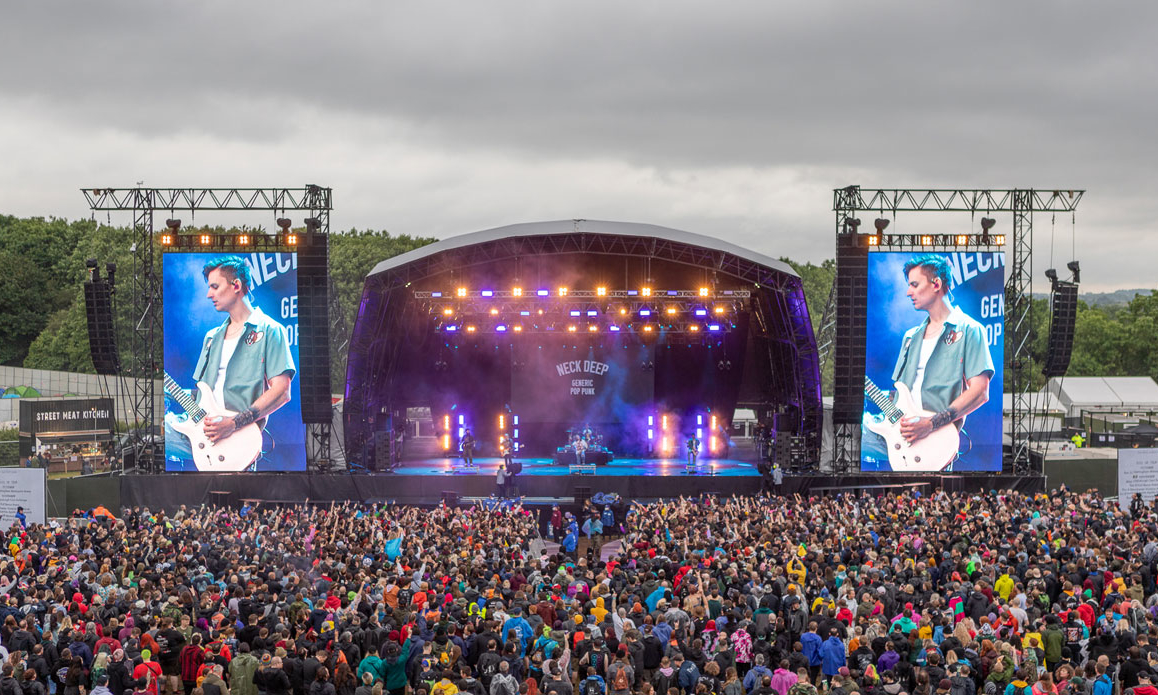 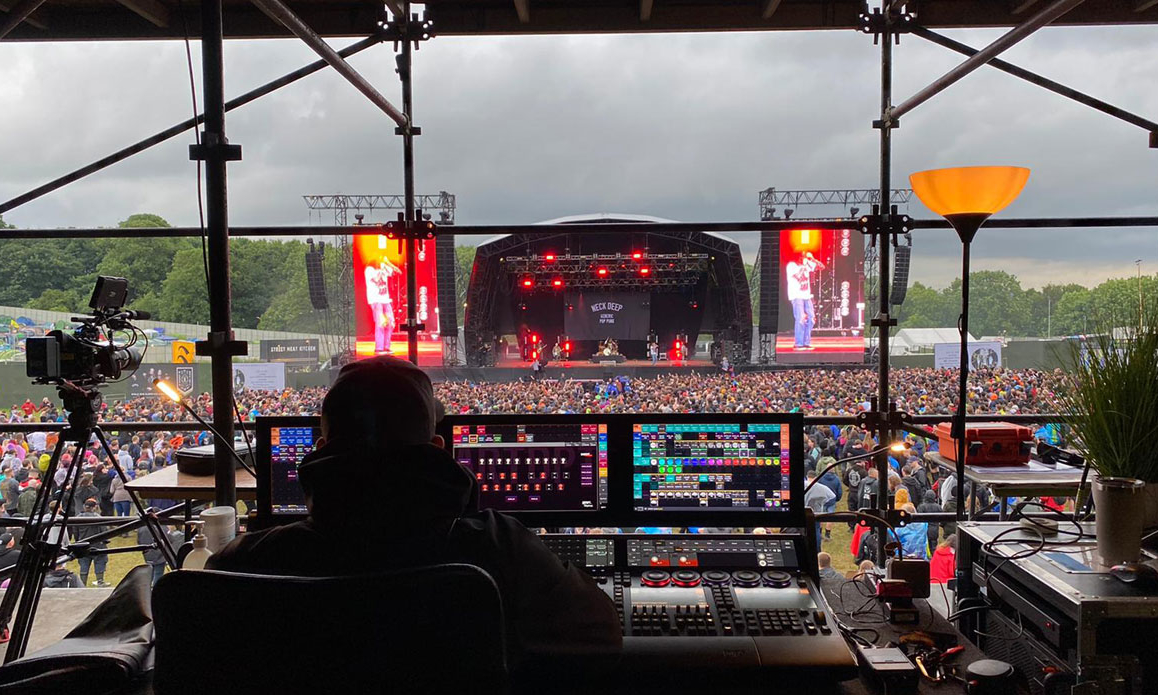 A full grandMA3 system was specified for Main Stage house lighting control system at the UK’s “Download the Pilot” event, a special three-day 10,000 capacity festival at Donington Park, action packed with a fantastic lineup of top artists who rocked the weekend, staged as a government test to gather data for assisting the safe re-opening of live music.

UK rental company Siyan provided the lighting package, including a grandMA3 full-size console and a grandMA3 light. The FOH system, set up and guest LD schedules were coordinated for Siyan by Ben Inskip and the rock music community enjoyed great performances from headliners Frank Carter & The Rattlesnakes, Enter Shikari and Bullet for My Valentine plus many more.

Ben, a production designer at ARTDPT in addition to being Siyan’s lead designer, utilized some of his Covid-19 lockdown time over the last 18 months to get fully acquainted with the grandMA3 hardware and software. “Ironically, while it’s been an undeniably tough year for the industry, there could not have been a better time to get to know and drill down into the intricacies of this powerful grandMA3 system,” he commented, adding that MA Lighting’s UK distributor Ambersphere was “extremely helpful and fully supportive” in the process.

One of the many advantages of being an early adopter of new system architectures is that “your skills and experiences can grow with it,” said Ben, explaining that he has started using grandMA3’s many features for a range of different applications.

For Download, the requirement was for an extremely flexible and busk-friendly console setup, so LDs not bringing in their own consoles and specials could walk up to the desk and have the show they planned and pre-programmed. grandMA3’s ‘Recipes’ he finds “very powerful” in this context when building a busk file. He particularly likes the way Recipes enables the same effect to be applied across all fixture types extremely quickly and thinks the feature is a “game-changer” for programming all shows and especially multi-user festivals.

He fully appreciates the Appearances graphical elements of grandMA3 – sets of looks that can be assigned to pool objects, presets, view buttons, or windows – which result in files “being much tidier, and frankly, looking cooler.”

Straightforward colour coding of presets is now a seamless process in Appearances, and logos or other icons can easily be added, all of which assist in general console navigation during programming and playback. “Some work is needed early in the process, but this really pays off later and substantially speeds up finding your way around,” and especially in a festival situation with constant time pressure, “this is a great advantage”.

He uses Vectorworks and Depence2 for drawing and pre-viz and MVR (My Virtual Rig) to import the files directly into grandMA3, where the grandMA3 system enables exportation so files can be supplied to guest LDs on request, who in turn can work on a house rig showfile using their own visualization platform. All the fixture parameters and positions will be correct, so they can walk up to FOH on site for their artist’s slot and be ready to go. With so much work able to be done working offline, this is again invaluable for a festival set up where the goal is to make the process “as easy and seamless as possible for all.”

The Download house rig comprised approximately 130 fixtures, a mix of moving lights from three different brands, LED luminaires, some classic festival generics in the form of 2 and 4-cell blinders, which no self-respecting festival would be without, plus haze and fog machines. The house grandMA3 was used by several daytime guest LDs, and Ben lit all those artists who didn’t have their own LD or operator, getting some time on the console himself, which proved a big success.

The intention is to have a similar grandMA3 setup for the Main Stage West at this year’s Reading and Leeds Festivals, currently scheduled to go ahead at the end of August. With the industry now exploring the practicalities of re-starting, “it’s time for a fresh approach and I am very happy to say that for me – it’s grandMA3,” stated Ben.

Apart from enjoying using the grandMA3 setup and flashing lights for a real live band onstage once again, Ben and the Siyan crew including project manager Steve Finch loved Download’s many social aspects – seeing familiar smiling faces rocking up to FOH, mostly who had not been seen in-person since the pandemic started, exchanging experiences and stories. “Everyone was simply ecstatic to be back in a field, working hard, lighting bands, and listening to live music!”