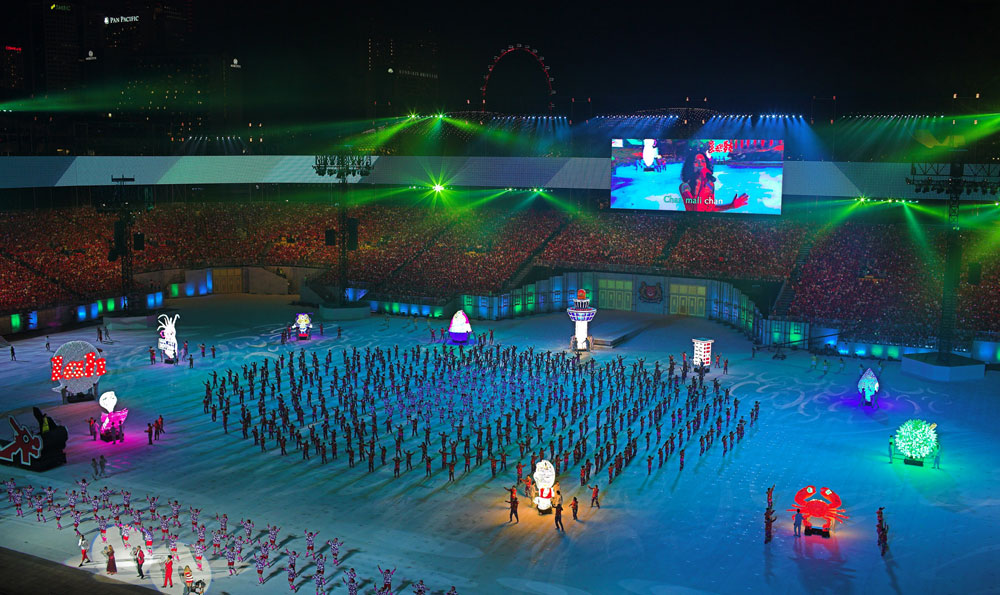 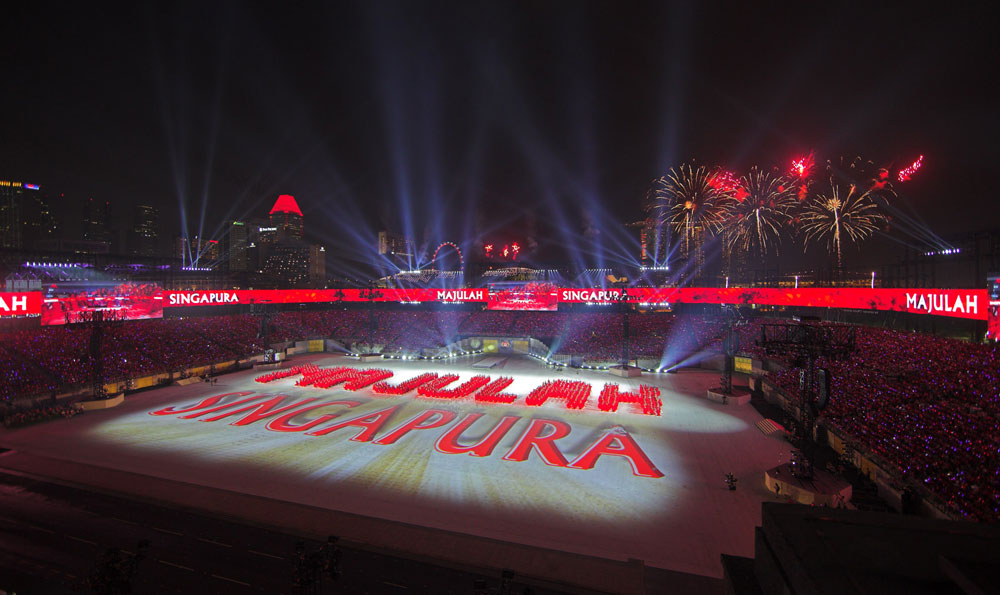 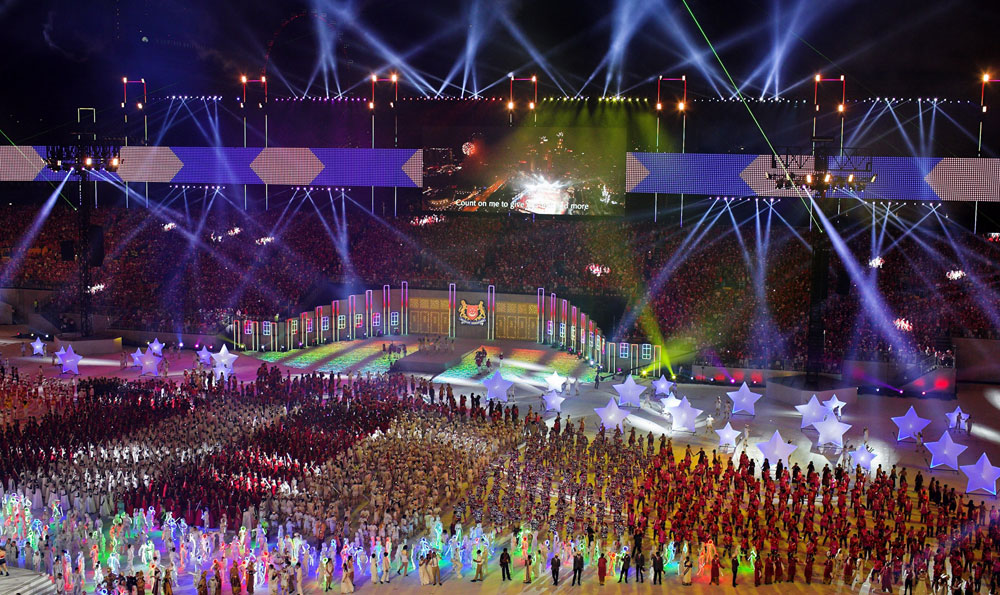 The 2015 Singapore National Day Parade (NDP) was extra special this year as the city island state celebrated its 50th anniversary of independence, so the event marked this landmark achievement and the country’s short and highly successful history which has seen it grow from humble beginnings to the thriving modern commercial hub and community success that it is today.

The epicentre of this year’s NDP action was a purpose-built parade ground arena constructed on the Padang, a green space in the city centre, to accommodate 25,000 public plus heads of state, politicians, dignitaries and assorted VIPs. The event included a cast of about 10,000 performers and dancers, several spectacular fly-pasts by different aircraft including F-16 fighters in a ‘50’ formation and a 170 military vehicle column. It culminated in an hour long highly choreographed theatrical spectacle and finale directed by Dick Lee.

Eye-catching lighting for all the action was designed by Javier Tan, who chose a grandMA2 control network comprising 2 x grandMA2 full-size consoles and 1 x grandMA2 light.
These were controlling nearly 800 moving lights, 450 other lighting units and approximately 3,500 metres of LED strip. Javier also programmed and operated the colourful and animated lightshow.

MA has been Javier’s control of choice for some time – he’s been actively using the consoles for the last eight years, and thinks the networking capabilities of the grandMA2 system are “outstanding”, together with the ability to customise the user interface layout exactly to your own preferences.

There are too many ‘favourite’ features and functions of the console for him to list here, but he does highlight the fixture swap / exchange facilities, which are extremely quick and straightforward. “Exactly what you need when touring and encountering different fixtures.”
For the SG50 event, the grandMA2’s ability to handle numerous DMX universes was a great asset, together with the User Profile functionality and ‘World’ function, allowing more than one person to perform different operations simultaneously on multiple consoles across the same network.

Just a few of the other features utilised by Javier and his FOH team - including associates Joyce Goh and Clement Cheong – included Layout view, Stage view, MA3D visualisation and loads of macros which were employed to execute specific commands without having to repeat multiple keystrokes.

He comments that MA Lighting as a brand is, “Constantly evolving” and making improvements to ensure that sophisticated programming and operation work gets consistently easier, streamlining the whole process and allowing more to be achieved within a shorter time, ”So ultimately we can all work much more efficiently”.

Lighting equipment was supplied by Showtec Communications Pte Ltd. Their crew chief was Jeffry Swee who led around 25 technicians working across the build-up, rehearsal and show periods. The lighting data network was set up and tech’d by Fares Aljunied who is also an MA control specialist.