Bon Jovi “This House Is Not For Sale Tour” with grandMA2

Dynamic show with a nod to old fashioned Rock 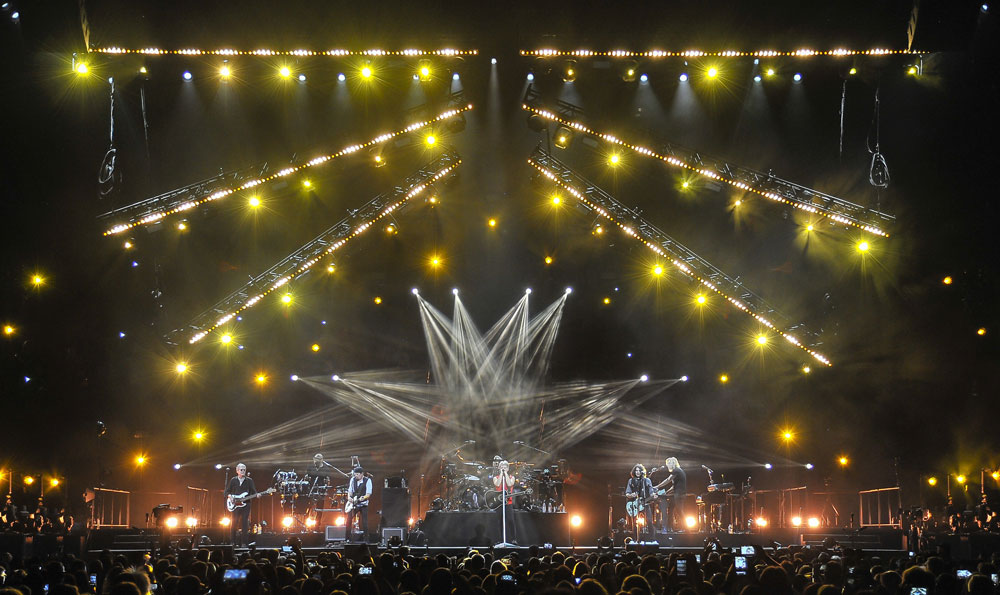 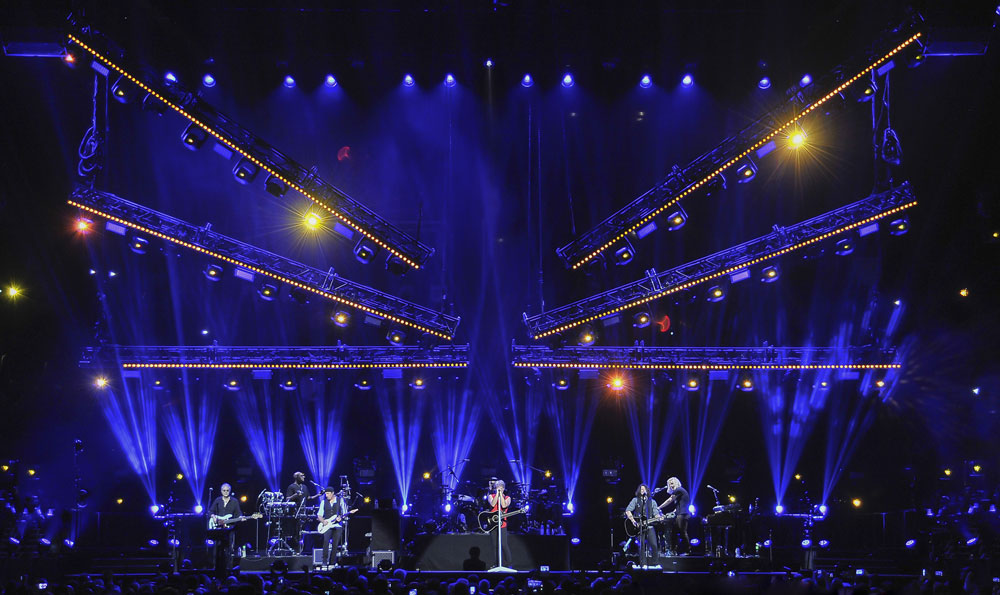 Bon Jovi rocked the house with the band’s “This House Is Not For Sale Tour”. The tour’s complex staging featured a grandMA2 full-size console provided by PRG and was in support of Bon Jovi’s eponymous thirteenth studio album released last fall.

It was the first to feature Hugh McDonald and Phil X as full-time band members. The tour picked up the album’s theme with a set featuring a stylized house under construction. “The tour represented the next chapter of Bon Jovi,” says Spike Brant, the show’s creative producer and designer and CEO of Nimblist. “It was a dynamic show – a nod to old fashioned Rock ’n Roll with a fine art, metaphorical abstractness. Nothing about the design was fake, and with no fascia, the machines became the tools to tell the story.”

“Not many shows use this much motion to create a sense of structure,” notes Joe Bay, lighting director and programmer. “The show kicks off by building a house from truss and towers – very powerful and expressive – and throughout the show, we construct various abstract versions of the house. With this amount of automation driven from a console, we needed to use grandMA2. And with the incredible power of Stage Markers, it expanded our creative possibilities.”

“Bon Jovi has been using MA for almost ten years now,” says Brant. “The last tour really tested grandMA2’s ability to talk to the TAIT Navigator system for motion control. On this tour grandMA2 acted as the show controller, working with Navigator and video playback, not just as the lighting desk. We really pushed the limits of Stage Markers!”

“The rig was very complex, and each song would have a unique shape,” Bay explains. “Previously, we would need to create a specific focus per configuration. But using Stage Markers and XYZ positions on the desk meant that I could reuse tracking focuses and they would work throughout the show - regardless of the configuration of the rig. It saved hours of programming and enabled us to create never-before-seen looks. And all this happened in the background for a seamless audience experience.”

The show used amongst others Claypaky Scenius Spots on the moving trusses. “They were definitely the superstars,” says Brant. “They were in three rows in two pieces to form the peaked roof of the house.