Over 60 DMX universes were handled with ease 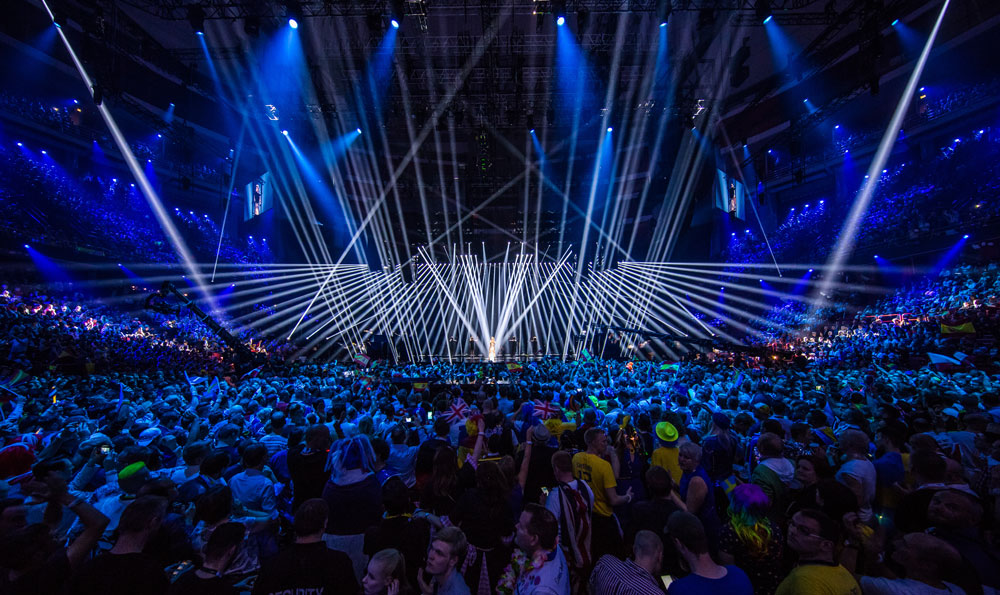 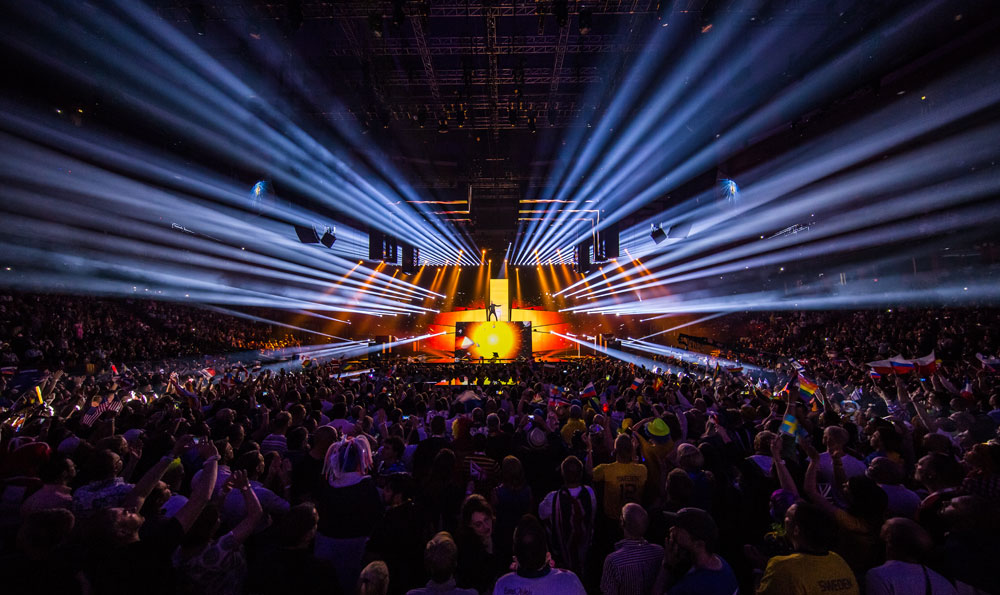 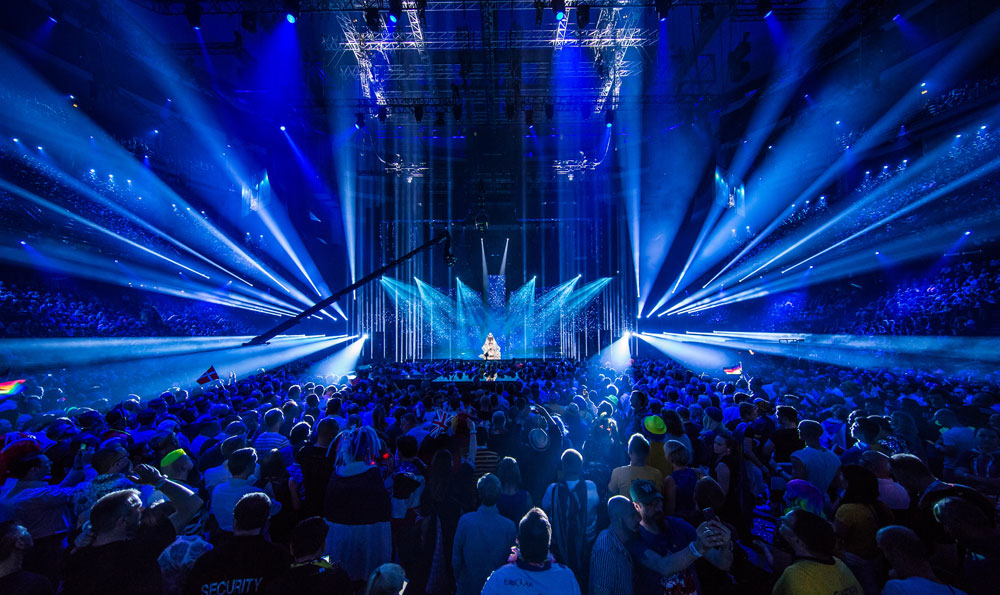 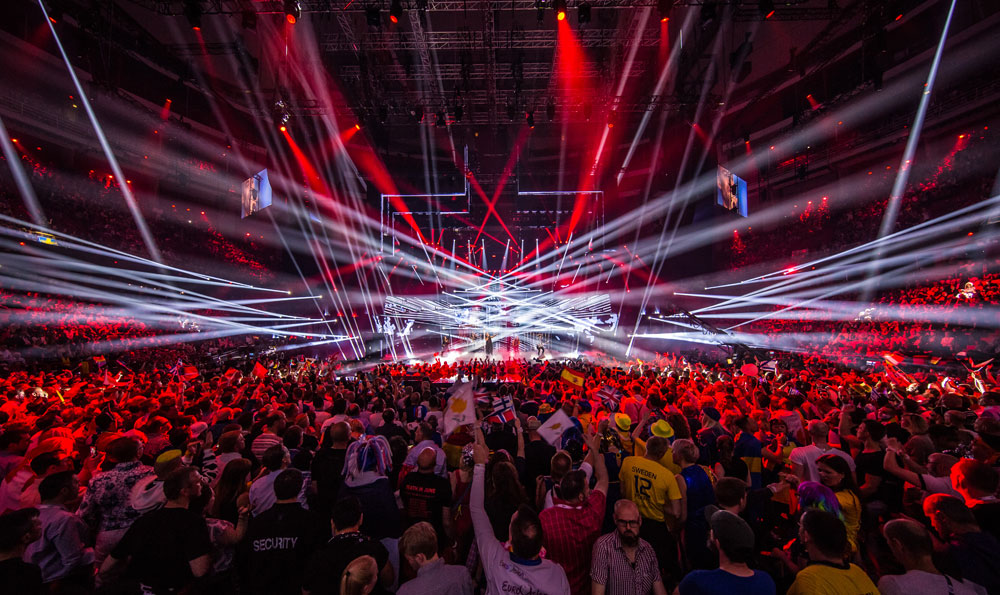 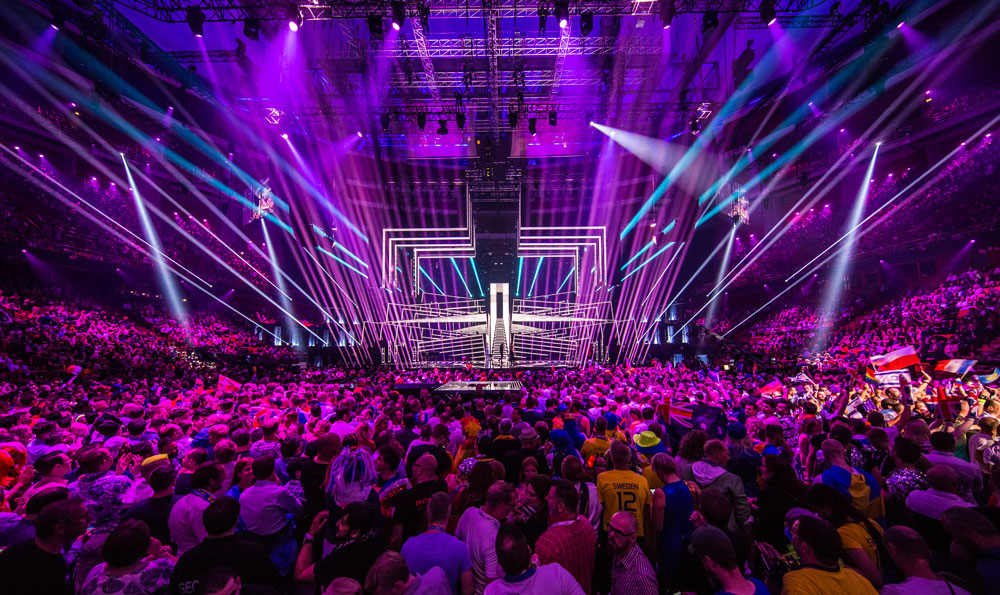 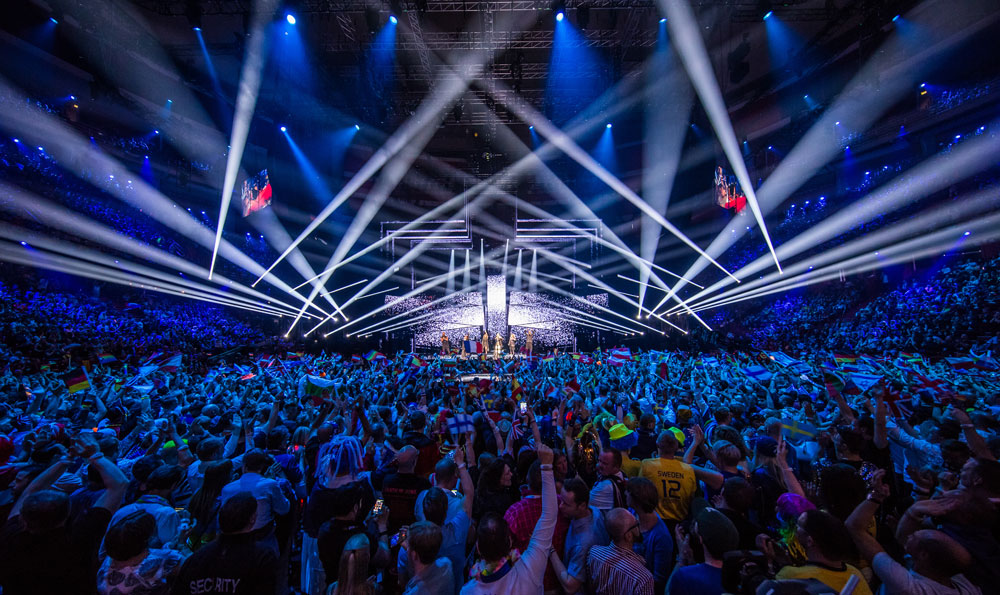 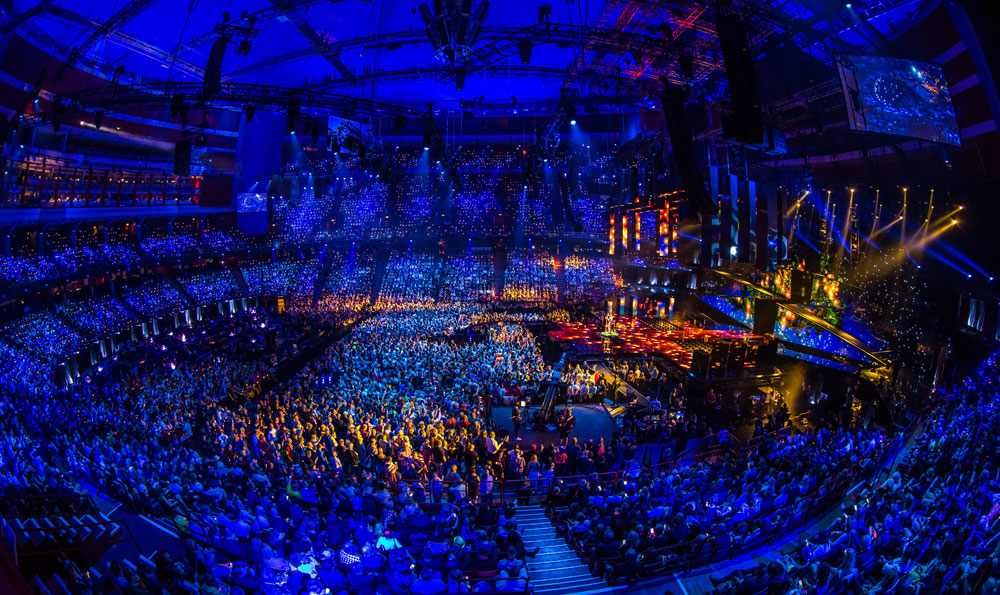 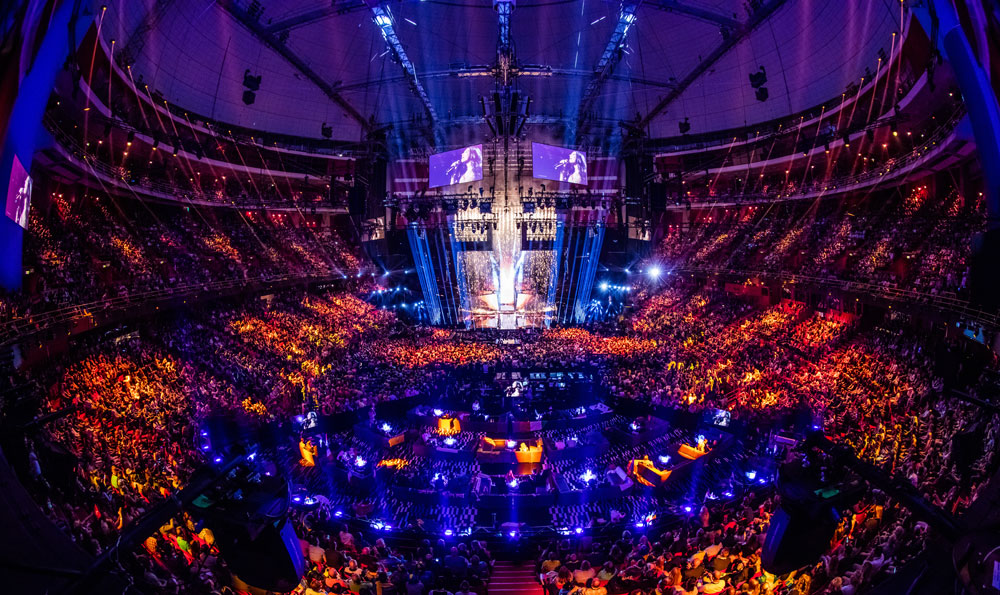 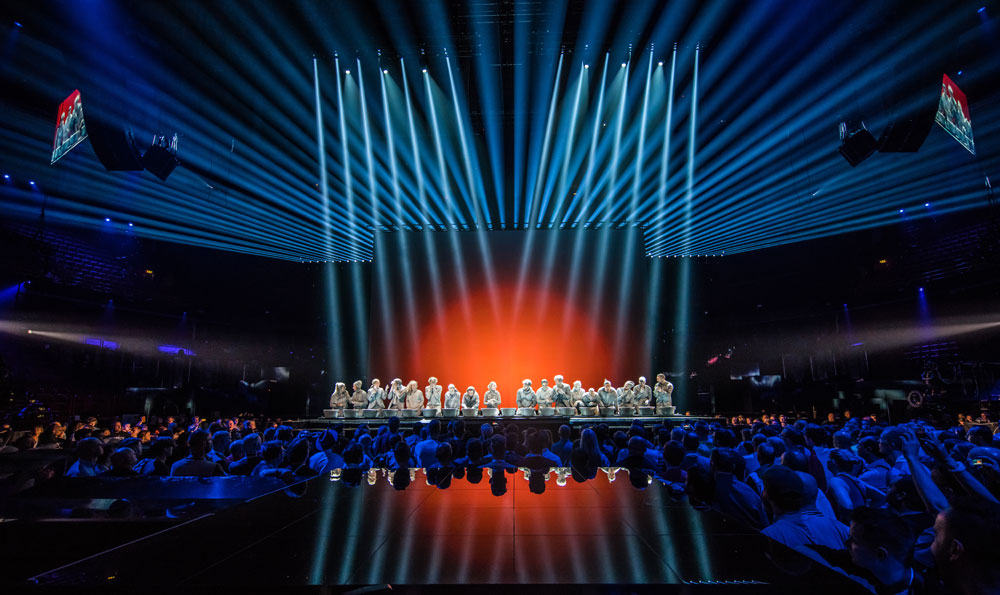 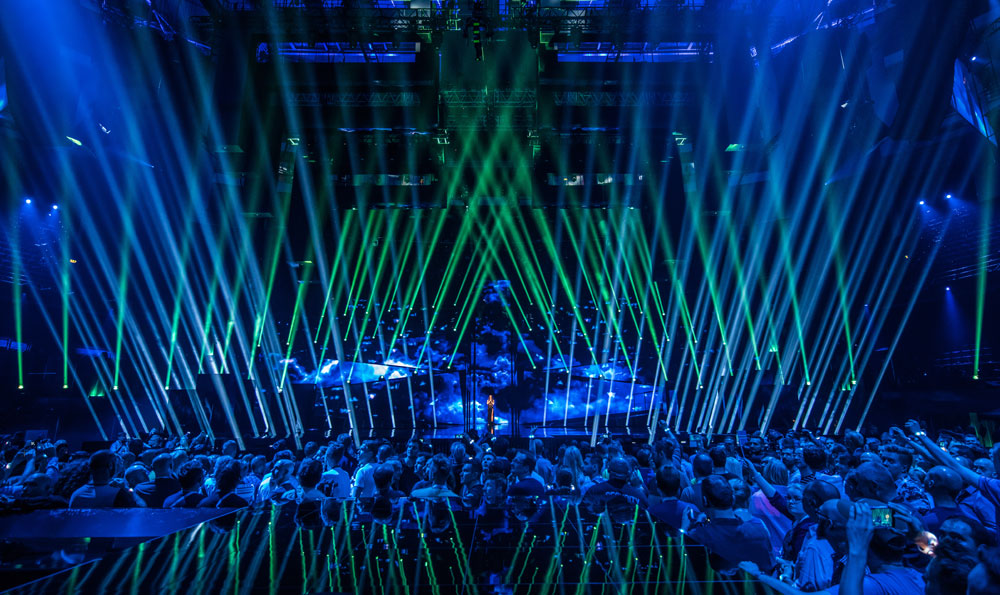 grandMA2 control was once again considered the only choice for lighting and video control at the 2016 Eurovision Song Contest (ESC) staged in the Globe Arena, Stockholm, Sweden.
Four weeks of intense technical, production and artist rehearsals and two televised semi-finals featuring 42 participants preceded the final itself featuring 26 performances, which was broadcast to an estimated TV audience of 180 million worldwide by host broadcaster STV, explained lighting designer Fredrik Jonsson.

Mikki Kunttu was running the playback video – he also created the content – using three grandMA2 full-size, triggering a substantial media server farm. There was a massive amount – nearly 900 square metres - of LED elements integrated into the set as well as some projection. Follow spot caller Q-Lan Wallertz also ran another grandMA2 light to control all the attributes apart from pan/tilt for six over-stage follow spots, together with some house lighting elements.

Using an MA control network enabled Jonsson’s four programmer/operators - Calle Brattberg, Danne Persson, Fredrik Stormby and Timo Kauristo – to work simultaneously but independently in their own sessions on different aspects of the show. This was the only way to deal with the level of programming detail and fine-tuning needed to perfect the cues for each of the 42 numbers given the scheduling and time pressure through the rehearsal and build up period ahead of the semi-finals and final.

The four lighting operators used Cubase projects running on laptops to generate timecode that was routed into their respective grandMA2 light consoles allowing them to work on the different songs as needed, speeding everything up considerably. During the visualisation part of the process, Timo Kauristo had established a master cue list for each of the different songs which were already timecoded. This cue list was then loaded into all the grandMA2 so all operators were working on the same cue list, but in separate sessions.

This simplified the process of understanding the lighting scripts produced by Jonsson for the songs. The cue sheets for the 42 songs were then divided up amongst the operators who started programming all songs during a previz period lasting four weeks before they were in situ in the Globe Arena with all the production installed.

The songs could be updated and tweaked as required, then switched back into the master show timecode session and the revised work viewed using MA3D. Complex and intense programming was needed to get each of the 42 songs looking dynamic, different and individual. Jonsson and Kunttu enjoyed a great synergy as they harmonised the lighting and visual aesthetics for one of the most successful and highly acclaimed Eurovision productions to date, again under the technical direction of Ola Melzig and his team.

The winner was Ukraine’s Jamala and her song “1944”, with Australia second and Russia third.