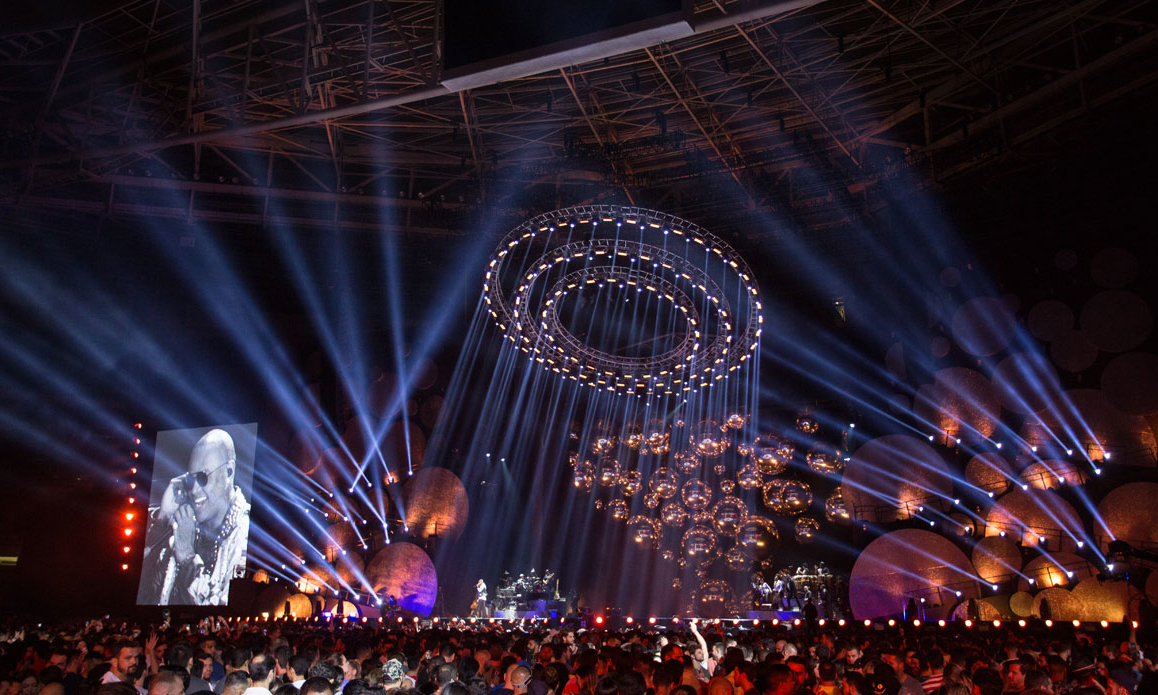 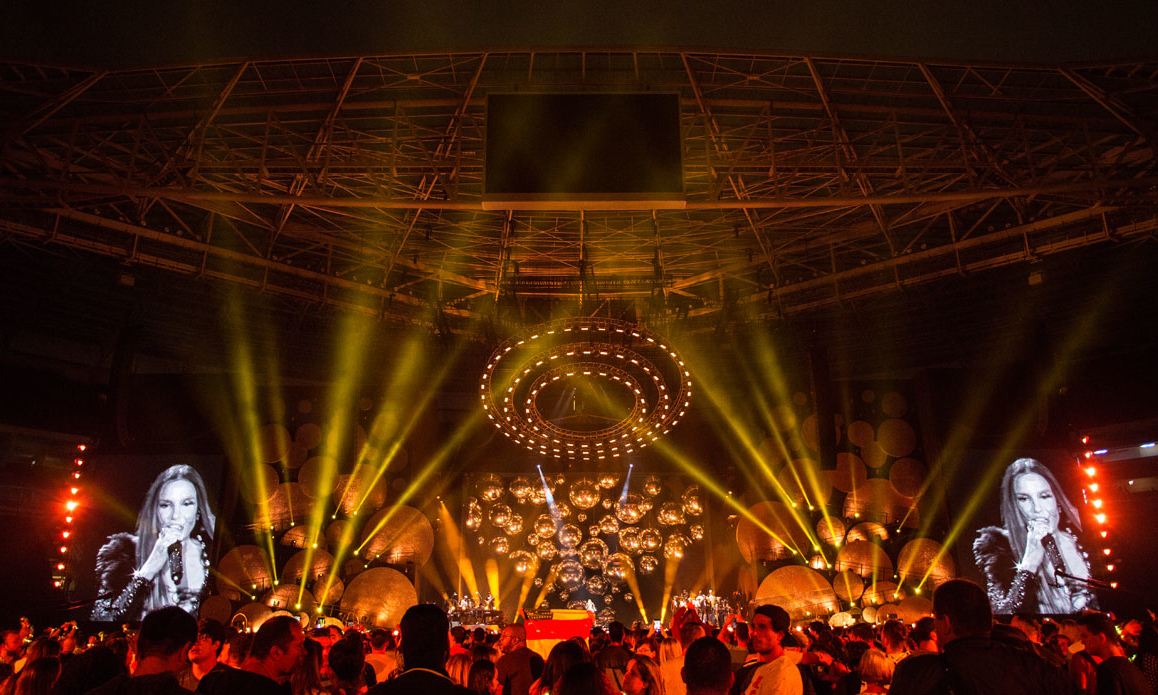 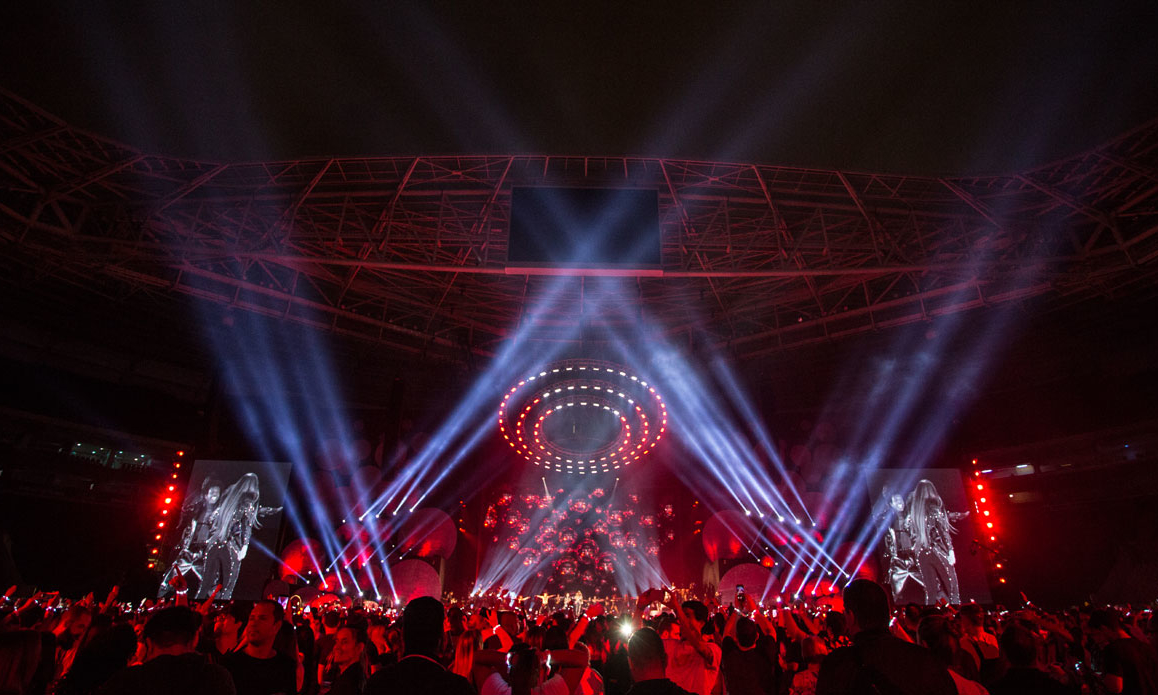 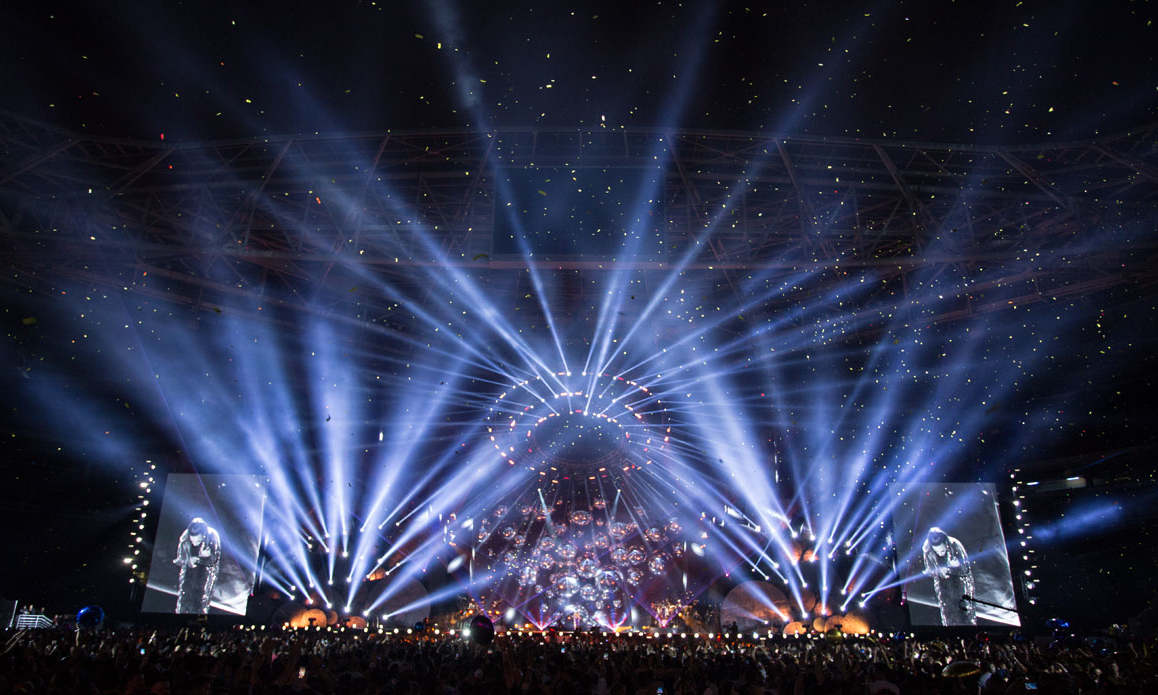 Lebrão explains: “We have been using grandMA2 consoles since 2011, and the experience, knowledge and confidence we have in the system leaves us no doubt in the choice. When art director Gringo Cardia presented this project, the mission for us was create lighting that could show the big size, plus all the details of the scenography. Another request was to transform the stage during the show, going through moments of Carnival, Electronic, Latin and romantic music. This was the main challenge for Guillermo and me as LDs.”

“We ran the show with a multiuser system, with Paulinho operating lighting and controlling the levels for camera, while operator Laudecir Silveira was on the other console operating a Robe Robo Spot remote follow spot system as well as correcting the moving lights positions online, and we had a third console as backup”, explained Herrero.

Lebrão continued: “For me this project was special for several reasons. The main one, because I was working as an LD for the first time with Ivete Sangalo. grandMA2 started to reach the top of the Brazilian touring market when MA Lighting’s Brazilian distributor Lighting Bits supported the Ivete Sangalo tour in 2008. I personally was the programmer and toured with the first five shows. Lighting Ivete, this singular artist, was a milestone during my career as a programmer and operator, and now I have had the great honor to deliver the show as the LD, together with Guillermo Herrero.”

Gringo Cardia was the artistic director, Joana Mazzucchelli was the video director. Drika Matheus and Nicholas Rafael worked as the LD assistants, Laudecir Silveira as operator and Mauricio Gonçalves as laser operator. LPL Lighting Company delivered the lighting equipment and Laserlightsshow and Kvant the lasers. Lighting Bits Ltda is the exclusive distributor of MA Lighting in Brazil.