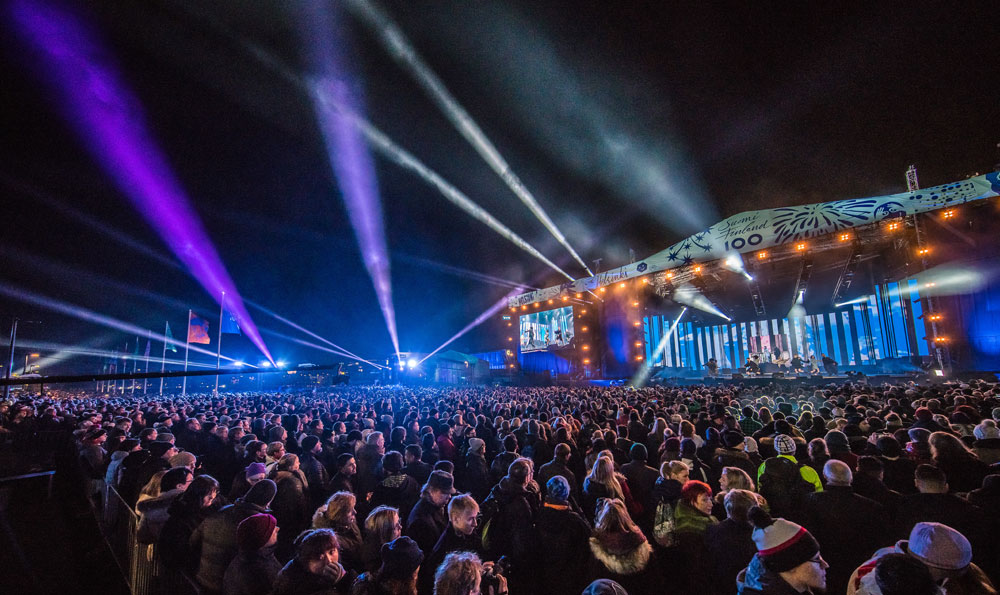 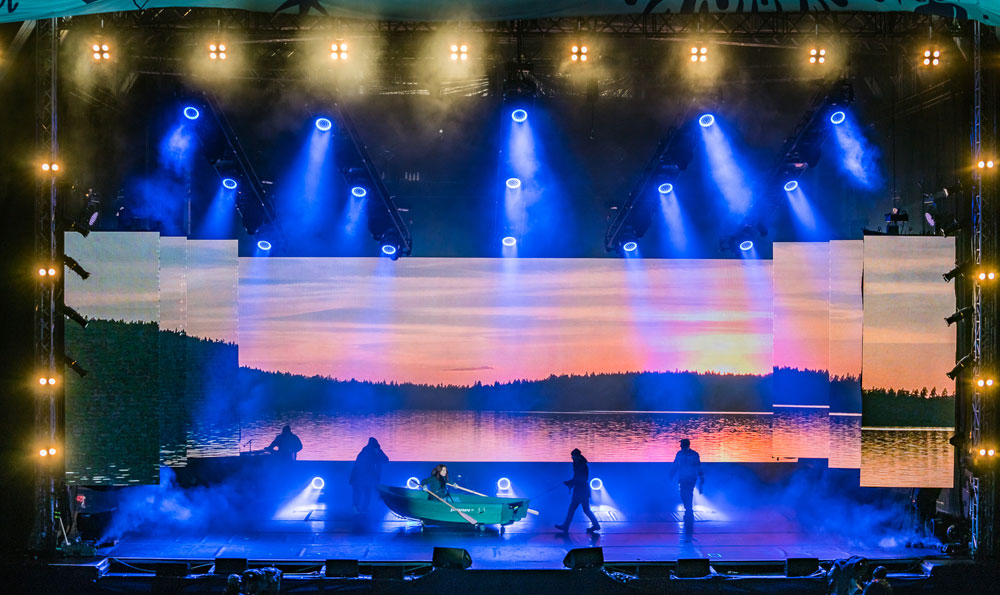 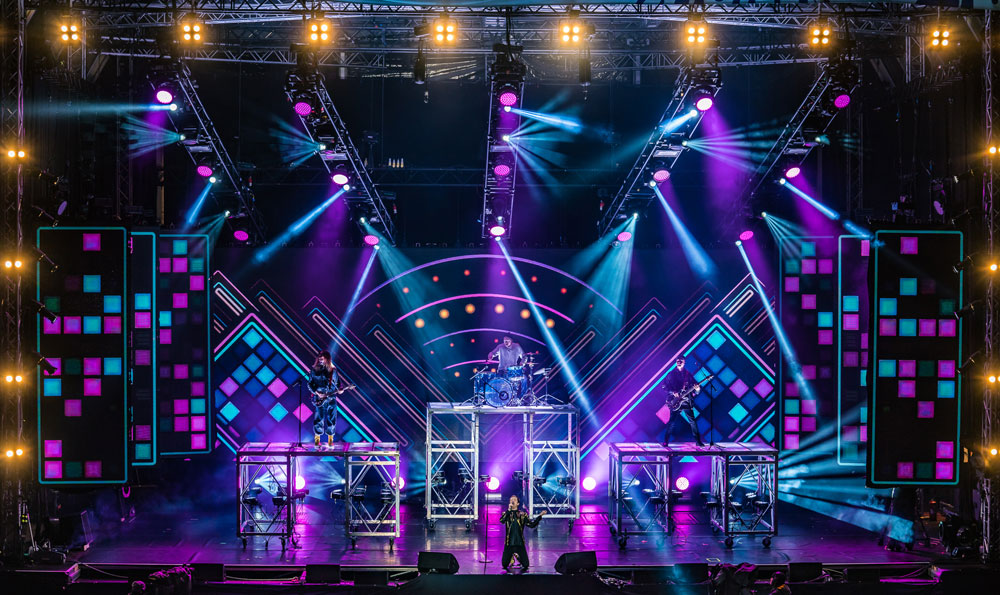 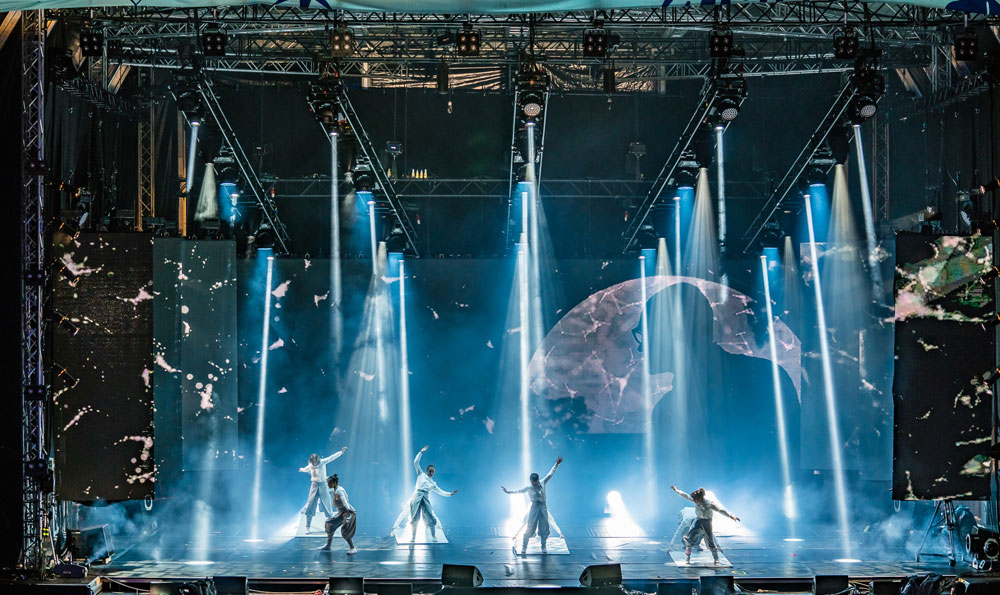 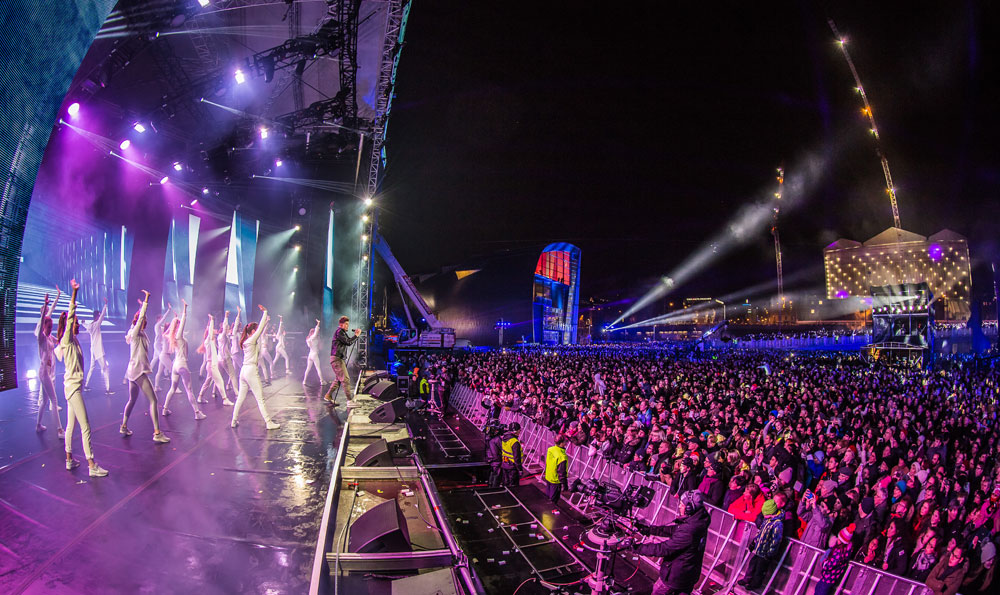 Finland became an independent state on 6th December 1917. To celebrate this important moment in the country’s history a huge crowd of more than 100.000 spectators gathered at the turn of the year at Kansalaistori Square in Helsinki. The theme of Finland’s centenary celebration year is “Together”.  Visual Designer Eero Helle created his design for this event name “Finland 100 Grand Opening” by relying on 3 x grandMA2 light, 1 x grandMA2 fader wing, 4 x MA NPU (Network Processing Unit) and MA 3D for previsualisation.

“From my point of view there is no other option than grandMA2 for shows like these”, Helle stated. “Especially when two or more operators are working with one show file, in one session with an external console for real time full-tracking-backup – as in our case. This system just rocks! The other great thing about grandMA2 is its very fast accessibility to all different fixtures all over the field. That is needed when there is very limited time for rehearsing especially when working with live TV.”

“In this design, light wise, there were two different things to regard”, the visual designer continued. “One was to light up all different pieces from dance to circus, from hard rock to electronic dance music on stage. The other was to make everyone on this square to feel that they belong to the show. Last but not least we had to put a lot of LED screens on stage to create unique look for every show. There was very short time from one piece to another, so it was nearly impossible to use any kind of props.”