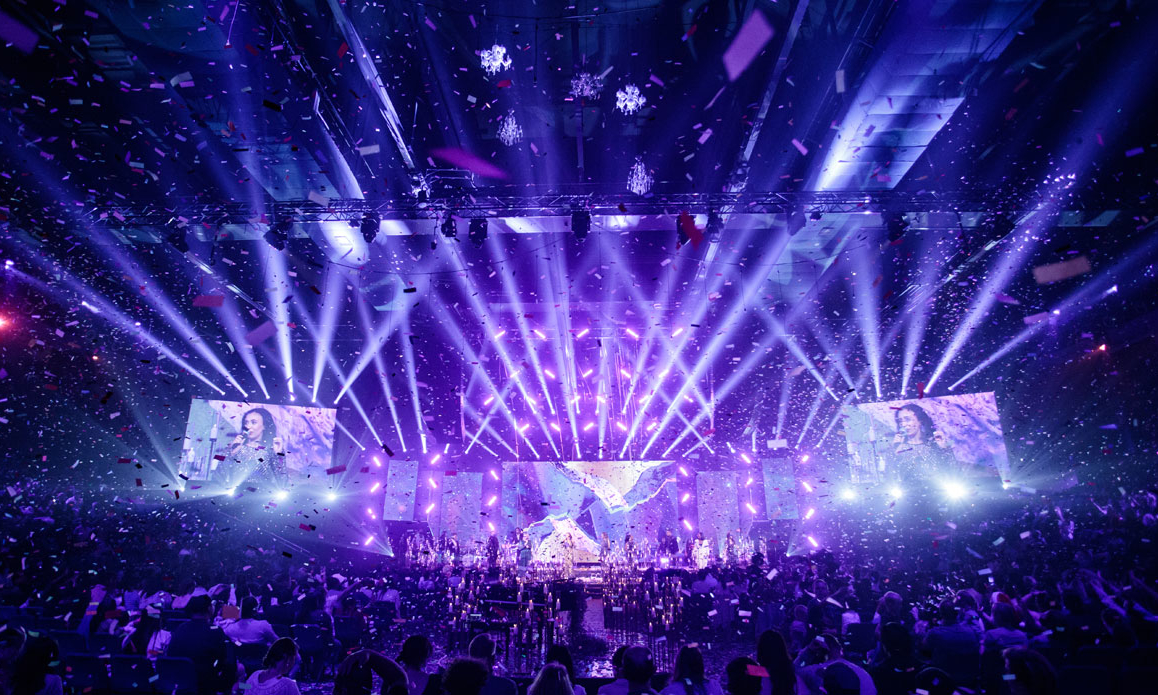 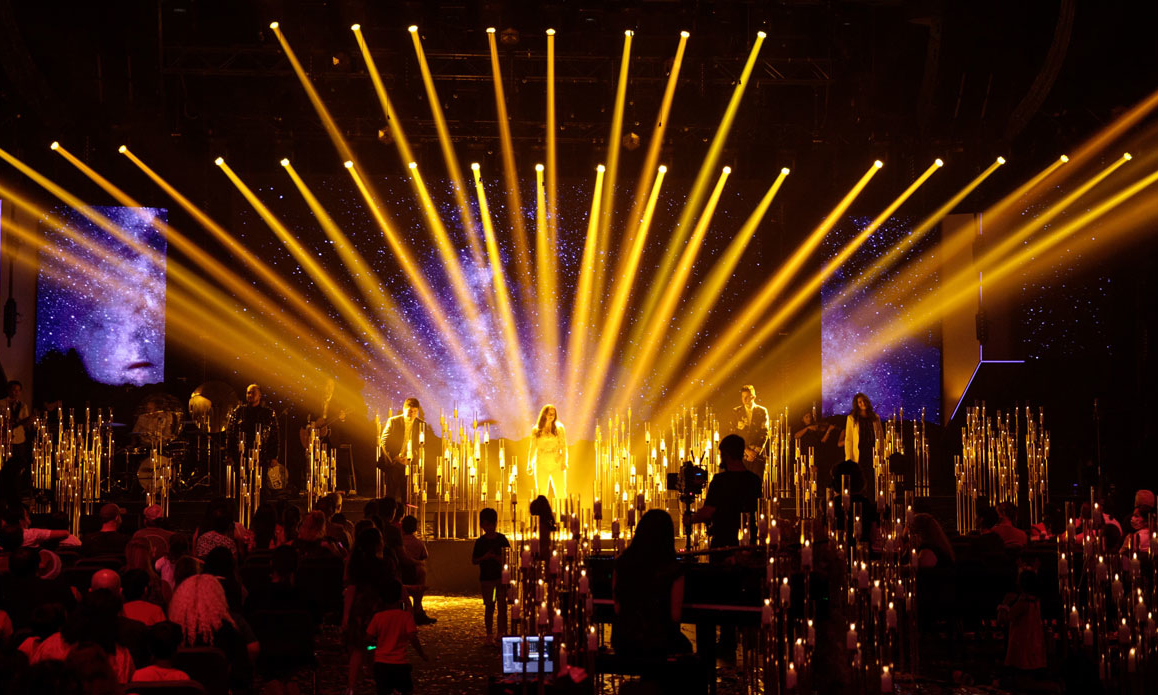 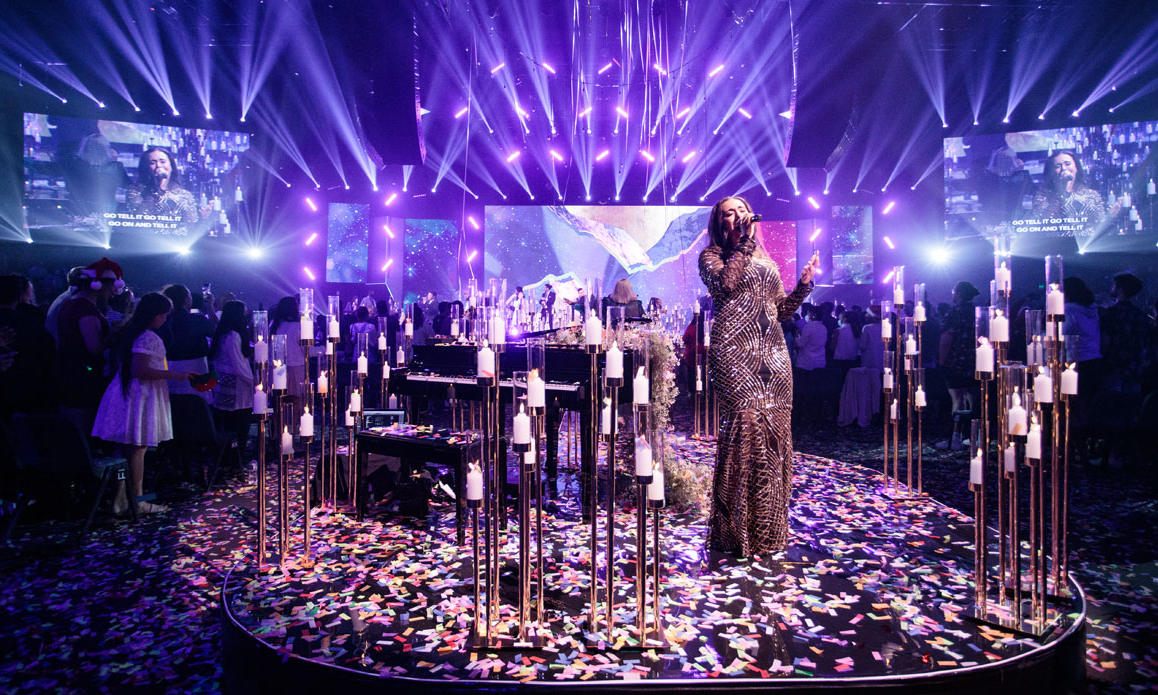 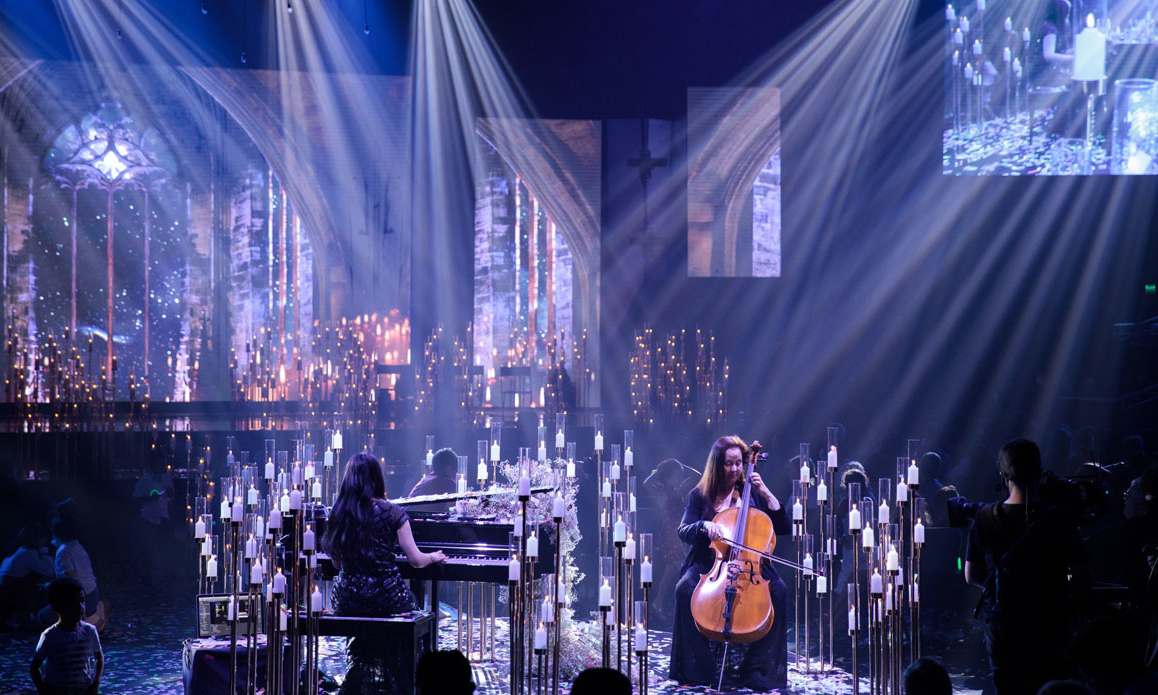 The slick and vibrant event was slightly different from the usual Hillsong “Christmas Spectacular” show, both to reflect the ‘mood of the moment’ and to comply with the current Covid protocols, which resulted in a smaller cast and a tighter timeframe for build and rehearsals. That said, the goal of achieving the same exceptionally high standards and complex production values was still very much the objective for the entire team involved in creating a dynamic, memorable event that wowed both live and streamed audiences.

The six 90-minute shows took place over two days and were action-packed with a lively mix of 15 different back-to-back musical performances plus MC slots, a schedule that also accommodated the regular Sunday morning church service. It was Jarrad’s third time relying on the grandMA3.

He completed a tour as lighting designer with popular children's entertainment band The Wiggles earlier in the year, and had also programmed for a pilot TV show using grandMA3. Based on these positive experiences, he also specified two grandMA3 light - main and backup - for these Hillsong seasonal shows.

Appreciating the importance of keeping abreast of advancing technology, Jarrad has been keen to dip into grandMA3 for some time, particularly with talk of some Australian shows moving to the grandMA3 platform. “This show was ideal to continue getting my head around the new workflow and what I need to re-learn / navigate to get my mind translating through the grandMA3 to the output.”

The production design featured a few different stage locations along with assorted other areas needing to be lit, including a nativity scene that moved through the audience. The Hills Campus venue is wide, so Jarrad took advantage of this spatial element, with the lighting design also integrating the IMAG side screens and other LED elements onstage to accentuate the overall picture. This provided plenty of depth and dimension for cameras, keeping the online audience in mind.

The brief from show producer Josh Bonett was to keep lighting flexible and give each artist an individual aesthetic, so Jarrad programmed lighting treatments in layers that could be applied, mixed and matched or used in stand-alone contexts.

“When seeing the B-Stage for the fourth of fifth time, it had to look fresh, new and completely different,” he commented, a task achieved utilising over 200 moving lights plus some pixel fixtures, all supplied by Chameleon Touring Systems.

Jarrad started programming this show whilst working on another project in Dubai, using grandMA3 onPC command wing XT with just a grandMA3 viz-key. With grandMA3 viz-key unlocking parameters in Depence2, he could program during down-time in his hotel room with only the onPC and without any processing units for parameters!

“The Phasers are steadily becoming more powerful than the grandMA2 effects were, and Grid Selections and MAtricks are changing my workflow for the better,” he commented.

He also thinks being able to send / receive and integrate OSC Commands is a really helpful grandMA3 feature, and that these new key features generally give access to “quicker and more versatile programming.” He cites the magic blade FX fixtures in particular as an example for this Hillsong show. These were rigged in a grid and programmed to produce a range of fluid, animated looks. Experimenting with Phasers, Grid Selection and MAtricks made this process “creative and speedy”.

“There are many very practical advances in the grandMA3 software, and I am definitely starting to miss these if I have to revert to grandMA2 for a show!” he stated. Jarrad used MVR to export out of Vectorworks and into Depence2 and grandMA3 for a showfile and thinks that being able to do one update in the drawing and push it out to multiple locations and software platforms is a “game-changer” that will dramatically enhance pre-production.

He also loves the grandMA3 hardware. While the new button layout took some getting used to, he thinks the general console ergonomics “are stunning”, from the multitouch screens to the feel and press of the buttons.

As a general grandMA observation, he is super-impressed with the level of support available, knowing he can call Vince Haddad from Show Technology, MA Lighting’s Australian distributor, or Paul Collison – one of Australia’s key international lighting designers and a mentor of Jarrad’s – at any time, and they will have a solution.

Jarrad has worked for Hillsong in several different roles since 2014, and the church has been a regular client since he established Juxta Design in 2018.

He has been a grandMA user for many years and enjoys the constant learning process and the fact that his programming and operating skills are ultimately transferrable and have developed as his career has progressed. He is now working on numerous projects from international touring shows to conferences, business events to television productions.

He is also reassured that wherever he is in the world he can always find a grandMA console! “That and the fact that the console’s capabilities are constantly being pushed forward is fantastic! I am very excited to be a part of this, reaping the benefits and having my programming and shows pushed forward by this platform.”