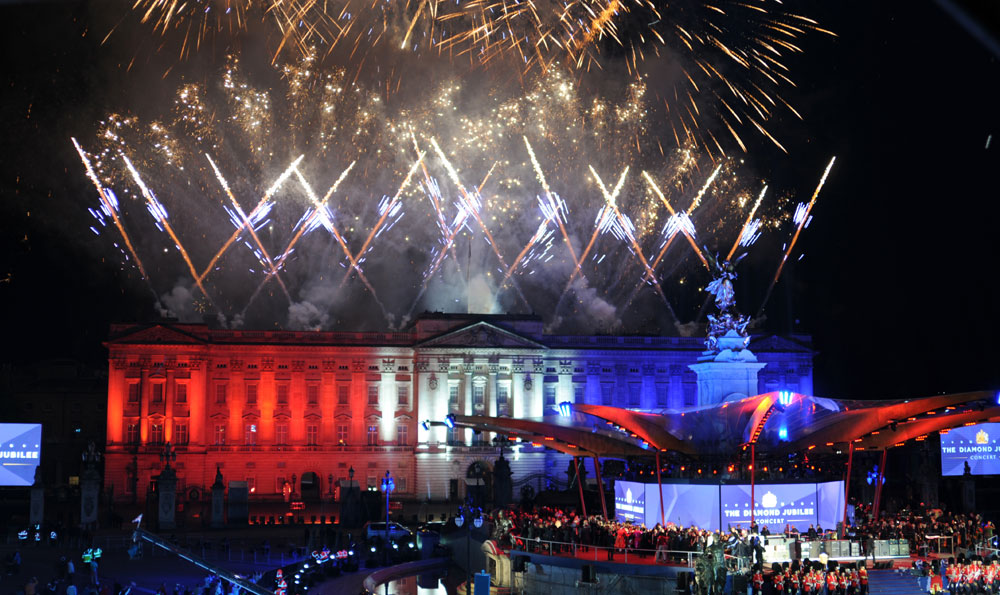 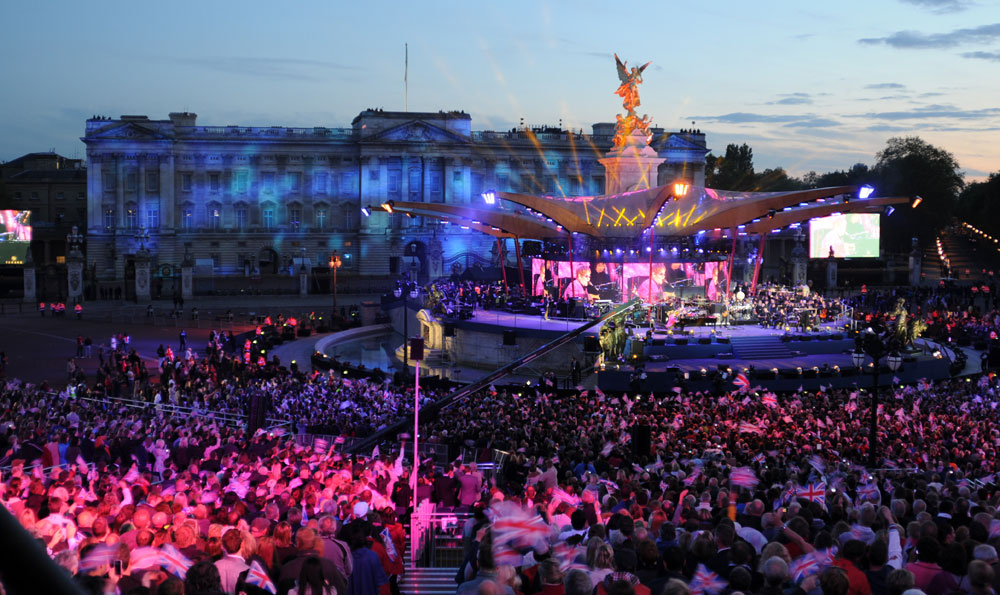 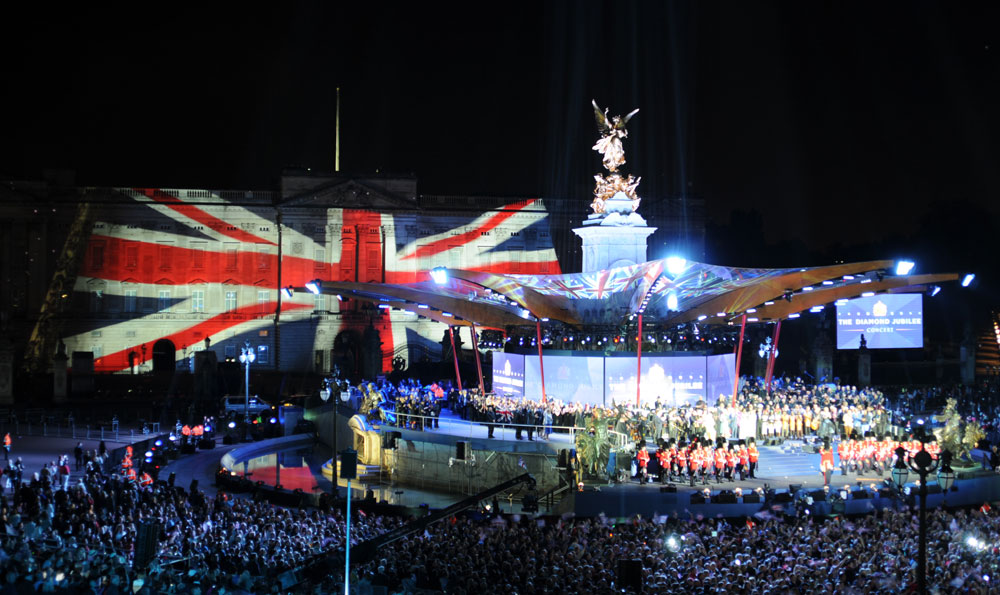 Centrepiece of the recent spectacular celebrations for the Queen’s Diamond Jubilee (QDJ) in London, UK, featured a massive concert staged just in front of Buckingham Palace around the Queen Victoria Monument (QVM), which was lit by Durham Marenghi and broadcast live worldwide on the BBC.
Six grandMA2 consoles and over 200 moving lights were utilized in programming and lighting this part of the event, which included a stellar line up of UK artists and performers.

Marenghi specified Clay Paky moving lights for the stage, while his Associate LD and Lead Programmer Tim Routledge chose two grandMA2 full-size consoles (live and tracking backup) to control all the stage lighting on the night.

grandMA2 control was picked for its flexibility and stability – it is the preferred control platform of both Marenghi and Routledge - and has proven itself time and again on major events like this.

Marenghi and his visual team were also responsible for lighting the huge crowds that congregated in and around The Mall to catch the action, and also for the stunning lighting and projections onto the front of Buckingham Palace.
To handle all the audience and TV key lighting, Programmer Alex Passmore used another grandMA2 full-size and worked closely with Television Lighting Director Steve Nolan. The visuals on the stage LED screen were created by Miguel Ribeiro and Paul Clutterbuck.

Responsible for programming lighting inside the Palace compound itself was LD Dave Hill, who also picked a grandMA2 full-size for control. The Palace lighting augmented a projection system designed by Durham and Steve Greetham and Andy Joyes of XL Video which, once darkness finally fell, featured the amazing animations created by Sam Pattinson, Trunk and UVA.

Overall technical production for all these sections of the QDJ was co-ordinated by Kenny Underwood and Albert Lawrence for Robbie Williams Productions with event design by Malcolm Birkett.

In addition to all the grandMA 2 consoles on site, Marenghi and Routledge used two grandMA2 light for plotting and ‘virtual rehearsals’. This was done during the daytime using a WYSIWYG suite at the LH2 rehearsal facility in the week long lead up to the event. After these sessions, they then went to site to programme the overnight shifts in situ down at the Palace.

The elegant ‘crown’ shaped set built around the QVM for the occasion was designed by stage architect Mark Fisher. It also formed a roof over the circular stage and via its supporting structure and horseshoe shaped trusses, provided the lighting positions which were kept to a minimum to preserve the transparency of the roof.

Due to timescales and artist rehearsal availability, some elements of the stage show still required programming in daylight on site right ‘on the wire’, and this is when Tim Routledge really appreciated the new grandMA2 ‘layout’ feature – among many others.

All lighting equipment for these QDJ celebrations in this area of central London was supplied by Neg Earth together with a crew chiefed by Fraggle (Andy Porter).