“It’s great to have something you can trust”

grandMA2 travels the US with Fleetwood Mac 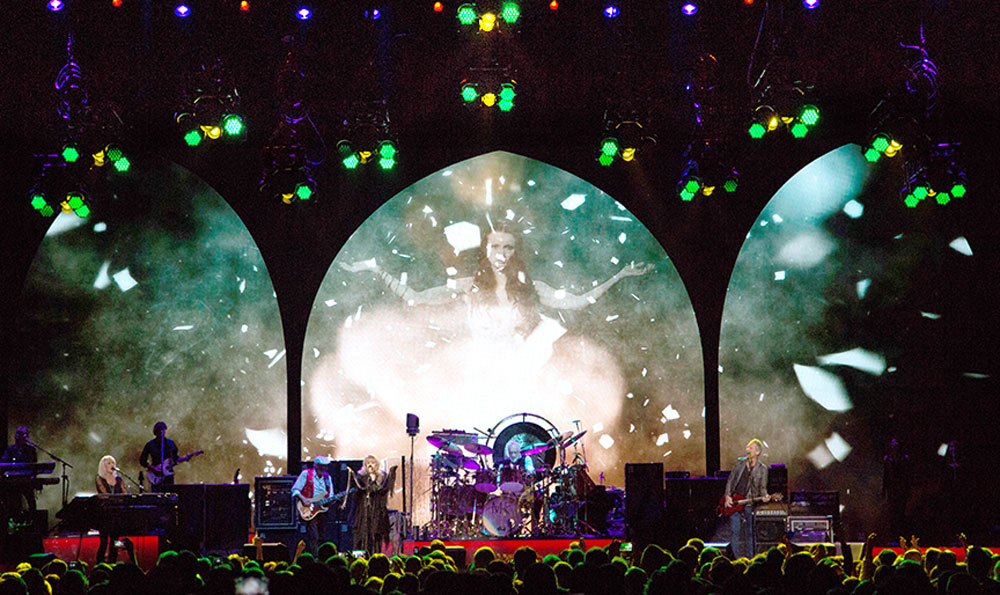 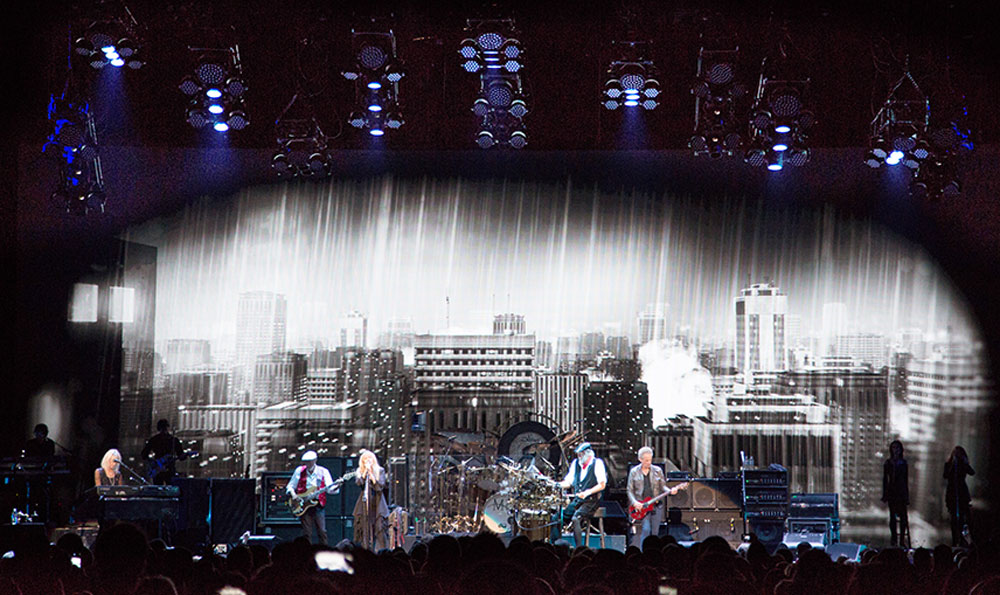 The iconic rock band Fleetwood Mac never stops thinking about tomorrow – and planning their next tour to delight fans. For their current “On With the Show” tour a grandMA2 full-size console has been specified by lighting designer/production designer Paul “Arlo” Guthrie. The band launched the 40-city North American tour September 30th and, after playing to packed houses, added at least 28 more dates in a second leg, which will begin in January 2015. “On With the Show” marks the first full-member tour for Fleetwood Mac since 1997.

“Designing for Fleetwood Mac is always a challenge since you’re dealing with five different personalities,” said Guthrie. He began by giving them “the biggest, cleanest, most open stage set up I could, so every single seat in the house gets a clear view of the stage. I made sure to remove clutter so everyone can see the band members.”

Guthrie opted for a grandMA2 full-size console to run all the lights, media servers - even a heater for drummer Mick Fleetwood. “The whole show is cue-to-cue, no timecode,” he reports. “The grandMA2 is a nice stable and familiar work surface. It’s great to have something you can trust. While this is a straightforward show, it’s still important to have a system you can rely on. The grandMA2’s networking capabilities are also awesome; they enabled me and lighting director Chris Lose, who is touring with the band, to program simultaneously.”

Lose adds: “Simultaneously programming with Arlo on the grandMA2 is very easy. His vision was made very clear when he could dial up a look he wanted on his desk and then I could implement his looks into the show in a way that worked with the cue stack.”

PRG supplied the Clay Paky fixtures and the grandMA2 for the tour.

A.C.T Lighting, Inc. is the exclusive distributor of MA products in the USA and Canada.