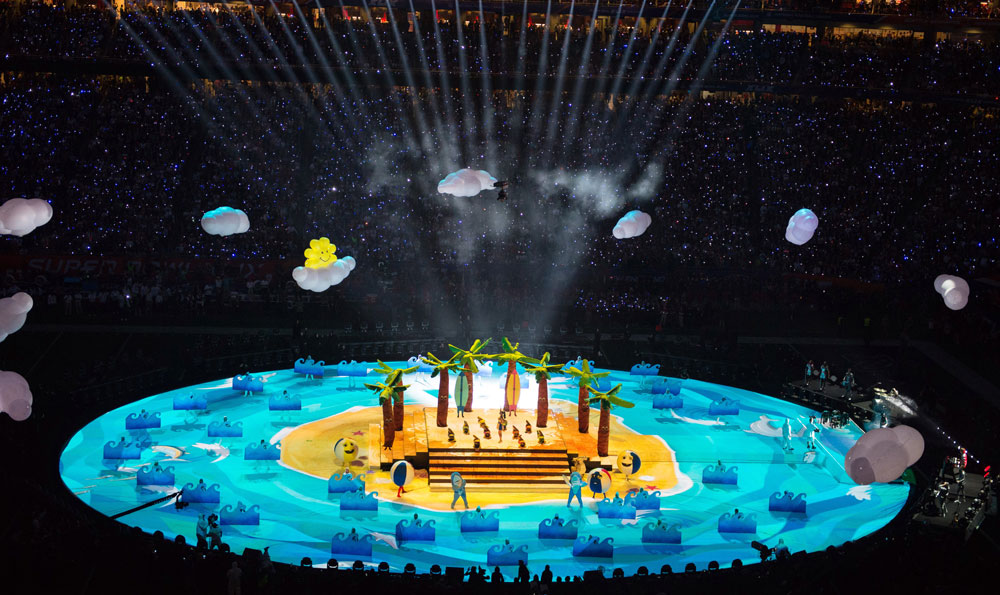 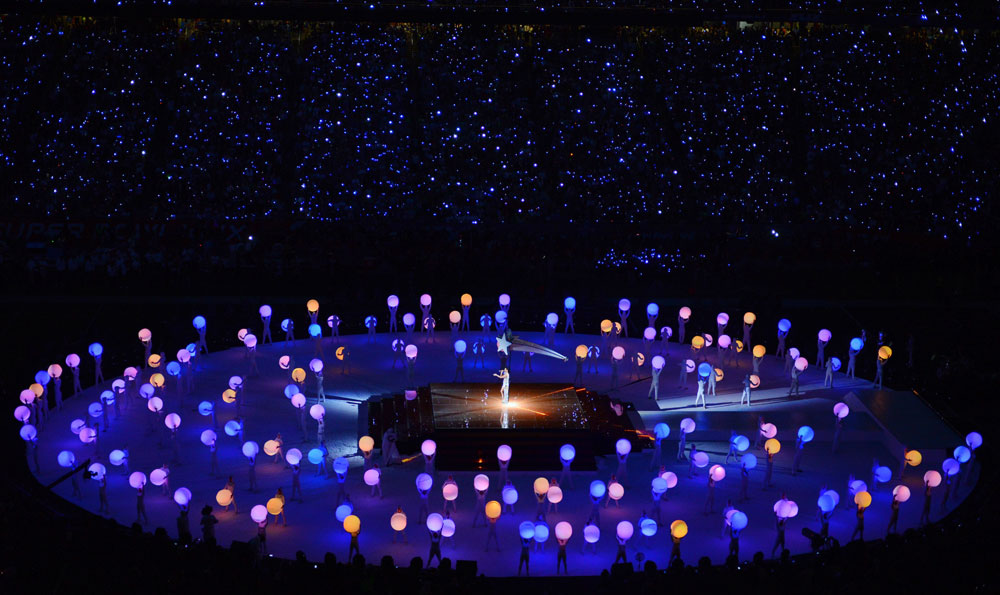 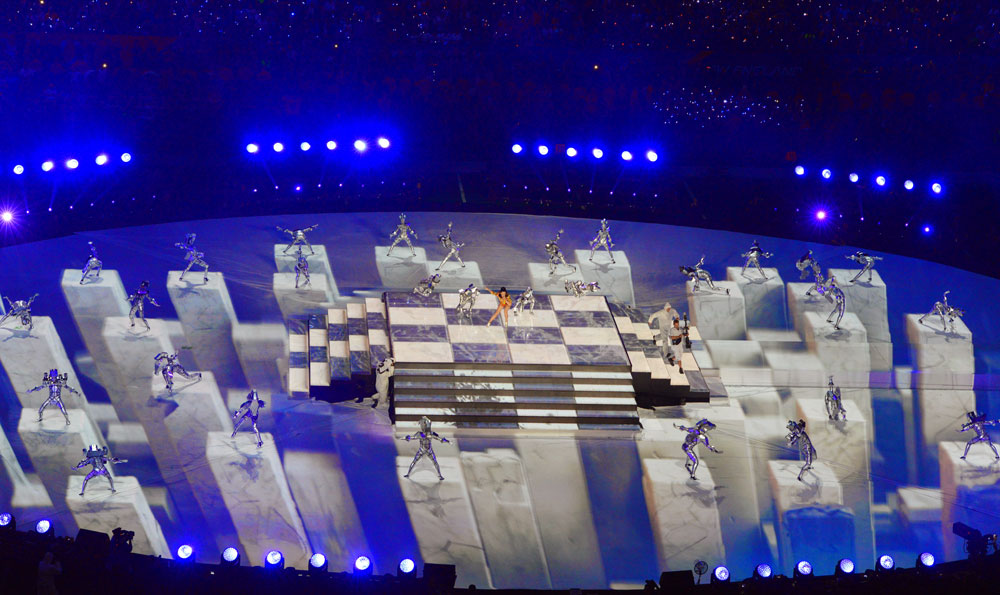 Katy Perry’s glittering halftime show at Super Bowl XLIX in the University of Phoenix Stadium in Glendale, Arizona was an eye catcher. Lighting designer Bob Barnhart of LA-based Full Flood chose a large array of amongst others Clay Paky Sharpy, Mythos and A.leda B-EYE K20 fixtures for the 12-minute show.

Even before the halftime talent is selected, the venue sets the scene for the production and lighting design. “It all depends on what creative options the stadium offers,” says Barnhart. “If the University of Phoenix Stadium didn’t have a roof we couldn’t have done the projection, for example. Potential weather conditions are also a factor."

“The Super Bowl is different from anything else I do. The halftime show had an amazing entrance and exit and a lot of different things happening in between – all in 12 minutes stuck in the middle of the world’s largest sporting event,” he says. “The first two-and-a-half minutes featured 600 glowing orbs, a giant lion and a moving chessboard. That was a lot of eye candy that kept viewers wondering where it all was headed. We went from end zone to end zone twice: Katy started in the north end zone, joined Lenny Kravitz & Missy Elliott in the south end zone then went back to the north end zone for the flying rig. The show was physically very large and very ambitious in all areas – the production design team did a great job; it was quite amazing!”

Jason Rudolph manned a grandMA2 light for video projection and orb control. “The grandMA2 light is my console of choice,” he says. “It always performs well, and the Super Bowl was no exception.”

A.C.T Lighting, Inc. is the exclusive distributor of MA in the USA and Canada.