MA Lighting at the US Open 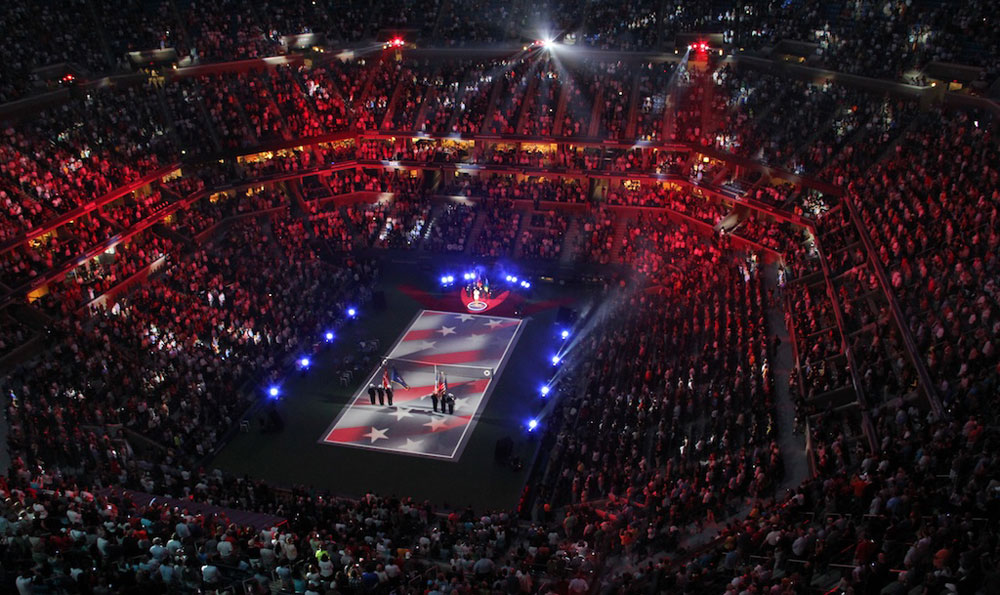 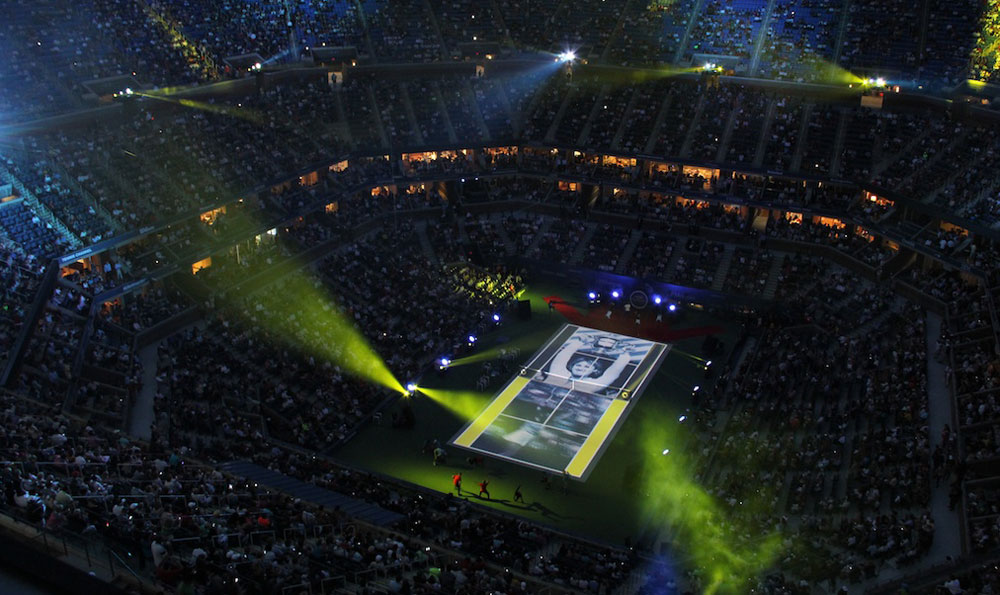 The US Open tennis classic hit a grand slam the first night of the tournament with an Opening Night Ceremony that dazzled guests and set a new benchmark for kicking off the iconic event. grandMA2 consoles played key roles in the dynamic ceremony.

“The USTA (United States Tennis Association) charged its entertainment group with energising its traditional US Open Opening Night Ceremony, and what fans saw this year was unprecedented, immersive and memorable”, says Christien Methot of design one lighting and production design, who served as the lighting designer. “Two years ago Michael Fiur, entertainment director for the USTA, asked me to get involved, in conjunction with Overland Entertainment, in creating an Opening Ceremony spectacular. They’ve had singers in the past but always used stadium lights. We started talking about the creative aspects of the show – using video mapped to the court and lighting played in conjunction with the video to fill out the stadium. We were going to do it last year, but the hurricane blew in. We learned a lot in the process to put into practice for this year’s event.”

During the Opening Ceremony Jordan Sparks paid tribute to the late Whitney Houston, who performed in the stadium 15 years ago. Sparks sang “Celebrate,” the hit song from the movie “Sparkle” in which she starred with Houston. Then, for the first time at the U.S. Open, the center court was turned into a giant video board with images of past champions flashing across the court during a high-energy music and light show. Sparks returned to the stage for the National Anthem; center court was mapped with red, white and blue flag graphics during her rendition.

“The Opening Ceremony was short and sweet – 20 minutes,” Methot reports. “After Jordan sang ‘Celebrate’ we launched into Taio Cruz’s ‘Dynamite’ with a lighting and video spectacular. Then during the National Anthem we had theatrical lighting and an abstracted video American flag on the court. There was really nice size pyro show, too. A lot of logistics, a lot of collaboration and back-and-forth to get it all done.”

Methot had a pair of grandMA2 lights running SMPTE timecode; for “Dynamite” it was synched to timecode with MA’s grandMA 3D software, which had been used in the pre-viz stage, to synch the space. Ten MDG Atmosphere hazers came into play, and 40 Clay Paky Sharpys lit up the night. Glow Design, which was responsible for the video components, ran eight 22K Barco projectors on Dataton WATCHOUT; they provided Methot’s rig with the SMPTE timecode.

“The grandMA2, MDGs and Sharpys were all mission critical elements of the show,” says Methot. “They were rock solid and performed without fail.” He was also pleased that the no-charge grandMA 3D software was “vital in giving us a couple of days of programming in advance.”

Methot rented the equipment through WorldStage. “They have a strong relationship with Overland Entertainment and really took care of us,” he says. Working alongside Methot were programmer Jason Baeri and gaffer Randy Treu.