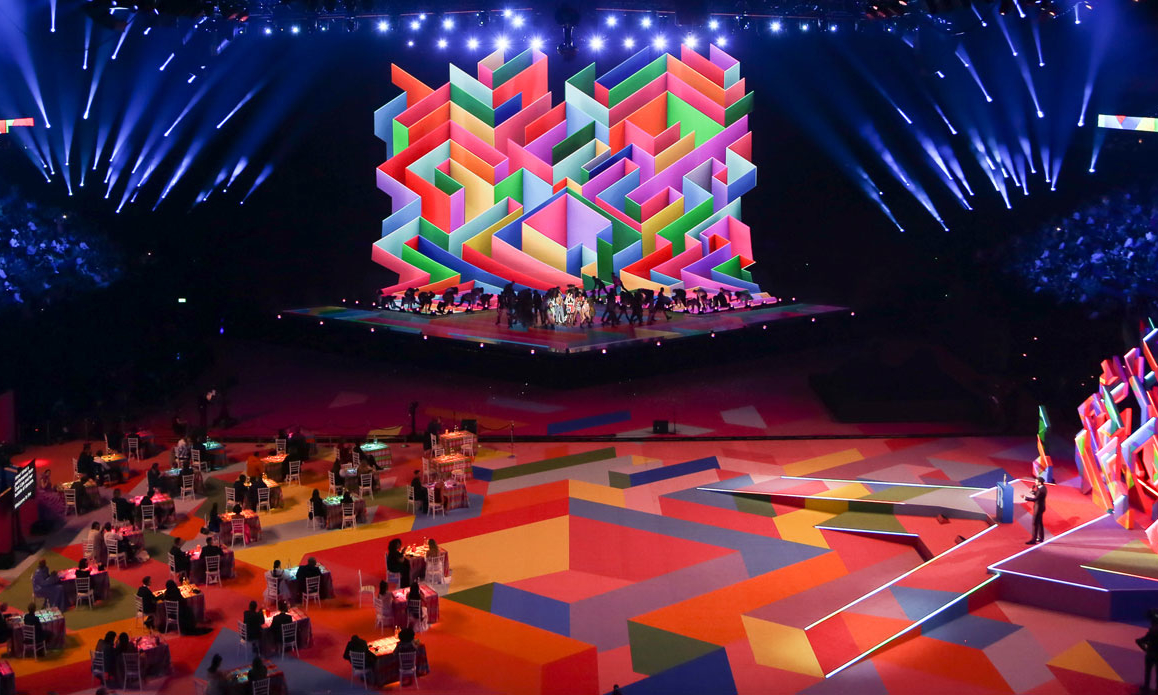 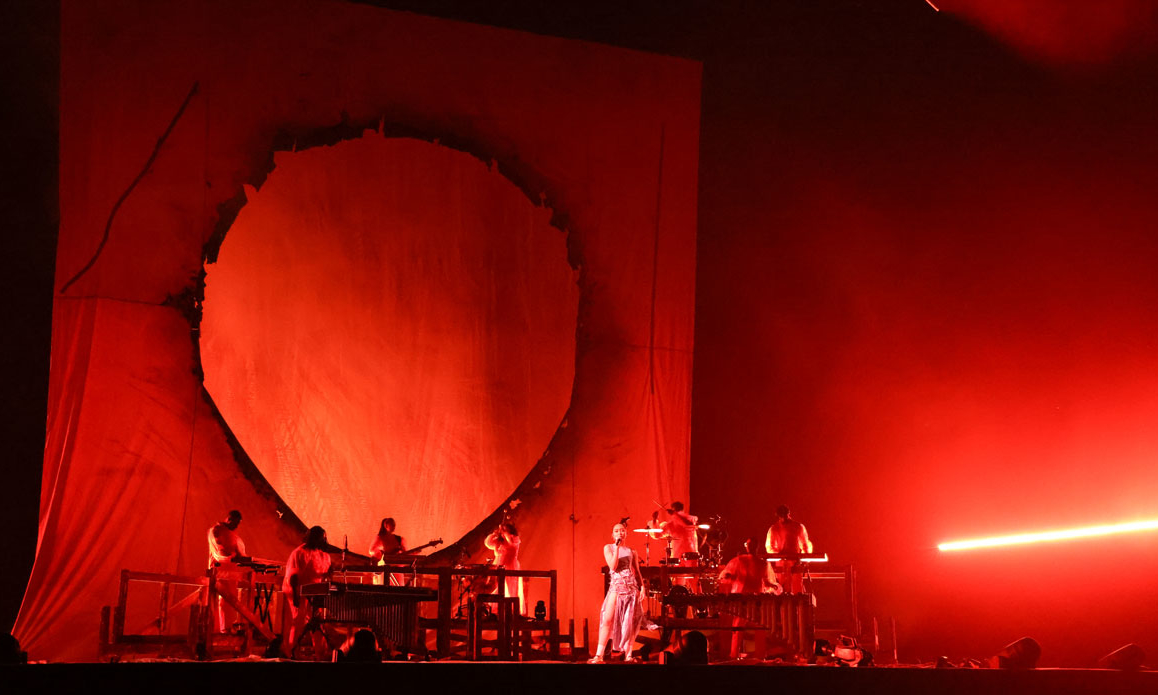 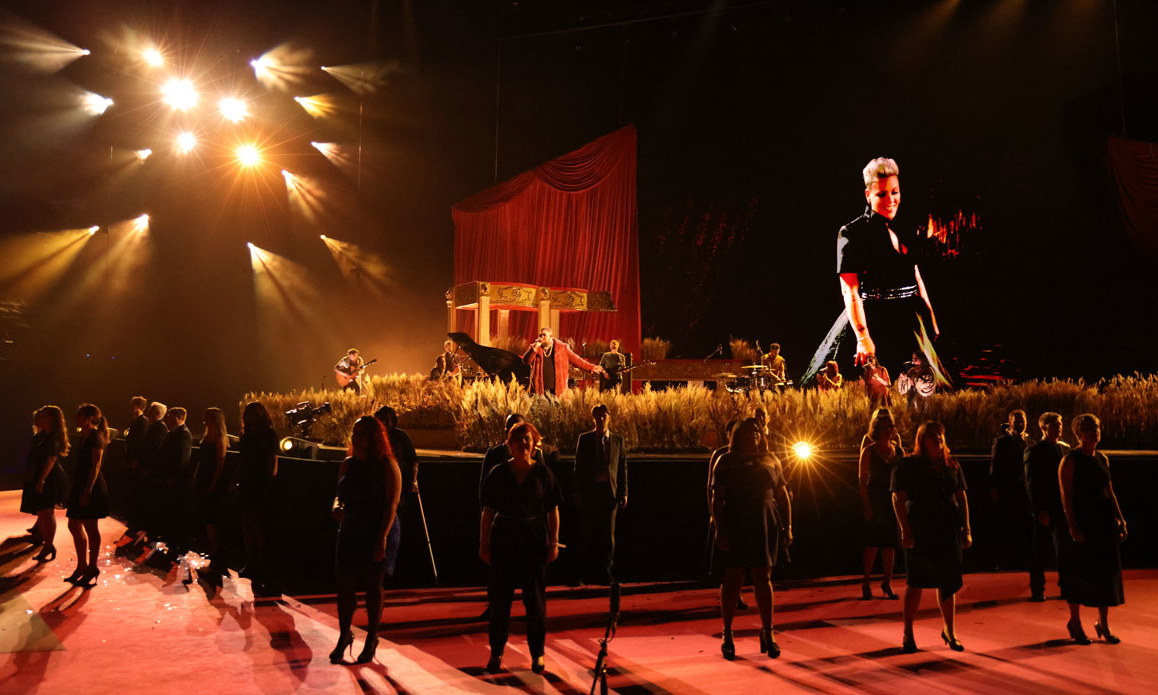 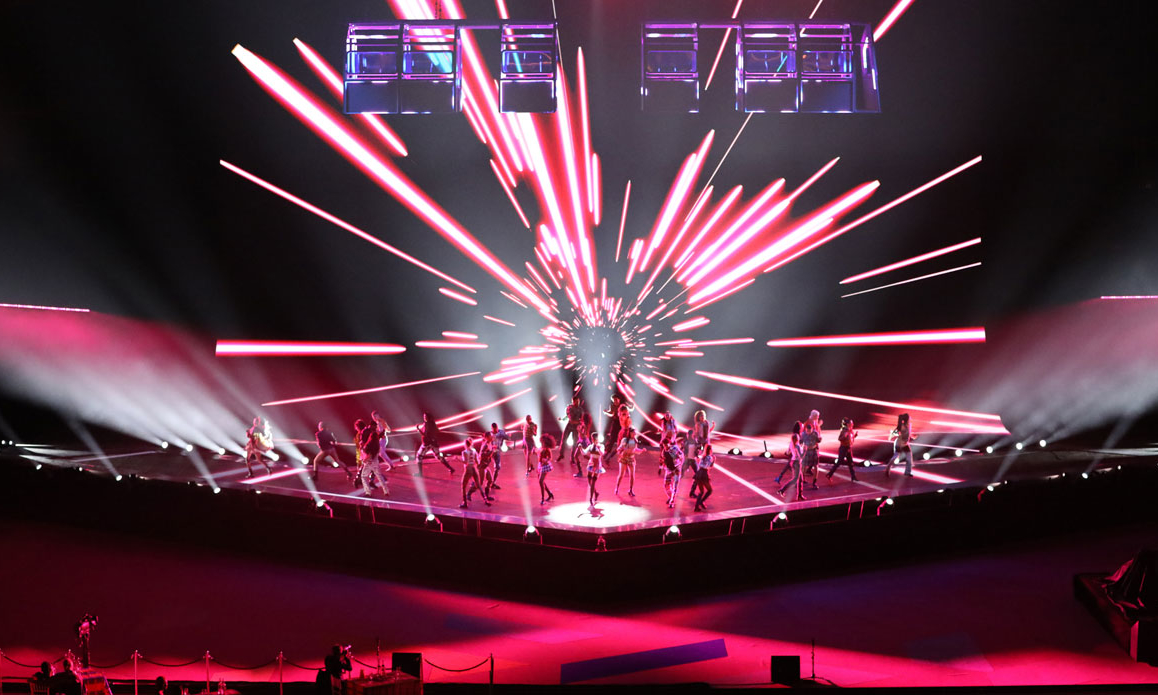 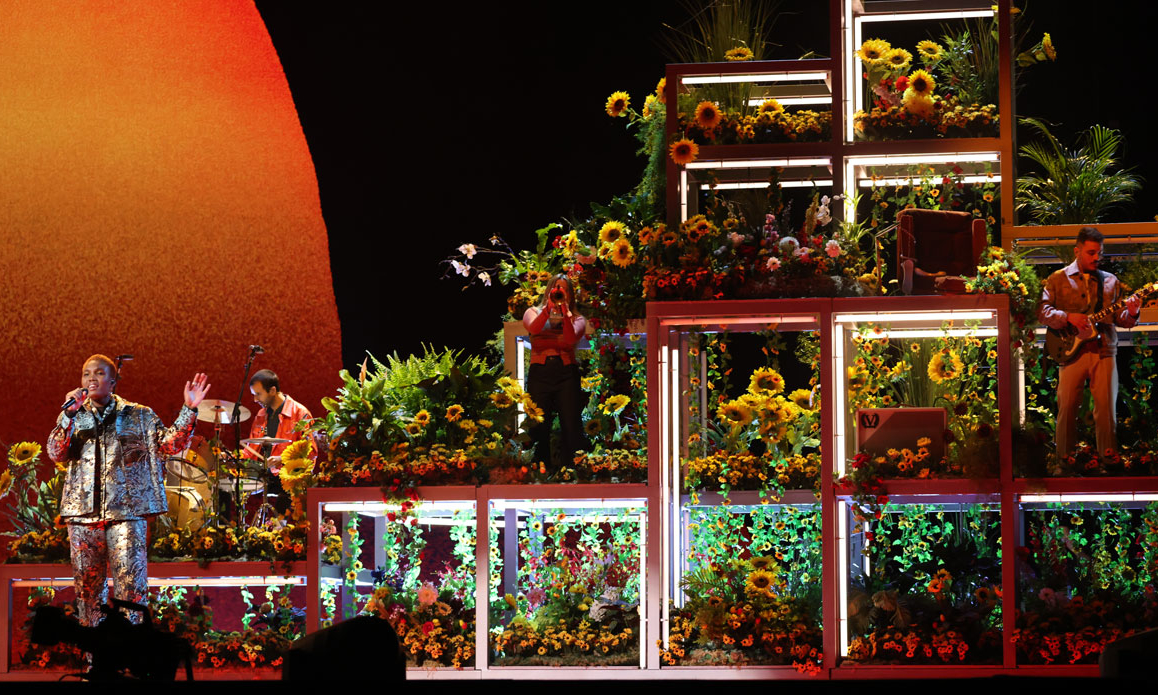 The Brit Awards has long been noted for its spectacular productions, and the 2021 event was no exception, staged at the O2 Arena, London, UK featuring an elegant and dynamic production design by Es Devlin and Yinka Ilori with spectacular lighting created by Al Gurdon. The live broadcast event celebrated some of the best British and international music and broke ground as the first major indoor live music event with an audience – of key and frontline workers – since the pandemic shut down of March 2020!

Alex himself owns three grandMA3 light consoles – one of which was running as his backup on this event. He had been working with the powerful and versatile new grandMA3 software for some months already, and decided it was the way to go for this year’s high profile ‘Brits’.

The show was moved back from its usual February slot to May, so Alex had already had the chance to use the full grandMA3 combination on shows earlier in the year, including “Dancing on Ice” also for ITV at Bovingdon Airfield, and “Game of Talents” at Maidstone Studios. When it came to The Brits, he was confident it was the ideal control solution. He loves the overall power and speed of the grandMA3, and the fact that the console can effortlessly handle very large quantities of fixtures / data very quickly.

New features he appreciates include Phasers (the new effects), which offer the ability to create discreet and complex multi-step effects easily and efficiently, while the new Selection Grid facilitates quick building of Phasers, especially when using uneven fixture quantities or fixtures non-symmetrically positioned on the trussing or set.

Recipes is another popular feature of grandMA3. Recipes enabled Alex to program “the intent of cues” without knowing at that stage exactly which fixtures would be used. When the team later worked out which lights worked best for specific tasks / scenes, all the cues were rapidly populated with the correct data. As well as using time very efficiently, Alex highlights that this allows some “serious flexibility” in changing which lights are doing what on the fly without masses of re-programming!

The ability to import MVR files direct from CAD programs like Vectorworks is another asset for Alex, making it a speedy process to build a patched show file. Some of The Brits show programming was pre-visualised in Depence2 during the first couple of days on site, while the set build was ongoing and before they had access to the rig, and this MVR file allowed them to create both the Depence2 model and grandMA3 show file from the same Vectorworks data.

Additionally, Alex thinks the grandMA3’s inbuilt visualiser is a “very handy tool” for checking and update programming when running in Blind mode, without changing the output on the real fixtures! On top of all of that, he likes the grandMA3’s new timecode structure which makes it easier to break down tracks into different groups. All these features he used extensively while programming the 2021 Brits extravaganza.

The biggest challenges working on a high-profile and high-pressure show like this are usually that the FOH creative teams – both lighting and video – will receive artist material and requests right up to the last minute as rehearsals evolve and are fine-tuned. Tracks and cues need to be modified and tweaked, new choreography might be developed and there are often copious and detailed notes, all of which must be incorporated almost instantaneously to keep the assorted artist’s creative directors happy … and the rehearsal schedule on track. That is why it is imperative to be able to work quickly and seamlessly, and the grandMA3 fully enables this.

Like everyone involved in the event, Alex was “delighted” to be back working on a live show and with an audience again, and especially alongside such a “brilliant, imaginative and inspiring” team of technical and creative experts.