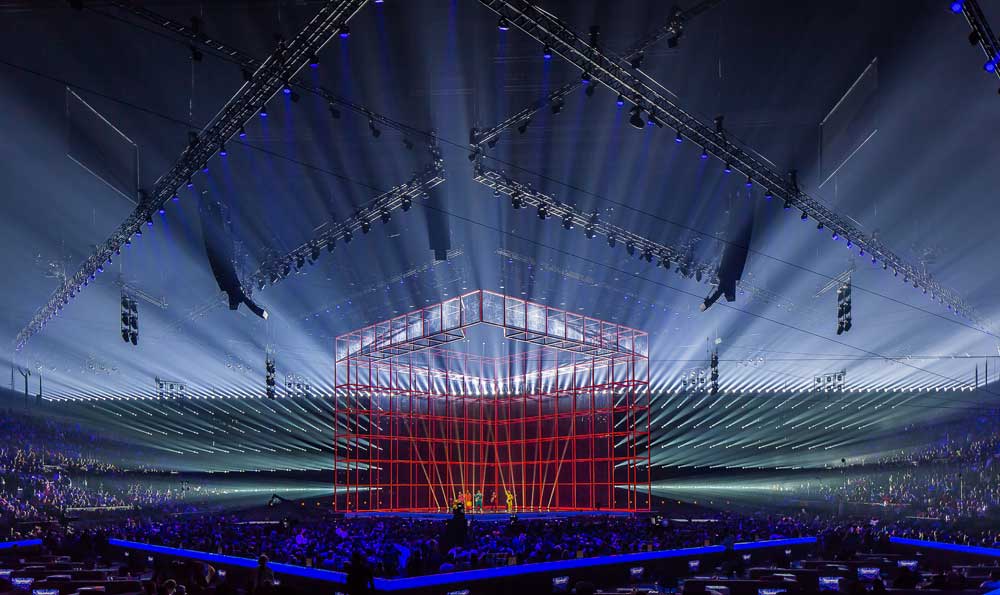 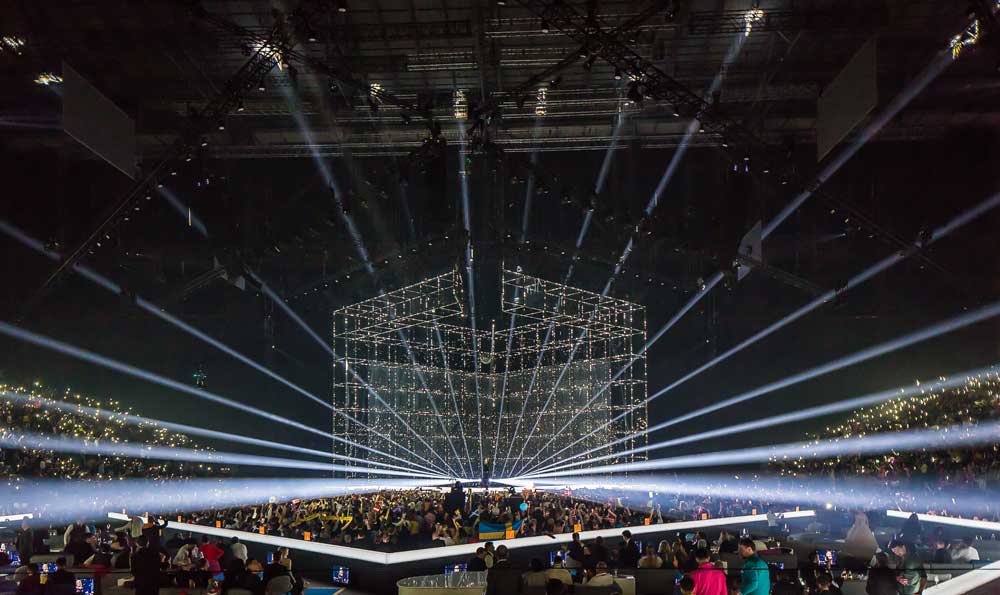 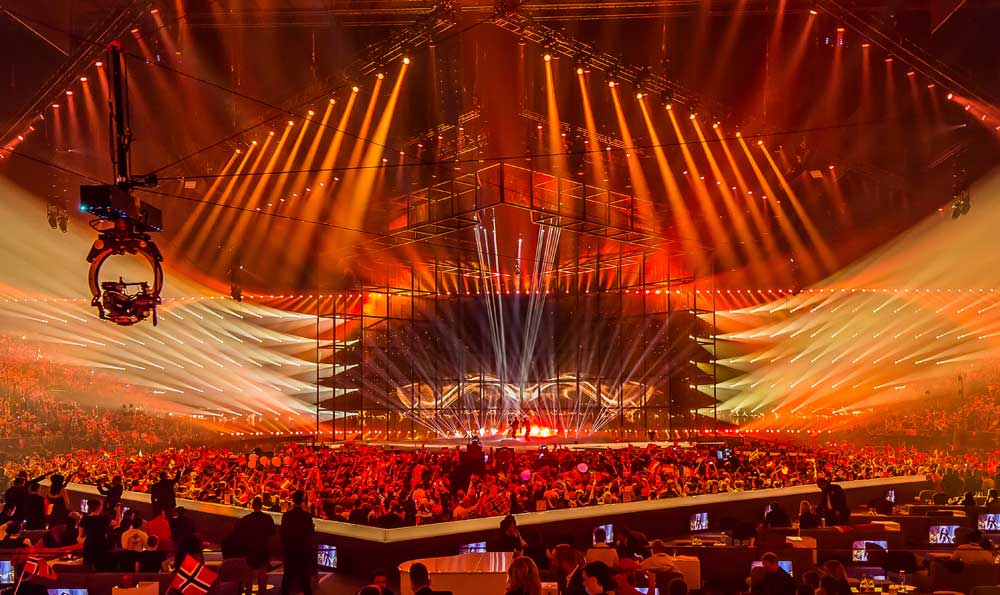 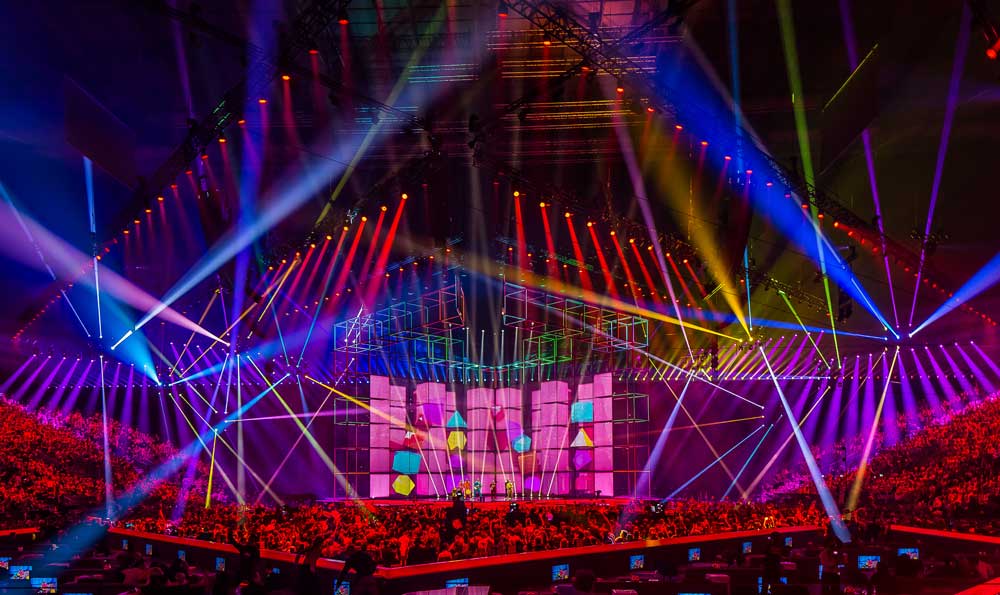 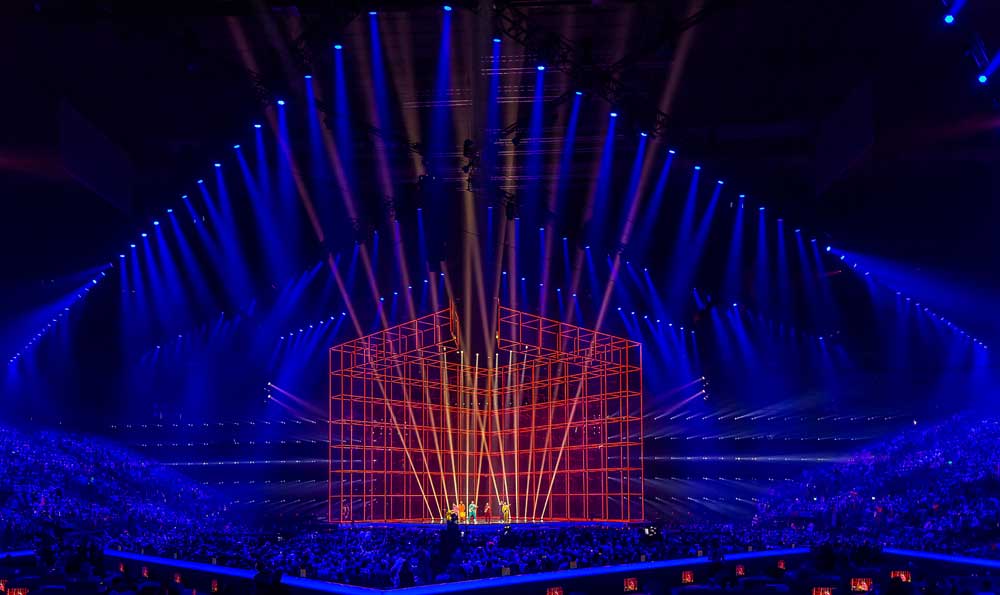 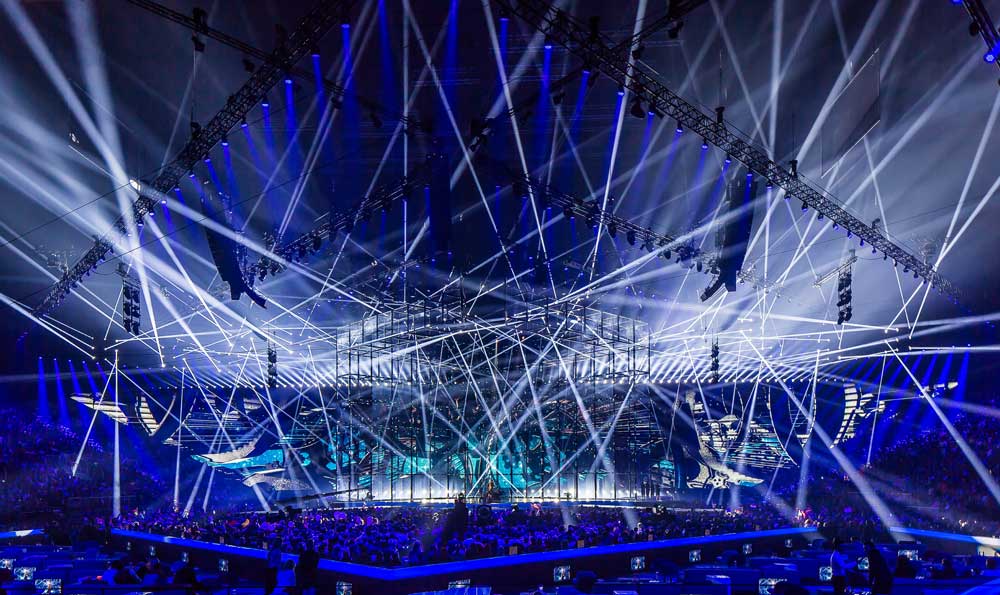 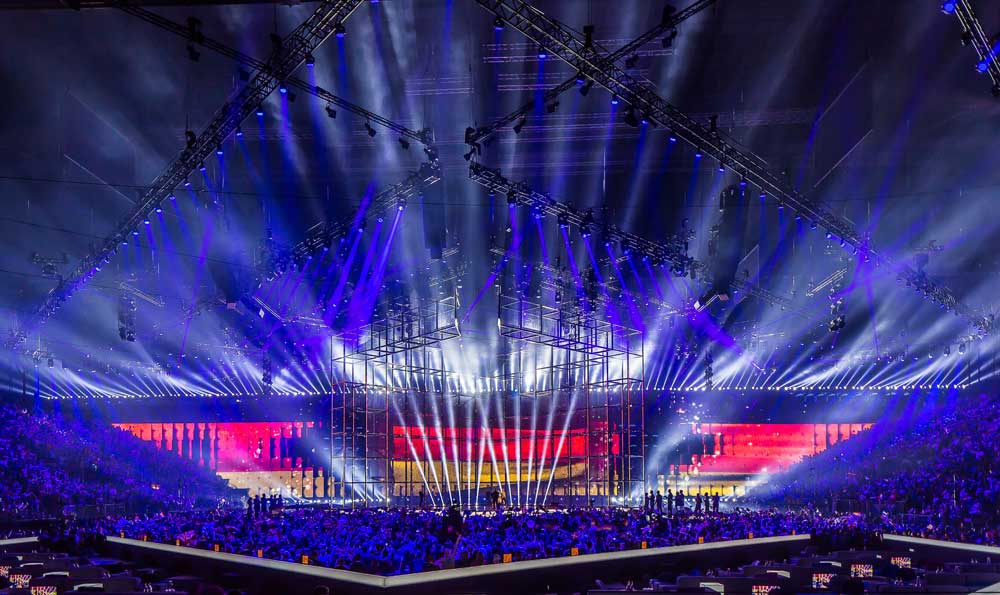 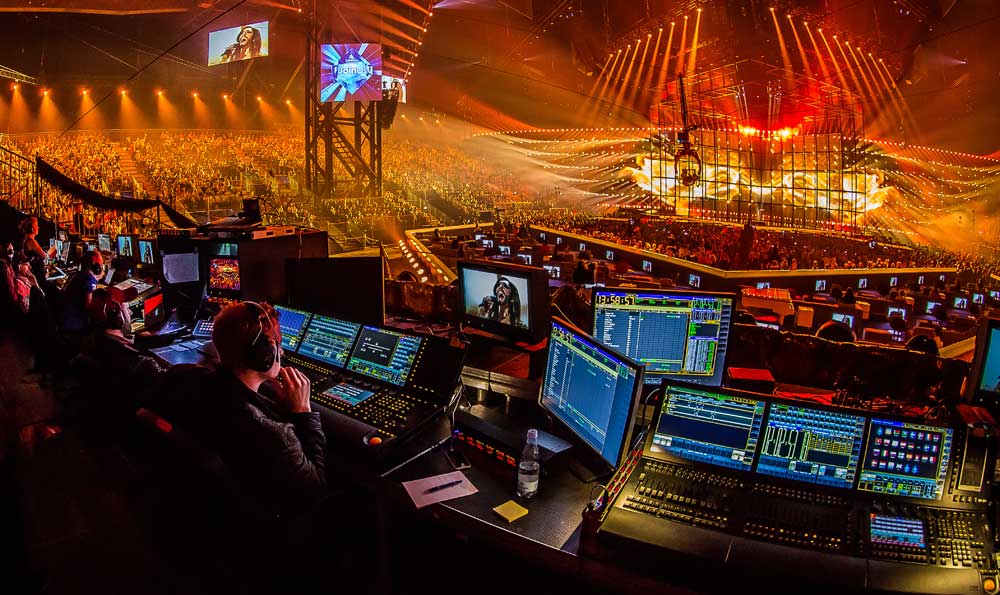 The 2014 event took place in an old shipyard at Refshaleøen, Copenhagen, Denmark and once again set new standards for production technology and as an eye opener.

Lange stated: “On a system of this size there is really only one control choice today – the grandMA2. The console allows multiple users to access the same show file simultaneously. Also we had the great advantage of MA 3D, both for pre visualisation and for blind editing on site. We were quite surprised to experience a stunning 25 fps with the full rig visualised!”

Programmer Nicolai Gubi Schmidt added: “The synchronized DMX output across a big network was a big benefit. The MA part of the ESC network used 17 x Luminex GigaCore switches. Also the ease of working with timecoded shows on the grandMA2 was great.”

Johnny Sørensen, Timo Kauristo, Thomas Brockmann, Leif Hellberg, Rasmus Bremer and Kristian Sørensen worked as programmers. The Creative Director was Per Zachariassen, the Head of Production was Kamilla Monies, the eye-catching set was designed by Claus Zier and the show’s Creative Director/Content Producer was Nicoline Refsing.

[LITE]COM A/S was the technical supplier with PRG as subcontractor. Gobo & Highlight A/S is the distributor of MA Lighting in Denmark and Sweden.
The final was won by Conchita Wurst from Austria with the song ‘Rise Like a Phoenix’.