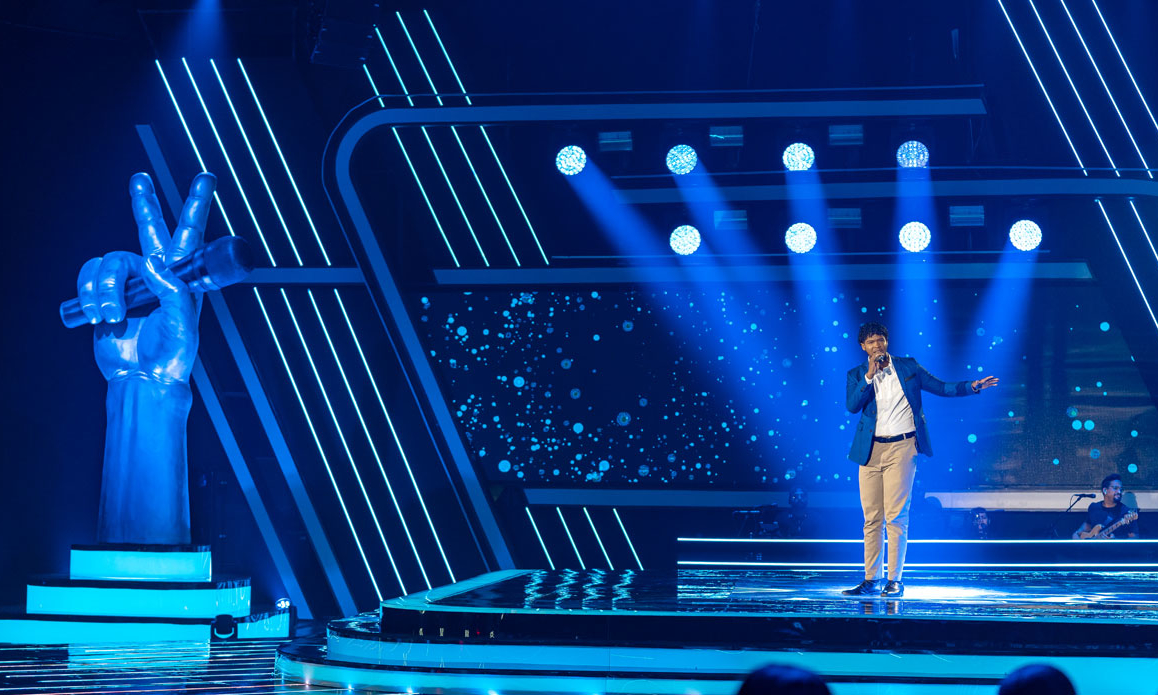 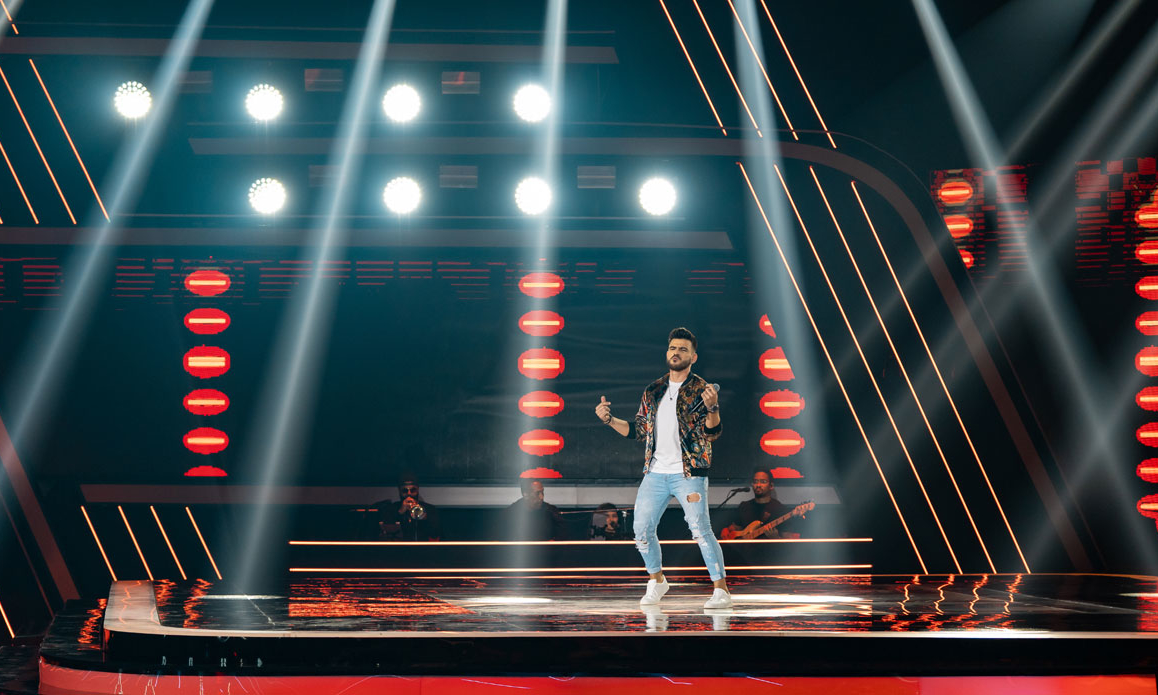 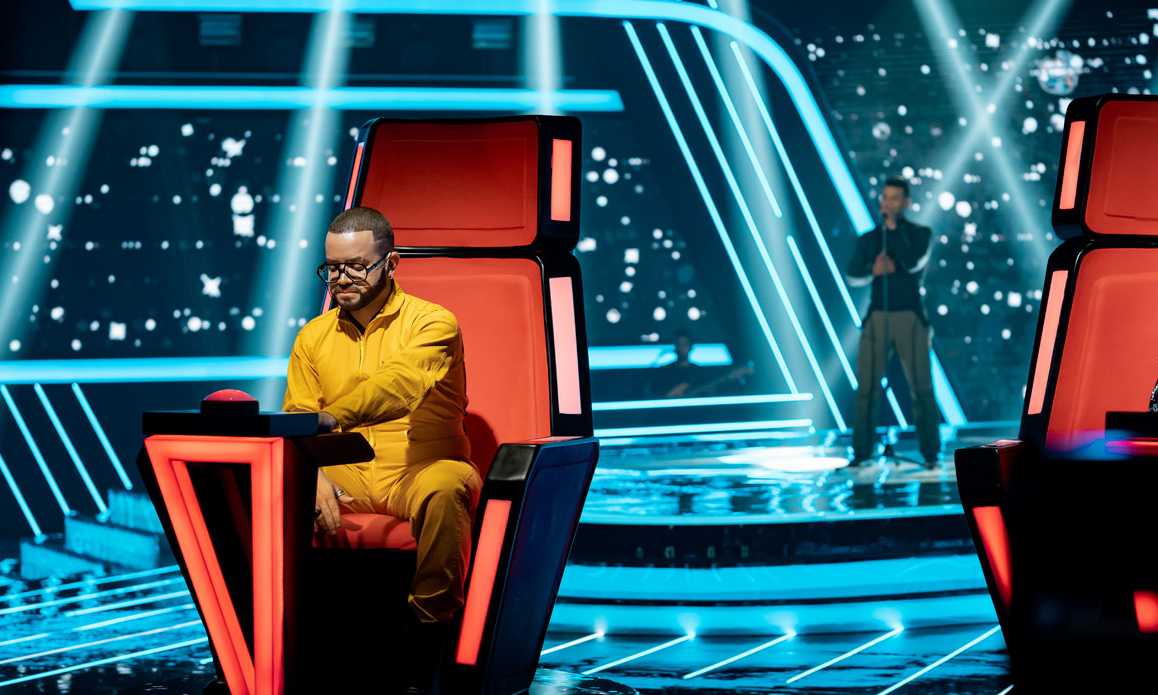 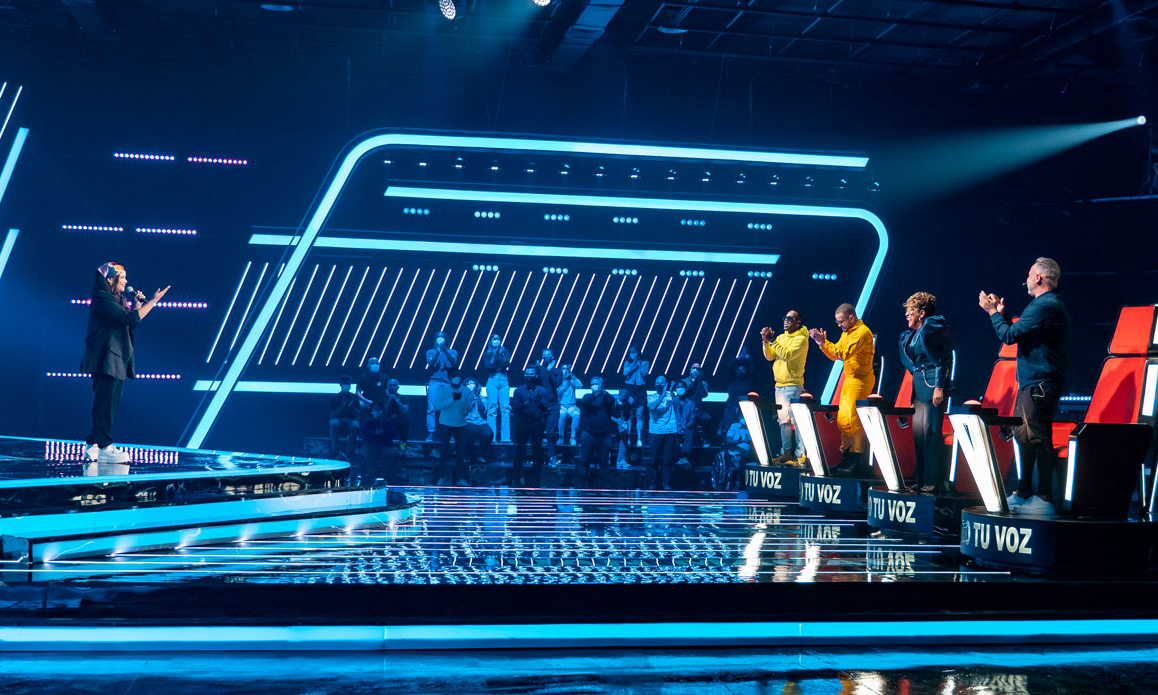 Producers of the first ever edition of The Voice Dominicana wanted a high impact production for the series which showcases some serious rising star talent, and asked top lighting designer Paulinho Lebrao from design practice FOH onboard to create an exciting extravaganza of colour, movement, and energy with a vibrant and adaptable lighting design.All lighting is being controlled by a full grandMA3 set up, with the console also programmed and operated by Paulinho for the series.

The first blind audition episodes were shot in June and the competition now moves into the Battle stages followed by the Knockouts, then the Live Finals, with the Grand Finale at the end of November.Already busy with a full schedule, for this project challenge-loving Paulinho even shoehorned some DoP (director of photography) duties into his workflow in close collaboration with Andre Batista.

The Voice Dominicana action is being filmed in ProCapital Studios, Santo Domingo, the largest TV facility in the Dominican Republic. The show is produced by ProCapital Films and Ram Group Global and the first episodes premiered in July 2021 via Telesistema.Brazil-based Paulinho had no hesitation in specifying a full grandMA3 hardware and software system for lighting control, comprising 2 x grandMA3 consoles (main and backup), 2 x grandMA3 processing unit XL and 1 x grandMA3 4Port Node.

It is a hectic show requiring multiple dynamic and different lighting looks and environments to be created under time pressure, so he needed the power, speed, and flexibility of the grandMA3.Having taken a sizable chunk of his lockdown time to time to study and learn the full capabilities of grandMA3, he become an early adopter of grandMA3 software and subsequently starts using it on shows and livestreams. For Paulinho, the console takes show programming and delivery to “the next levels”.

The first rounds of the competition featured approximately 120 moving lights on the rig plus LED fixtures and a few conventionals. By the Live Final shows, this will have expanded to 350, 90% of which will be LED sources which will provide the main key and effects lighting as well as illuminating the stage, set and audience. All lighting, video and audio kit for the series is supplied by BM Eventos.

The rig so far has included some special LED bars that consumed one DMX universe each, and in total approximately 60 universes have been dedicated to lighting and pixel-mappable fixtures. For some songs during the Blind Auditions, DMX was sent direct from the media server to the grandMA3 to trigger specific video effects, and for others they utilised the grandMA3’s DMX merge input.

Paulinho loves many grandMA3 features including the MultiTouch screens which he thinks greatly accelerate programming sessions with the one or two finger commands, but on this specific show, he highlights the use of one very simple but exceptionally helpful feature… the trackpad!

While it was not possible to have any dedicated remote follow spotting systems, Paulinho needed a rear follow spot for some numbers, and he needed this in a place where there was no space to install a traditional human operated spot in a truss chair! Ever resourceful, he and the team had the idea of using a Claypaky Axcor 300 Spot connected to an iPad and the lighting network via the grandMA3’s Web Remote, so one operator using the trackpad menu controlled that fixture.

The concept “worked perfectly!!!” declared Paulinho, giving him access to parameters like Dimmer, Colour and Zoom from his Cue List, leaving the operator to concentrate just on getting the fixture’s movement accurate!

Paulinho’s creative starting point for lighting The Voice Dominicana has been Omar Marti’s set design and the famous ‘Style Bible’ that informs the ‘base aesthetics’ of all international franchised variants of the original Dutch show concept. Within these guidelines, he naturally wanted to create his own distinctive visual touches. The Blind Auditions started quite low key in terms of lighting with more straightforward looks which gradually grew more complex and spectacular as things progressed with all the production visual departments ramping up.

As lighting designer, he felt very connected with the individual contestants, all of whom were talented and shooting for their dreams. “For every song, there’s a lot of emotion in the room, plus all the visual effects crafted around it, so that is a huge responsibility as well as one of the most enjoyable aspects of lighting this type of show!” he says.

Working alongside Paulinho at FOH on this project are assistant LD Nicholas Rafael, based remotely in Brazil who takes care of the design, 3D modelling and pre-vis co-ordination. All the lightshows are built in advance in WYSIWYG before being transferred to the console the day before the session starts recording and broadcasting on-the-ground in Santo Domingo.

The Voice Dominicana is directed for TV by Alberto Zayas with musical direction by Henry Jimenez. The executive producers are Darius Alfred, Ariel Nina and Ramon Rodriguez Maxwell and the overall producer is Angie Rodriguez. The winner will be revealed in November.

MA Lighting’s distributor in the Dominican Republic is Wholestage Caribbean based in Santo Domingo.