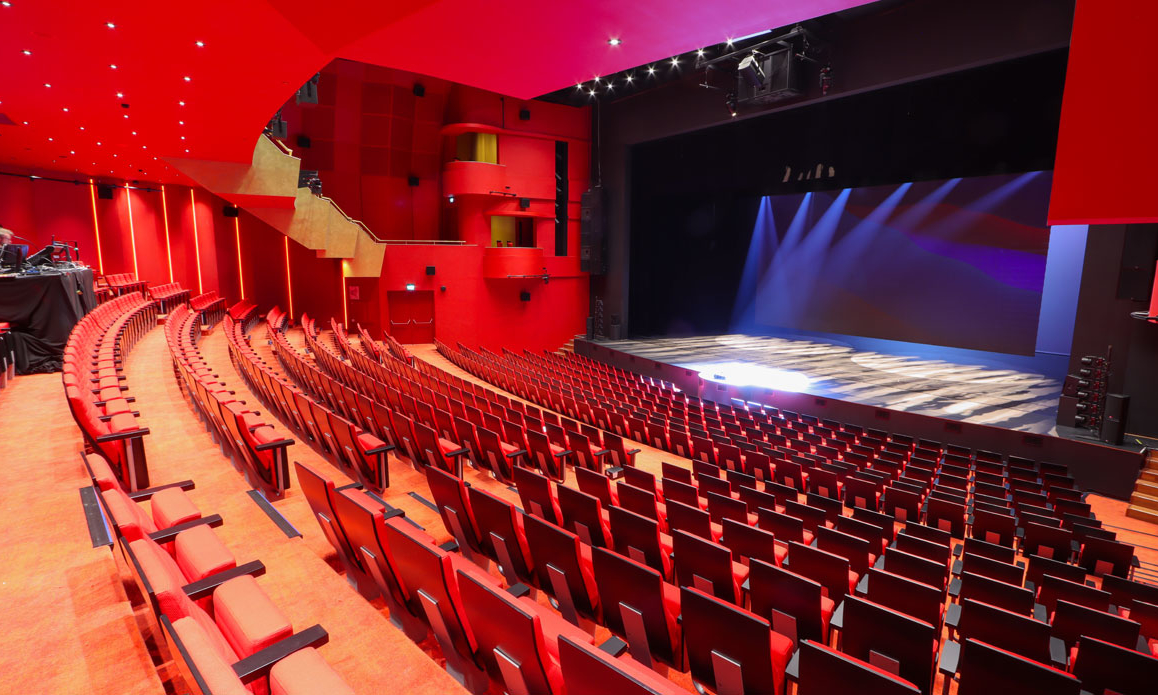 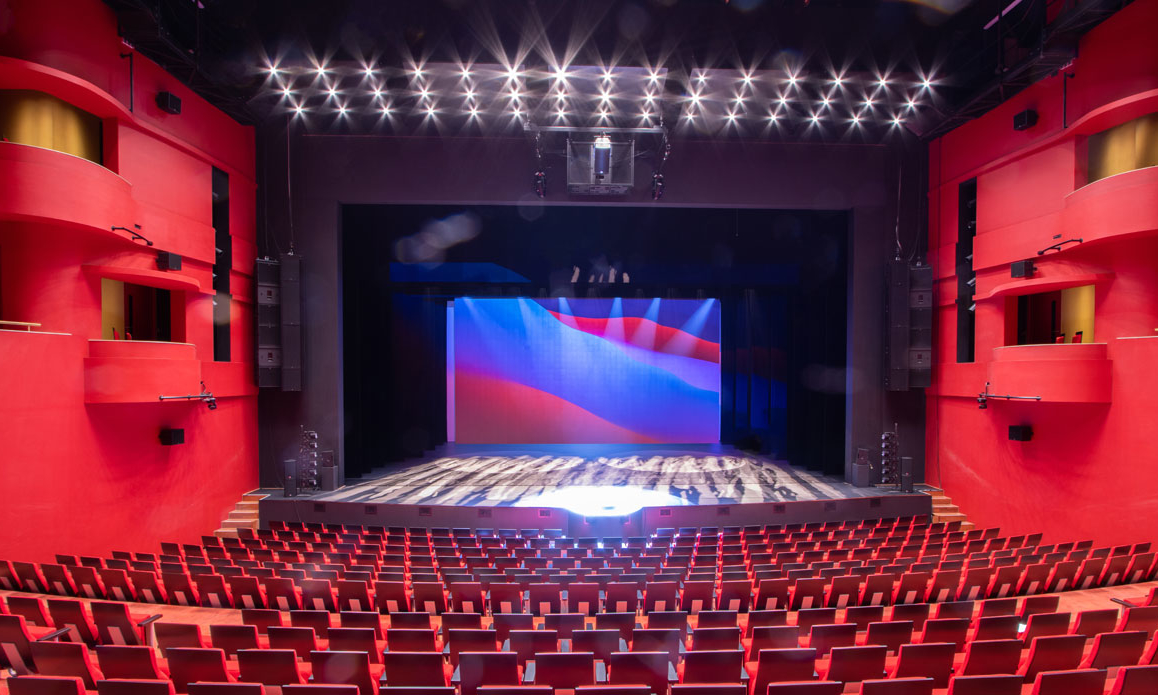 A grandMA3 lighting control system - hardware and software - is at the heart of the new AFAS Experience Center’s 800 capacity theatre in Leusden, the Netherlands. The theatre is an integral part of the software company’s spectacular new contemporary work campus designed by Steef van de Veldt of Just Architects.

The FOH lighting control system comprises a grandMA3 compact XT console to run the stage lighting for the more complex and hands-on shows, with a grandMA3 replay unit – running in a different session – for local remote touch screen control of pre-set lighting scenes. The grandMA3 replay unit is also undertaking other complex networking and automation and effectively acting as an architectural controller for the building’s fixed lighting installation.

Taking advantage of the scope of the grandMA3’s IP control and OSC compatibility, these additional networking tasks include the remote switching of 480 circuits of lighting hard power, including for the house and backstage lighting systems and the theatre’s remote follow spotting system.

“The power, flexibility and networking capabilities of grandMA3 made it a ‘no-brainer’ when choosing a control system,” commented Christian Borgers from the project’s lighting specifier and supplier, Rolight – MA Lighting’s distributor in the Netherlands. Originally AFAS intended to use the theatre solely for training sessions, lectures and presentations for staff and customers, needing the ability to quickly and easily flip between different set ups and lighting states. Full IP-based automation was the goal for designing this day-to-day lighting control, allowing the space to function efficiently without needing the constant presence of specialist lighting technicians.

As the project progressed, it was decided that the venue should also be equipped as a fully professional performance theatre with moving lights and LED light sources, capable of staging elaborate productions. AFAS then further announced that they would be teaming up with Cruyff Management to co-produce and stage the world premiere of “14 The Musical”, about the life of the iconic footballer Johan Cruyff, in the venue.

“The grandMA3 compact XT is a fantastic solution for theatres like this with all the power and features needed in a very small footprint console,” enthused Christian.

grandMA3 offers three network interfaces at every desk position in the theatre, two for the console and a third for the internet, allowing direct downloads of GDTF fixture profiles to the console, and Rolight also has remote access to the entire system.

The grandMA3 compact XT and replay unit were supplied with grandMA3 processing units to expand the parameter capacity, as the house lighting includes a quantity of LED pixel strips which are part of the audience lighting and the same luminaires are used to delineate the front of the stage. Additionally, there are 200 channels of work lights plus another 200 more of backstage blue-light illumination, all programmed into the grandMA3 system and recalled via the replay unit which is talking to the building’s overall AMX management system. For daytime lectures and sessions, lighting looks and scenes can be recalled very quickly from multiple touch screen devices, including wall controllers and tablets communicating via the replay unit.

All the automation cues, the hard power switching, etc., are programmed into the grandMA3 replay unit as Executors and Macros triggering a Christie Pandora’s Box Widget Designer communicating via custom software with the AMX controller via the building’s layered network. grandMA3 was picked as a stable playback / master lighting controller allowing this operation by staff using integrated touch screens or a mouse and keyboard connected via USB.

The last layer of the system is AFAS’ own privilege-based app which includes geo-positioning info and can be installed on devices carried by staff who are working in specific areas of the building, e.g., cleaners, who can switch on just the lights necessary for the completion of their work.

Christian, who worked closely with colleague Hamza Ghzili on the project, concludes it was a “complete no brainer” to use grandMA3 as the project’s lighting control backbone as it could offer simple control of all these networking functions as well as provide a powerful and adaptable creative tool for designing full stage and show lighting.

The AFAS Experience Center is a state-of-the-art multifunctional complex that includes approximately 8,000 square metres of office space plus intermediate buildings including the theatre, studios and sports facilities and a 3,000 square metre restaurant. An elegant 42-metre diameter 24-metre-high glass dome which covers the theatre and forms the foyer, itself accommodating several hundred people, is surrounded by a lake creating a peaceful and harmonious environment.