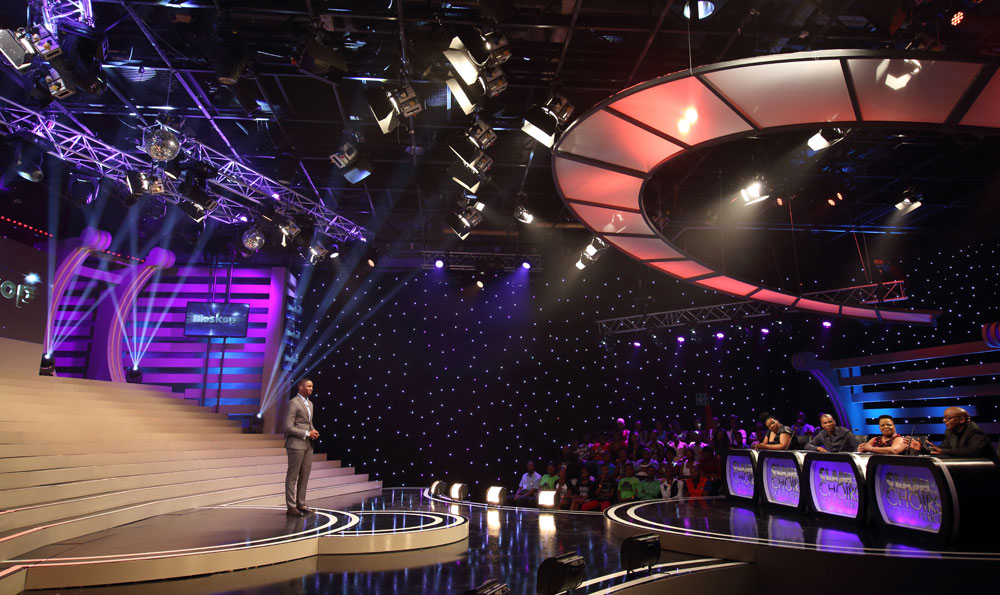 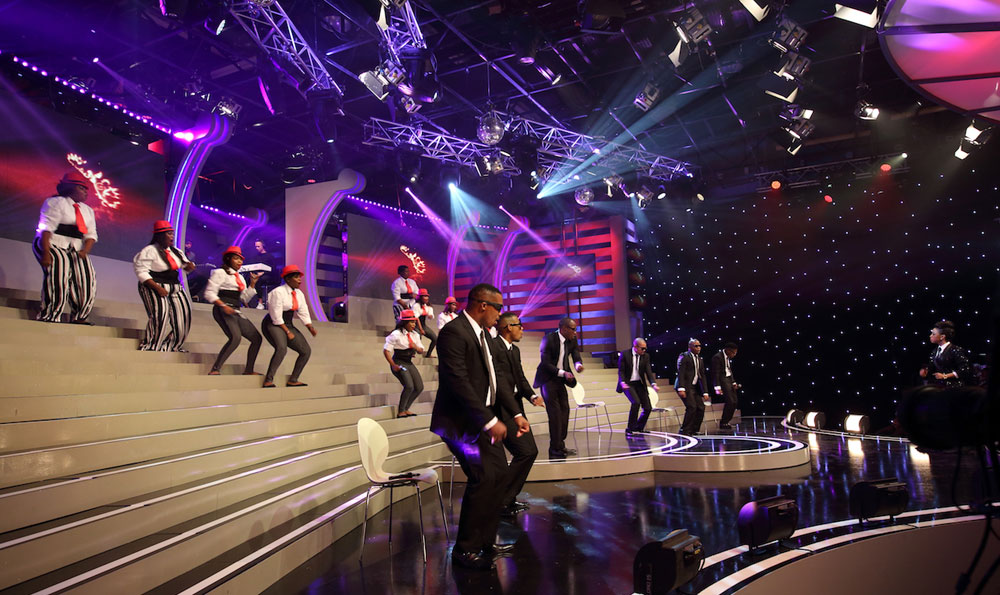 Blond Productions was involved, for the third consecutive year, to supply the full technical for the televised competition Clash of the Choirs held at Global Access Studios in Johannesburg, South Africa. Mauritz Neethling from Blond was responsible for the lighting design, having control via a grandMA2 light. He also used a MA VPU plus MK2 (Video Processing Unit).

Filmed for Mzansi Channel on DSTV, the competition saw seven celebrity choirmasters assemble amateur singers who went head to head at the Clash of the Choirs. The competition kicked off at the end of 2015, with the finales held in April 2016. This meant the entire rig – the set designed and created by Dream Sets – had to come down and be put up again.

“Dream Sets cleverly created an arena type set which really enhanced the visibility of the choir,” said Neethling. “The competition had used the same set for two years, and the only elements reused was the Horse Shoe shape, a steel construction with silk covering which was previously hung over the main stage area, and this year was positioned over the judges table, creating great reversal shots and depth.”

While Neethling was responsible for the lighting design, he worked closely with colleague Heinrich Ströh who was operator and system technician and who took over as lighting director once the show was on route. MA was used to add AV and graphic content onto the LED Walls via the MA VPU. “MA allowed us to do a lot of programming in a short period of time,” said Neethling.

With each choir comprising of 20 individuals on stage at a single time, the greatest challenge was to create mood or ambience. The set was designed to have colour in the background and from the sides, and a key focus was to ensure visibility of choir.

The season ended with team JR from Mpumalanga, initially seen as the underdogs of the competition, winning the coveted title.

DWR Distribution CC is the exclusive distributor of MA Lighting in South Africa.