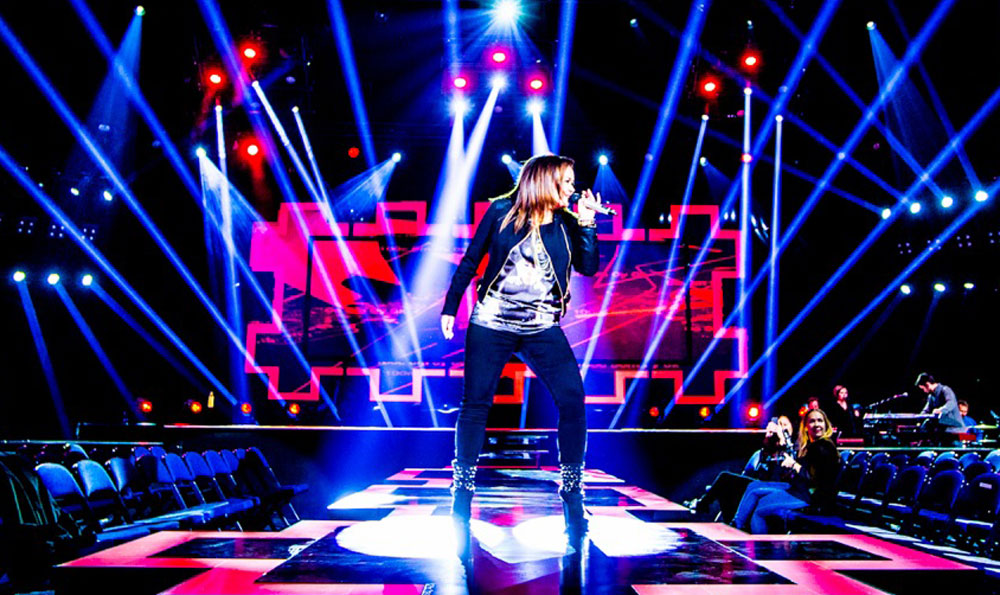 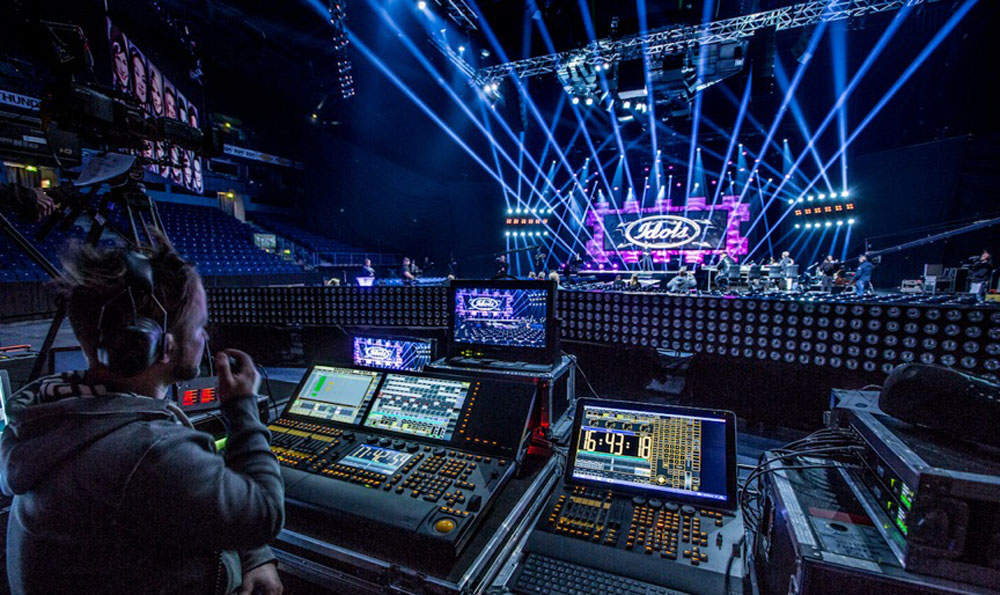 Airing on MTV3, “Idols” is a Finnish reality-television singing competition that debuted in the summer of 2003 and went on to become one of the most popular shows on Finnish television. Part of the Idol franchise, it originated from the reality program Pop Idol created by British entertainment executive Simon Fuller, which was first aired in 2001 in the United Kingdom.

Lighting, set and video designer Mikki Kunttu once again created a stunning design for the TV show that seeks to discover the best unsigned singer in Finland. To achieve this task, Kunttu relied on 1 x grandMA2 light and 1 x MA onPC command wing as backup for lighting control and stated: “grandMA2 is the only choice for me. As we are working on one of the most popular TV formats we had to use the best equipment on the market. The grandMA2 has never let me down.”

Kunttu continued: “This production is not set up in a TV studio but in a local ice-hockey arena. This means we had to load out overnight after each show and get in the day before the next one. So it was a very tough production schedule for both crew and equipment. But MA again proved to be rock solid.”

Pekka Martti was the lighting operator from Akuntehdas Oy, the lighting equipment supplier. Johan West co-ordinated the video that was provided by RGB Oy.